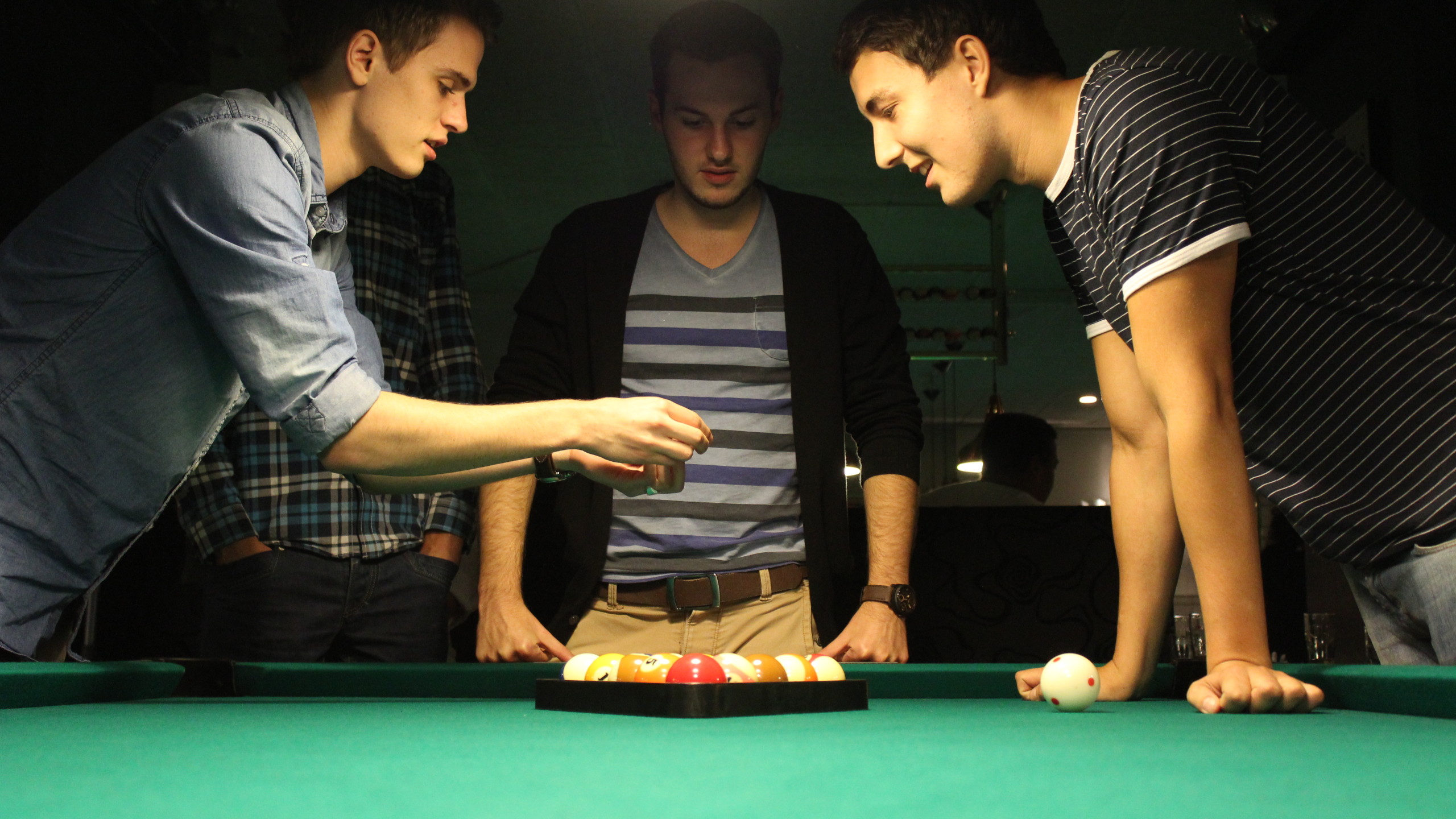 On Thursday 8 December the first event organized by the new Eerstejaarscommissie, the pool tournament, took place. It happened at a really nice ornamented pool café with a lot of pool tables and cool lights. The name of the cafe was Thurston Poolcafe, if you wanna go there and play some pool.

At 19:30, the competitors were ready for the competition to start. We had a big range of different expertise levels among the players, from people who didn't know how to play to people who knew all the rules and could play really well. The tournament started with 8 different tables and with 4 teams, more or less, for each table. After all teams of the table had played against each other, it was time for the best 2 teams of every table to go to the knock-out phase of the game. As the number of teams competing got smaller, the stress was building up for the final competitors, while the people who were already out of the competition were enjoying the rest of the evening, drinking and talking to each other and taking pictures. There were only 2 more teams left for the big final, which was between the team of Jan Jakob Heijenga and Rogier van de Kamp and the team of Nadim Hussainali and Yao Ee. The winners were the team of Nadim Hussainali and Yao Ee. And with this victory, the pooling event unfortunately was finished.