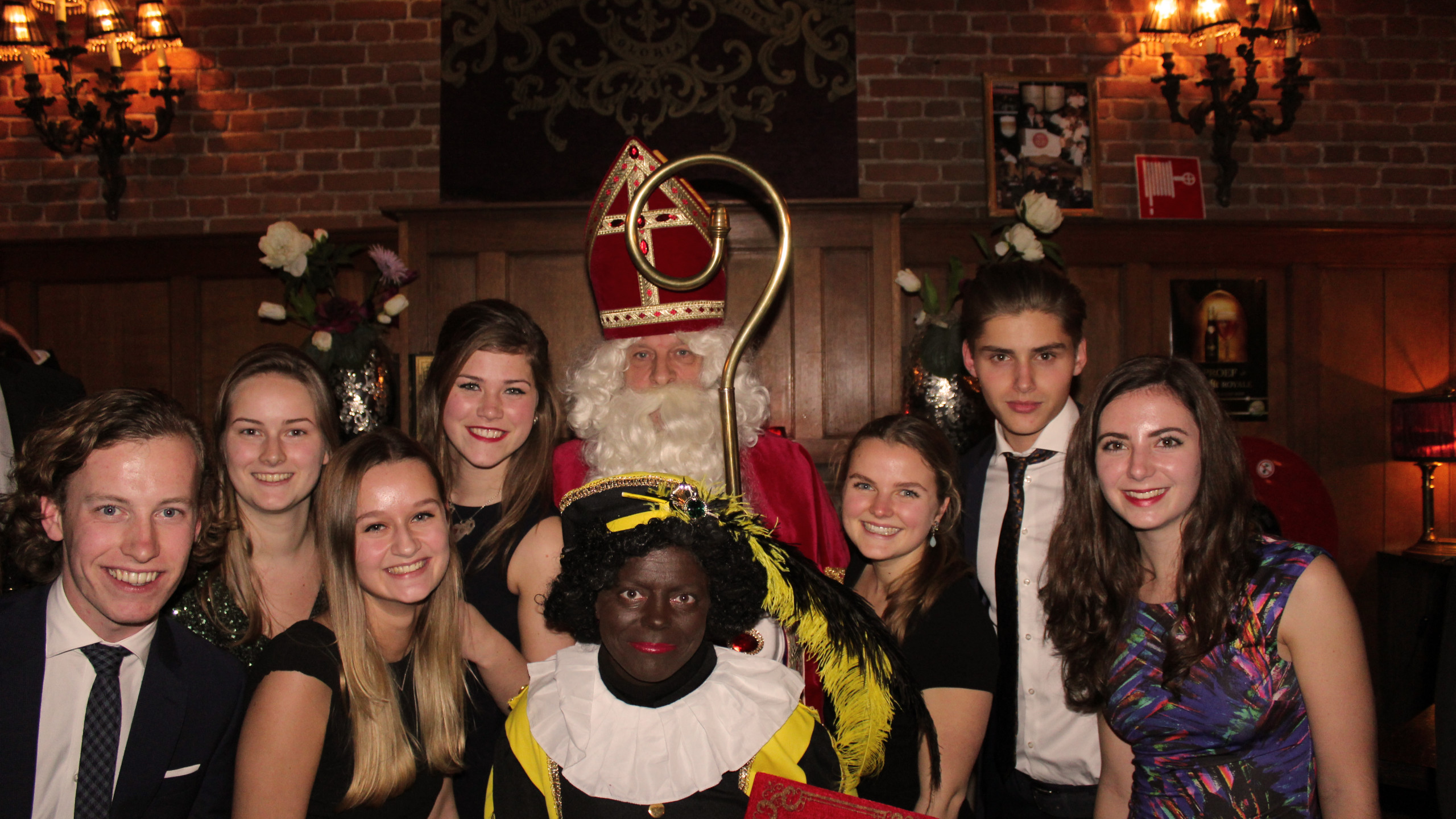 On the evening of Tuesday the first of December, 80 extremely well-dressed people turned up at Restaurant Grand Cafe Jazzclub Biblio, and they all turned out to be FAECTOR members! “What a coincidence,” you might think, but the opposite is true! We had all gathered there for the Activities Committee’s first event of the year (they had been relaxing long enough!), the Jazzy Dinner. A Jazzy Dinner is exactly what you think it is, namely a dinner during which jazz music is played. The band responsible for the music was JazzWerk, and we have to say: they did an excellent job!

When it was time to start with the first course, everyone was directed towards their tables (during every round, everyone would sit at a different table). We started with a short quiz, during which the 9 tables competed for some sunglasses. If you knew Mr. Brinkhuis’ favourite food (boerenkool with sausage), Mr. Heij’s favourite tv channel (Discovery) or Mr. Dollevoet’s favourite music genre (après-ski, and not happy hardcore, as 5 tables guessed), you were probably seated at the winning table.

After the first round, everyone went to a different table and this time we needed to guess which songs the band was playing. This was harder than you think and thanks to diehard Ramses Shaffy fan Mitch van Cittert our table did not end without a single point. The losing tables sought solace in their delicious-tasting food and the loss was soon forgotten.

When we had switched tables once more, it was time for an old-fashioned game of ‘Who am I?’. As it turned out, presenter Rob Huisman was Sinterklaas! And guess who entered the restaurant? Of course, everyone wanted a picture with him and the Zwarte Pieten bought all of us a free drink. Sint also had a poem for Activities Committee supervisor Jeroen Wernekinck (also on our site!). After dinner, we had some more drinks and the real hardcore party people continued the night in club BED, but as I am not one of them, unfortunately I can’t report on what happened there… Kudos to the AC for this fantastic night!