The Waffle
Christmas is nearly upon us and that means it's exam time again! Following somewhat of a crisis in the last exam period where the new Polak building experienced full capacity for long hours during the day, the Executive Board has come up with a solution which will both solve the crisis and allow them to afford that expensive Christmas present for their loved ones.

As a new way to control overcrowding, students now have the option to rent spaces in the Polak building. To avoid confrontation, this only counts for computer places, as the feedback from students has been that these spaces are of the highest demand. Of course, such a luxury comes at a cost as the demand for such spaces must be controlled, but the authorities are aware that students run on a tight budget. For a mere €1.00 you can rent a spot in the Polak building for four hours. For €1.50 you can extend this to seven hours. It is still being deliberated whether loyalty cards should be made available for keen students. A proposal is that if you rent a spot for three days straight, you can get a fourth day free! This is currently under much discussion though, as some people feel this destroys the purpose of the scheme in the first place.

I have already rented a computer spot for the whole week 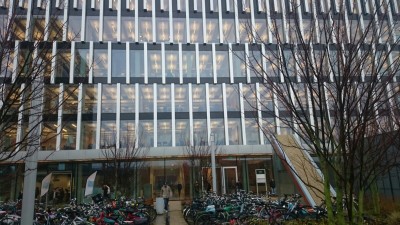 The new scheme will be implemented in the week starting the 14th of December. Tickets have already gone on sale in the V-building as of the morning of the 10th of December and the reaction has been immense with students queuing camping out in front of the building before doors even opened at 10 am. Scenes reminiscent of Black Friday were witnessed this morning; luckily no one was hurt. We spoke to one person who had been in the hustle and said she was delighted with the new scheme as she'd been struggling to get a spot for a while now. "I have already rented a computer spot for the whole week on the west side of the building on the fourth floor. I love that space as it has a great view of the city, so I can relax whilst I study, not having to worry about competition for places.”

Representatives of the scheme have also been delighted by the positive reaction by students. A spokesperson said: "We are amazed by how we've been able to help out in this crisis. Even better is that from the revenue we are now able to open the library on Christmas Eve and Christmas Day, we'd originally planned to be closed on these days."

Due to its success, it is now being attempted to make the scheme more luxurious so that even more money can be made. A massage start-up has offered its services for €5 an hour for students who have rented a spot. This is surely a very handy service to relieve yourself of any stress during these tough times.