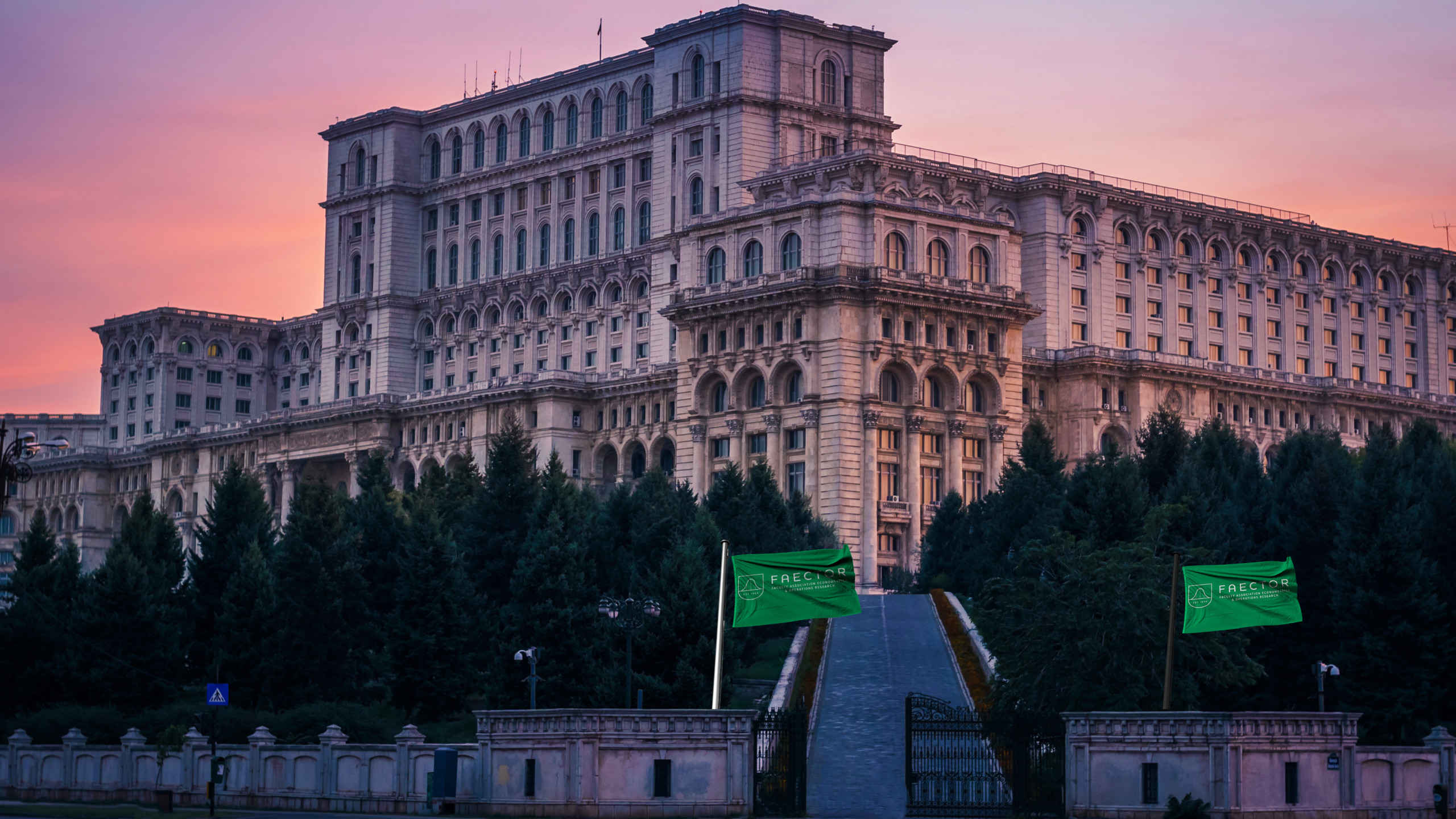 Do you belong to the beloved ones who managed to get a spot for the City trip to Bucharest? Then you should definitely read this article! We have collected the eight most remarkable facts about this vibrant city to make sure you will have an amazing weekend.

If you failed to gain one of those coveted spots, then it might be better to just skip this article and hide in your bed with a big bucket of Ben & Jerry’s…

1. The Parliament Palace is the world’s second largest Building in the world.

The palace, also called the people’s house, is the seat of the Romanian Parliament, housing the senate, the chamber of deputies, three museums and an international conference center. The building is 84m high, has an area of 365,000m^2 and a volume of 2,550,000m^3. In terms of weight, it’s even the heaviest building in the world. 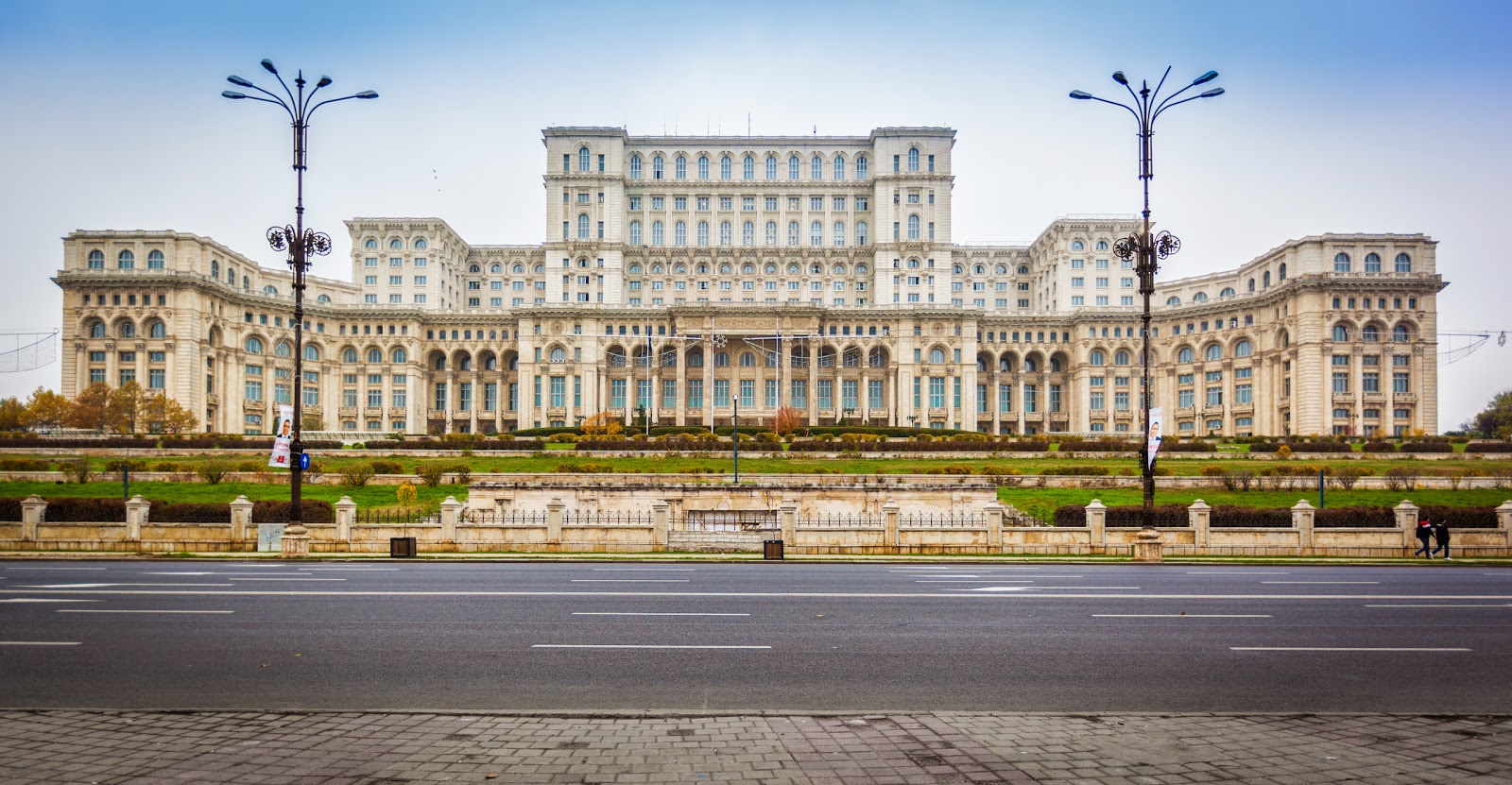 2. More than 10,000 people are bitten by stray-dogs in Bucharest every year.

64,000 stray dogs roam the streets in Bucharest. It’s one of the biggest problems in Bucharest and actually a nationwide problem. Dog bites occur on a regular basis and at least three deaths have occurred in Bucharest as a result of dogs biting citizens. So, you’d better stay with the group and do not enter the streets of this dangerous city all by yourself if don’t want to get eaten by one of those dogs.

In contrast to the communism based, old and shady machines the Romanians are still using,  the internet system in Bucharest is of really high quality. It is among the top 15 cities in the world with the fastest internet connection with an average download speed of 95.18 Mbps.

4. Bucharest’s transit network is the fourth largest in Europe

Besides the fact that public transport in Bucharest is really cheap, it also covers the whole city and even its surrounding areas. The city has hundreds of bus and tram routes; busses and trams run from 04:30 in the morning till 23:00 in the evening. Besides these methods of transport, the city also runs four metro lines. However, during rush hour, these services are really crowded and you should be wary of pickpockets. Of course there are also a lot of taxis in the city. You can recognise these taxis by their yellow colour. Yet some of these taxis are not safe (you might get ripped off by the so-called 'Monkey' tactic), you should only take taxis that work for a trusted company which you can recognise by the taxi logo on the cars. The Dutch television programme 'Oplichters in het Buitenland' gives you a taste of it.

Dental tourism is really popular in Bucharest and in the rest of Romania. People from all over the world come to Bucharest in search for a professional and affordable (you can get a seventy percent discount rate) modern dental treatment. If you consider to brighten up your smile, you may want to visit this site; http://www.romaniandentaltourism.com.

The centre of Bucharest is a real paradise for party people during weekends. With an overabundance of bars, clubs, casinos and neonlight, the Lipscani District is the perfect place to start your evening. Note to our male readers: Romanian women are known for their stunning looks during a night out (#Mada), they prepare themselves really well. So if you want to hook up with ones these pretty ladies, you’d better take care of your looks.

Bucharest is a really colourful and cultural city. Legend says that the city is named after a shepherd called Dambovita Bucur, which literally means joy. Besides, the architecture is really impressive as well. In some parts you can also really see French influence on the buildings. This is also why some people call Budapest the Paris of the Balkan.

For one litre of beer (‘bere’ in Romanian), you pay, on average, only €1,52 and for one packet of cigarettes this is € 3,76. Having dinner is also really cheap in Bucharest, you pay only € 5,02, on average, per person in a regular restaurant. Besides the food and the drinks, public transport is really affordable as well, the price of an one-way ticket is around € 0,63. So you don’t have to live like a poor vagabond for the rest of the month when you are home again (;