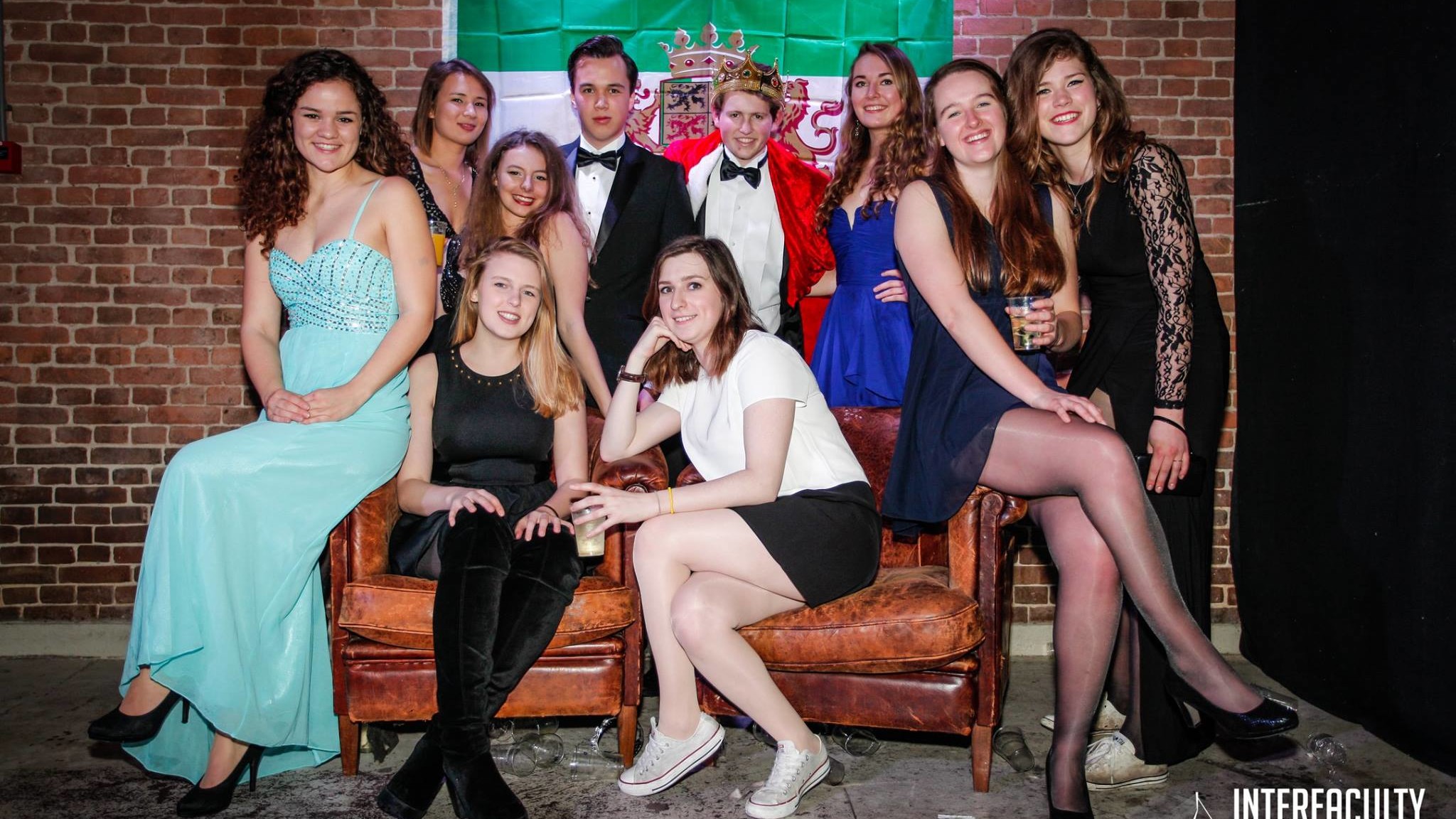 On the 21st of January, the yearly Interfaculty Gala took place. Together with several other study associations, FAECTOR had organised this Rotterdam Royal Gala. Around 10 p.m., a group of really fancy dressed people showed up at Eethiek, looking forward to an amazing evening, partly because of the unlimited drinking, partly because of all those good-looking people and partly just because of wanting to have a good party.

The dress code was black tie: a long pretty dress for the ladies and a nice tuxedo for the men. Most of us had respected this code and were wearing nice royal clothes. However, there were also many people (especially the girls) who didn’t give a shit about this code. This wasn’t a problem either, since it spiced things up a bit and everybody looked really pretty in his or her own way (at least at the beginning of the evening…).

When all entered the beautiful room, it became immediately clear that it would be an amazing and spectacular evening. Of course, in the beginning everybody was still acting very royal and was careful not to ruin their dresses and suits, since the pictures still had to be taken. But after a couple of drinks everybody was having fun. As the night progressed, the dancing floor was becoming more crowded and the number of empty bottles accumulated. Most of us didn’t behave that royal anymore and it seemed that some had even forgotten that they were wearing such fancy clothing.

Unfortunately, the evening had to come to an end around 3 a.m. The lights went on again and it became clear that some of the stunning looks people had at the beginning of the evening hadn’t survived the spectacular evening, but it was totally worth it. Many of us started a cold a journey in the dark night in search for their home or the nearest HAS to satisfy their food cravings. In the end, all got home (or somewhere else) safely and could look back at a crazy evening.