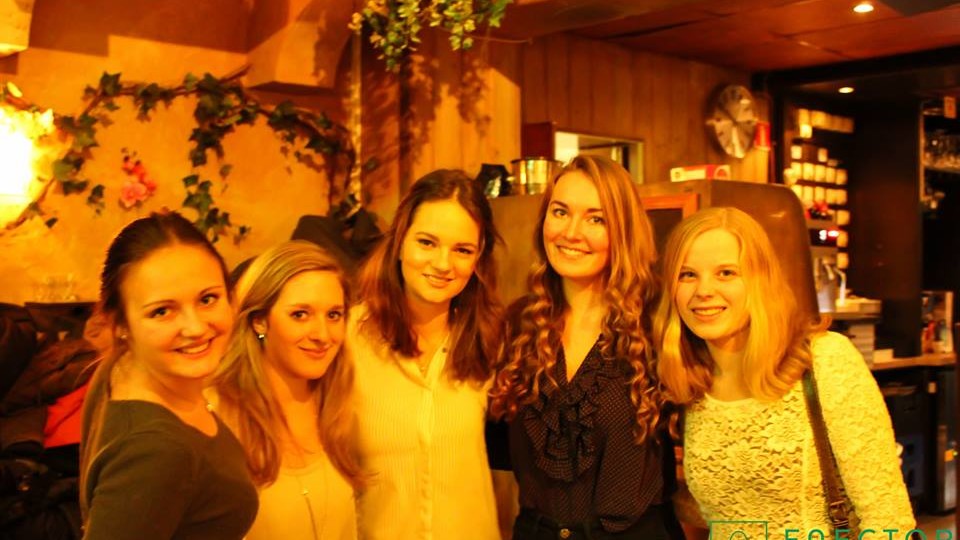 A new year has started, new ideas, new chances, a new bar and what can’t be missed is a FAECTOR After Exam Drink, to see your FAECTOR friends and drink a lot 50 cents beers. And to test if you didn’t forget all your knowledge in econometrics during the winter break, especially during New Year’s, the AC organized the Battle of Econometricians before the drink. You could test your knowledge in econometrics, countries and songs!

The event took place in the new FAECTOR bar, Eetcafe Concordia, where 12 groups of very smart econometricians tried their best to win the prize. The first round was ‘econometrics’, a bunch of questions was asked about formulas and equations. It might have been a little difficult for first years, as they don’t know most of the subjects of econometrics, however, it was quite easy to remember the Poisson distribution or the sine function. Another part of the round was trying to guess from 15 baby photos which ones were from the board members; some were easy, others were quite difficult. But was really cute to see the baby pictures of the board members, except Mitch’s, who was a party pooper and didn’t send his. The second round had the theme ‘International’ and had different sub rounds: you had to guess which city a picture was taken in, which food was from which country and which person was from which country for a given continent (which you could interpret as from which country are the hot guys in Europe and the old guys in South America). The third round was about songs: trying to guess the song, fill in the missing words of the song and those kind of things. It is quite difficult, because you start singing the song and when they stop the song you just start babbling, not knowing the rest of the song. The last round was a random round in which you had to try to guess what would happen next in a video or who was being drawn.

At the end of the round, before they let us know who won the battle, there was one more challenge to come: what was going to be the destination of the city trip? A city with cheap beer and with the second biggest building in Europe. A lot of people tried guessing, you could hear Porto and Warsaw a lot of times, among other cities. Finally, the city turned out to be  Bucharest, the capital of Romania! After so much excitement about the city, they finally told us who won the Battle of Econometricians and the Bestimator Team was in 3rd place, which I regretted not joining since my team was in last place. But let’s go back to the winners that were actually as well a team of first years: their team was Slader United. They got a 1 liter bottle of Jägermeister and a beautiful cup of Frozen to drink the Jägermeister and a CD of Frozen to listen as well while drinking.

After all the thinking in the battle, you could enjoy your 0.50 cents beer because the New Year’s drink had started and you remembered how you much you missed the cheap beers and talking to your FAECTOR friends during the holidays. This is just the beginning of the year and there are still a lot of drinks to come and of opportunities to celebrate with your friends! Let the year begin!