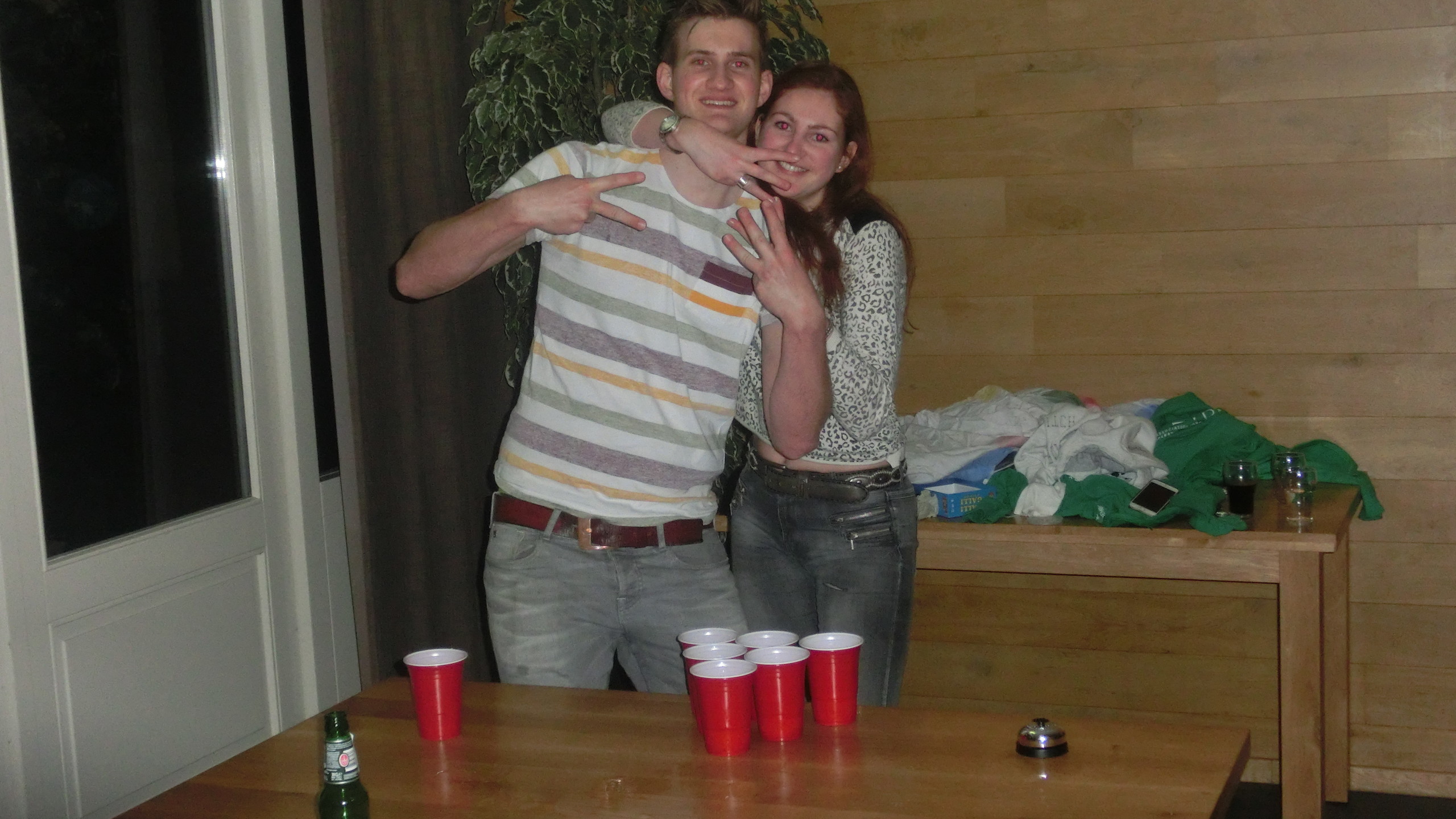 During Active Members Weekend, a lot of ragecage was played. The precise rules of this game are not of importance for this puzzle, the only thing you need to know is that there stand 30 cups filled with beer on the table. However, someone replaced one of the cups of beer with a cup of Captain Morgan. Kauther found out the Captain Morgan was poisoned with a slow-working poison that would kill the drinker in 24 hours, which is also how much time before the game would start. She was allowed to ask some other FAECTOR members to drink a little of the cups to find out which contained the poison. What is the smallest number of members she needs to find out which cup was poisoned? Assume she doesn’t care how many people die in the process.

Solution to the previous puzzle: the trick is that the €2 should not be added to the €27, but subtracted from it! In total, Luc, Mechteld and Sjoerd spent €27, of which €25 went to food and €2 went to Mitch!