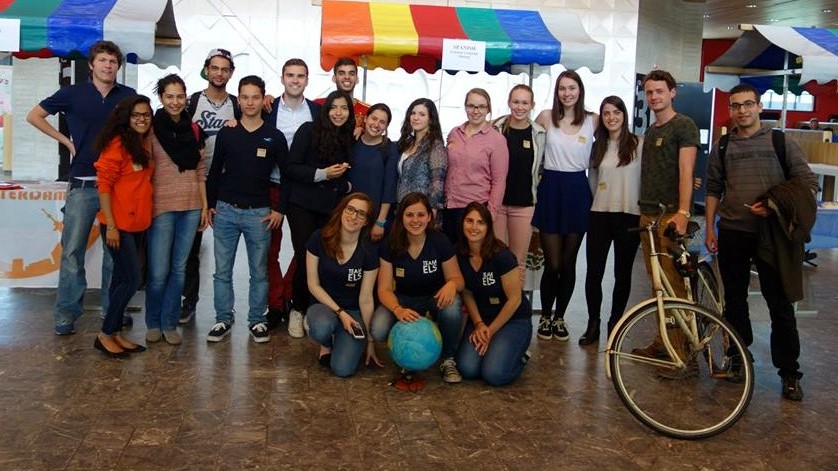 Erasmus Language Sharing is rapidly expanding since its start in April 2015. To learn more about the organization, its concept and its goals, we invited ELS’ President and Secretary Milena Zychlinsky Scharff for an interview.

How did Erasmus Language Sharing start?

Last year, the University Council was looking for new opportunities for international students to work and get to know each other, but also to provide the opportunity to learn Dutch at an affordable price.

The idea for ELS came from two econometrics bachelor students, Florine Groenen and Jan Radermacher. Florine was on exchange to Portugal where she taught Dutch, and Jan was in the University Council at that point. In winter 2014-15, they talked about their experiences and developed the concept of Erasmus Language Sharing. From there they pitched it to the university, and in April 2015 ELS officially became part of the university. We’ve been operating ever since.

When did you get involved?

The first time I heard about it was in March. At that time, I was a member of the International Student Panel. Florine and Jan came to one of our sessions to present their concept. I thought it was very interesting, and when Jan asked me after the meeting if I thought of anyone who wanted to become one of ELS’ student assistants I immediately said: “Yes, me!”

So I was brought in for an interview, and then later joined the team. Before Florine graduated and passed on the presidency to me, I fulfilled the role of a secretary. Since then I am responsible for scheduling all lessons, and making sure communication with ELS students, coaches, and the university runs smoothly.

Erasmus Language Sharing is run by students, for students.

What makes ELS different from other language centres?

The main difference is that we run the organisation on a by-students-for-students basis. Our coaches are not professional language teachers, but are native speakers who have a passion for their language and culture.

Also, ELS is about much more than just learning a language; through social events and a particular focus on a language’s culture we want students to get a feeling for the people who speak these languages in their countries.

But clearly, also the finances differ compared to other language centres. Our lessons only cost €45 for 10 sessions, because we want every student to be able to afford learning a language with us.

How many languages do you currently teach?

For our first semester we offered 10 languages, but starting this February we are moving on to 12. Let me see if I can get this right: we teach Dutch, English, German, French, Italian, Spanish, Portuguese, Russian, Mandarin, and Arabic. And our new language courses are Japanese and Hindi.

We’ll also be expanding into more levels. So for example, if you took Arabic base 1, you can now also take base 2 with us. 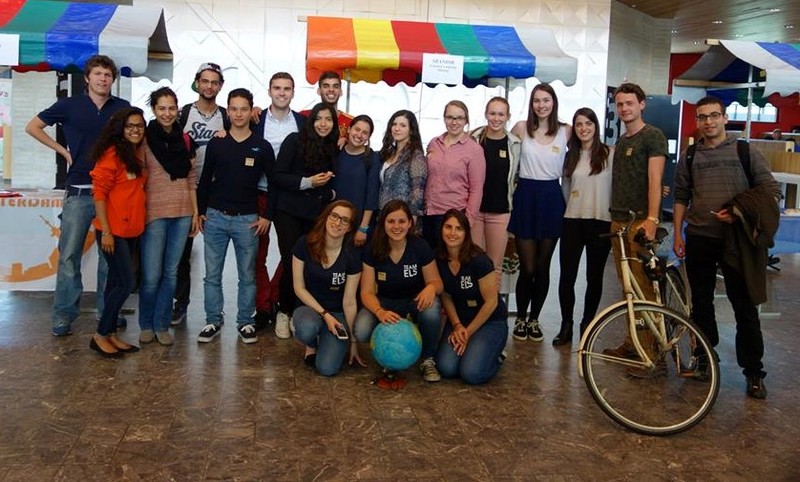 The ELS coaches and team

How do you determine which languages to offer?

We gradually expanded our portfolio, and having started with six languages for the very first sessions in last April, we have now doubled the number of languages we offer in little less than a year. In the beginning, we focused on the most spoken languages here on campus, and with most of them being European, it was also easier for us to develop all the teaching material. Because we wanted to see where the demand was, we then held a small competition on Facebook, asking students which language they would like to learn. It was basically a win-win-situation, the winner received a free ELS course and we came to offer Japanese and Hindi.

You said earlier that culture plays an important role for you at ELS. Why is that?

We believe that teaching about the culture is necessary to truly understand the language – compared to just being able to introduce yourself. Take for example Dutch, German, Mandarin, or Hindi. All these languages are coined by their cultures. For us, it is therefore very important that when you learn a language at ELS, and you visit that country, you understand not only what people say to you, but also how they eat and party, how they live their lives.

You can imagine, this is often easier said than done. Most languages, like Spanish for instance, are very culturally diverse, spoken in countries all over the world. To give students the opportunity to learn about the different cultures of that language, our coaches focus on what they know best. For Spanish, we have three coaches – two of them from Spain, and one from Mexico. From semester to semester, we switch back-and-forth so that you learn more about life in Spain in your first semester, and then focus on Mexican culture in your second.

We want to create an international    communit​y where students from different countries can get together and connect!

Is this also why ELS hosts social events like the ‘Dia de Muertos’?

Exactly! We don’t only want to offer language lessons, but also create an international community where students from different countries can get together and connect, even if they don’t take the same classes.

Our goal is to have an event every month or every second month, but we always want it to be topically relatable to one of the languages. We try to choose dates that match national celebrations or events. So when the Dia de Muertos – the day of the dead – was celebrated in Mexico in the beginning of November, we organised a small lecture with drinks and snacks in a Mexican café here in Rotterdam.

It was really a lot of fun! Many of us had their face painted similarly to what you can see at the parades in Mexico, and students had the opportunity to practice their language skills with each other. Naturally, the food was also excellent. But it was also very informative, and even though I am Mexican myself, I learned many new things about the Dia de Muertos.

Do you already have a plan for ELS’ next social event?

The idea might still change, but currently we are planning to hold an international food fare at the end of February. In cooperation with ESN, KASEUR, and EUCSA, we want to bring many different cultures together to show the international diversity this university has to offer. I can’t tell you much more, but there will definitely be more announcements!

We run our operations like a business – a non-profit business of course, but still a business. 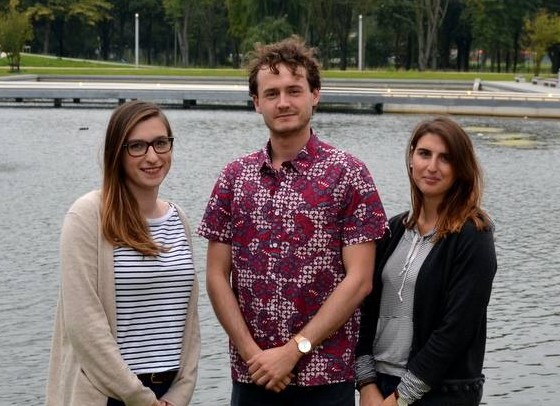 Can you give us some insights into the students behind ELS? What was one of the challenges you and your team had to face while running this organisation?

I think all of us went into this very blue eyed. We knew it was going to be a lot of work, but the amount of time we had to spend on Excel, for example, was crazy. We run our operations like a business – a non-profit business of course, but still a business – and so there were many things we had to figure out at the beginning. Knowing when to advertise and when to start subscriptions, for example, or how to keep communication smooth with all coaches and the university simultaneously. All three of us work eight hours a week, but it’s not a job where you work from 8am to 9pm and then you go home, no, you work till you get the job done. We really had to get used to that at first, and so time management was one of our earliest challenges.

What are the goals you and your team have set for yourself?

We are still a young organisation, so one of our main goals is to become financially independent by the end of this year. Currently we are covering the teaching costs, room costs, and all the other costs you couldn’t even think of before you see the excel sheet. But we also want to cover our costs, the costs of us three student assistants.

When our kids come to Erasmus, they’ll take a class at ELS.

But more importantly, we want to leave a lasting impression and continue growing at a sustainable rate. Our goal is that if you are studying here at EUR in a few years and you want to learn a new language, you think about ELS. Florine and Jan always said: “When our kids come to Erasmus, they’ll take a class at ELS.” And really, this is what we are working for. As the first team to run Erasmus Language Sharing, it is our main goal to lay a solid foundation for the teams to come, so generations of students have the opportunity to take one of our classes!

Subscriptions for the second Erasmus Language Sharing semester have just opened now February, 1st! Sign up right here to learn a new language with ELS, or get more info on their website here!