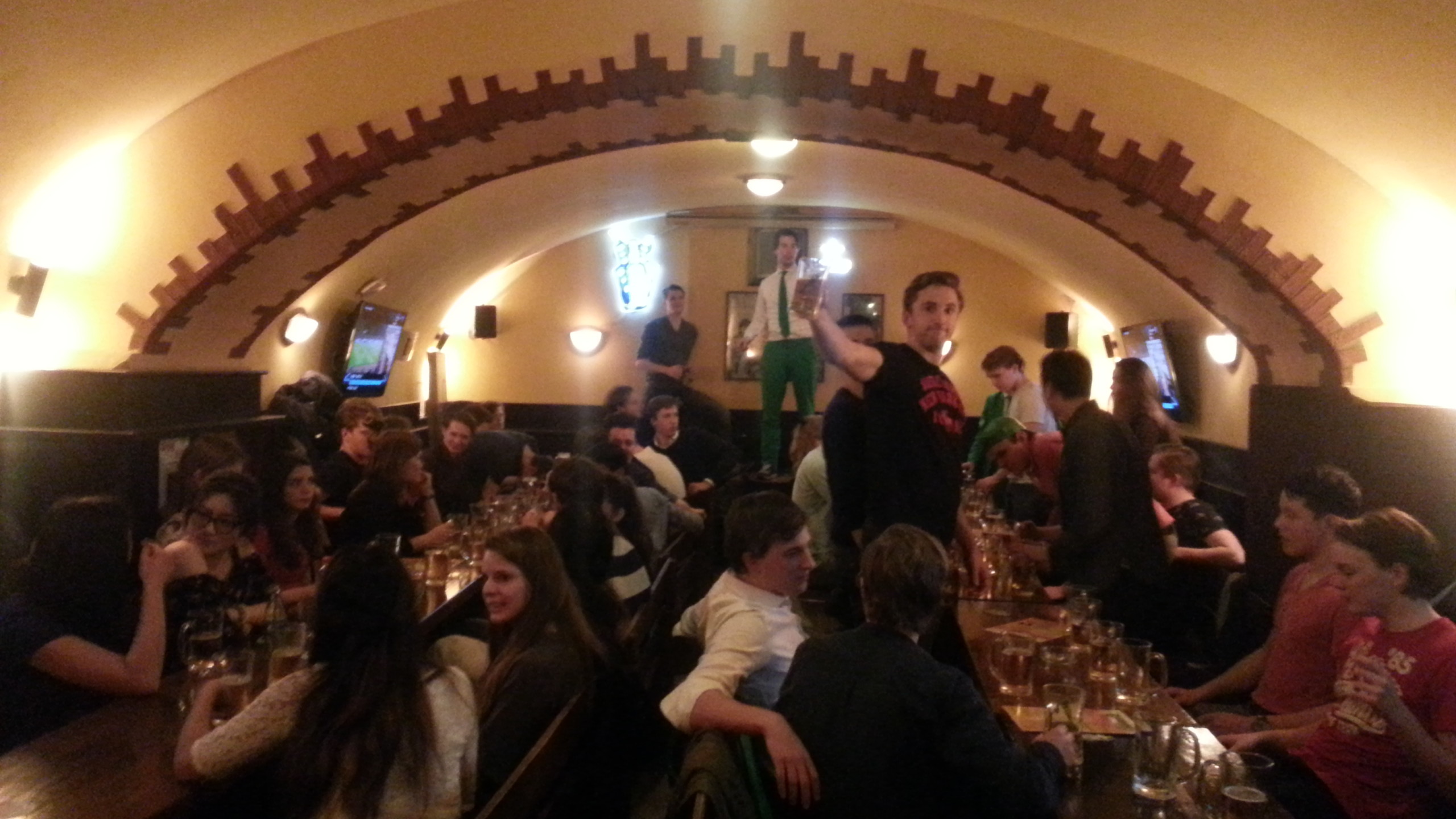 In the early morning of the 11th of March 2016, a group of sixty blessed students started a long journey to the country of Dracula, bani and cheap beer: Romania! The party already started during the bus trip where the ‘Totale Escalatie mix’ was played as a warming up for the rest of the weekend.

When we arrived in Brussels, we first decided to make a picture of all those handsome and still fresh looking people before the madness would start. Once we were all checked in and no one was missing, we could enter our (almost) private FAECTOR plane. The AC could breathe a sigh of relief again and as soon as the plane had departed, the FAECTOR party started. Some of us were having deep conversations about the purpose of life with their neighbours, while others were just preparing themselves for the weekend by taking a little nap. After three hours of being high up in the sky and a shaky descent we arrived in the city where all the FAECTOR magic would happen: Bucharest.

After the Romanian police had checked the passports of all those criminally looking students, we continued our journey in the bus. After some short sightseeing, we arrived at the hostel. Once the beds were prepared for the heavy night, the poor souls who were starving could finally enjoy a culinary masterpiece at McDonald’s. However, others had different priorities and started to prepare themselves for the coming night by doing their make up.  Around 21h and a FAECTOR 15 minutes later, we walked to the centre of Bucharest where we started the weekend with a Pub Crawl. Our lovely guide called Madalina accompanied us and showed us the best (hidden) bars in Bucharest. A couple of beers later and only a few lei lighter, the party had really started and everybody was having a great time.

After a great night of partying we could all enjoy a delicious (hangover) brunch at ‘Caru’ cu Bere’ the next morning. Then it was finally time to sniff some culture (which was the reason why we all signed up for this weekend after all) and we went to the Palace of Parliament where we got a really nice tour through the second largest administrative building in the world. During this tour we were told about the harsh Soviet period and about the time the dictators were in power, which was really interesting. After the tour everybody could go his or her own way. Some went for a great shopping session, while others just wanted to take a nap to prepare themselves for another night of partying. Around 20:30h (and again a FAECTOR 15 minutes later) it was time to go to Shoteria. Here the barkeeper showed us his impressive skills (see the pictures) and we all got five shots to get in the mood, which appeared to be a perfect start of an unforgettable (or forgettable for some of us) night. Afterwards we continued the party in some other clubs and pubs in Bucharest where some of us showed their dazzling dancing skills. When all were tired, we started a cold journey back to the hostel. Some of us were actually still in the party mood and started a big adventure in the huge Carrefour, which was, luckily for us, opened 24/7. New everlasting friendships were made here and the Carrefour became rich of all the food we bought. A couple of hours later (and a huge amount of lei lighter) everybody had arrived at the hostel safely again.

The next day we could challenge our damaged brain cells in the escape rooms. During this game it appeared that some of us could work together really well, while others did not understand the game really well. Rumour has it that some guys even tried to escape only wearing their underwear. However, in the end we all escaped and no one had to stay in Bucharest. After this thrilling afternoon we could relax a bit again. We had a delicious three-course dinner together as a group at the beautiful Hanul Manuc to celebrate the last evening of this weekend. Afterwards we went to a real German ‘Oktoberfest’ pub where we ended this amazing weekend.

The next morning it was time to pack our suitcases again and to say goodbye to Bucharest. Some pretended to be millionaires by buying overpriced bottles of water and souvenirs with their leftover lei. During the flight many of us were telling their great stories, while others were just so tired that they couldn’t say a thing anymore, which was a sign that all of us had an amazing weekend. Once we arrived in Rotterdam on Monday evening, it was time to say goodbye. This was a heart-breaking moment, but we could all look back at an unforgettable weekend!

Many thanks to the AC, since without them this weekend wouldn’t have been so great!