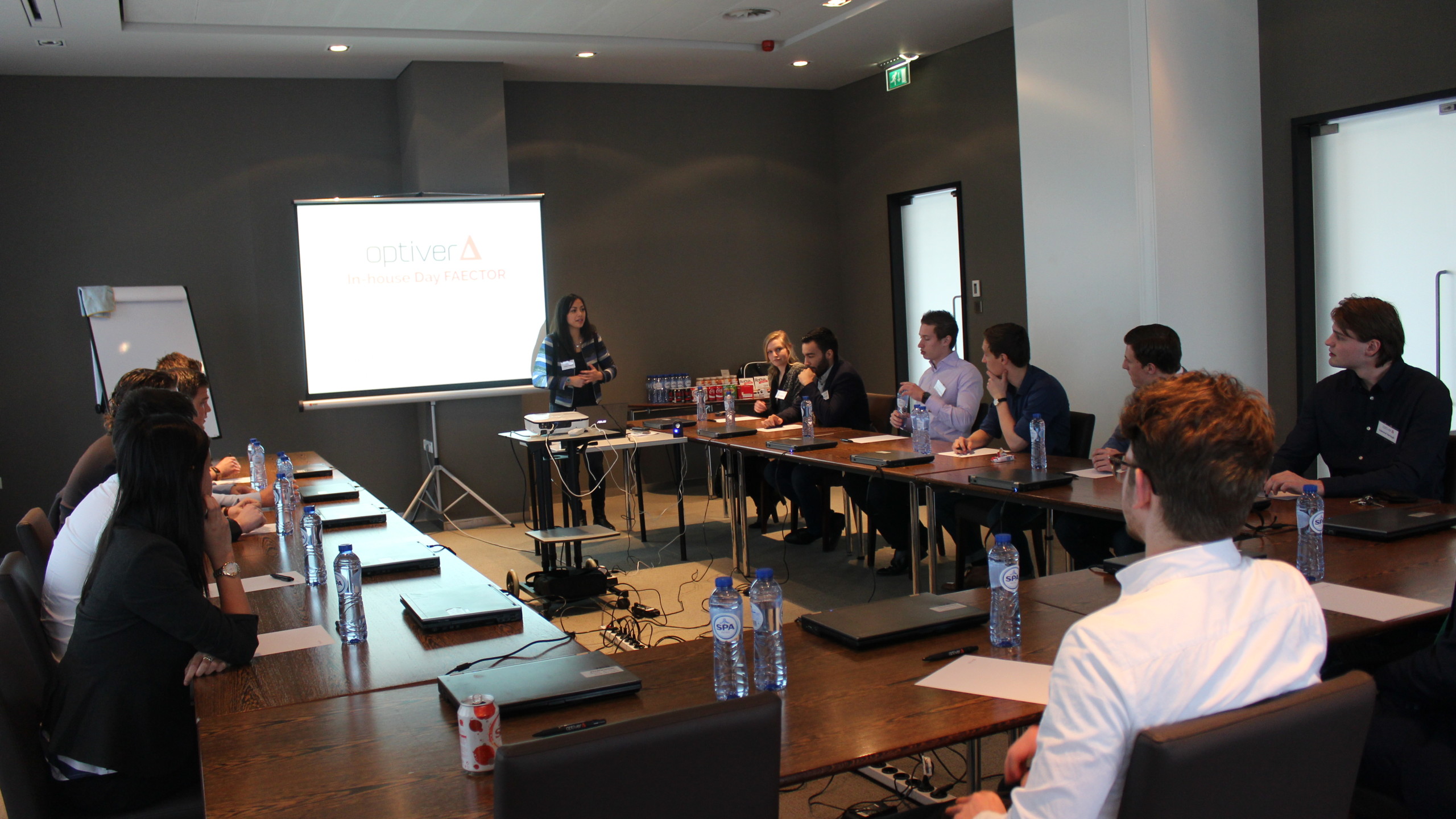 On Tuesday the fifth of April, a group of 16 FAECTOR members went to Amsterdam to visit the trading firm Optiver. The day started with a small challenge, as the train we were supposed to take had suddenly disappeared from the timetable, but fortunately, Career Officer Jelle Geerts showed some of the quick thinking we would all be needing later that day by finding a different train that would take us to our destination with a small detour.

After having arrived in Amsterdam, we started off with a presentation about Optiver as a company and what Optiver does. The firm is a market maker, which means that they keep bid and ask prices of for example stocks close together by constantly buying and selling at slightly different prices. However, before the fun of the trading game could start, we first all took the mandatory arithmetic test that all prospective employees take as part of the application procedure. We had 8 minutes to answer 80 multiple choice questions, with their difficulty varying from “74 - 29” to “0.078/0.13”. Sebastian Heselaars was the quickest arithmetician, easily scoring enough points to be hired, which was not the case for most others.

After having seen the trading floor, it was time for the trading game. During the trading game, we constantly had to buy or sell a certain stock or quote its price to brokers, thereby trying to make a profit. I’m proud to say I made a nice (virtual) €3,200 profit in ten minutes, but unfortunately I apparently had exceeded my risk limit by far many times, which cost me a lot of points. Eric van Engelen was the glorious winner with a profit of €10,000, without even taking excessive risk. For those who had lost thousands of euros, there was consolation in the form of pizza and drinks during the concluding social drink with the Optiver employees.