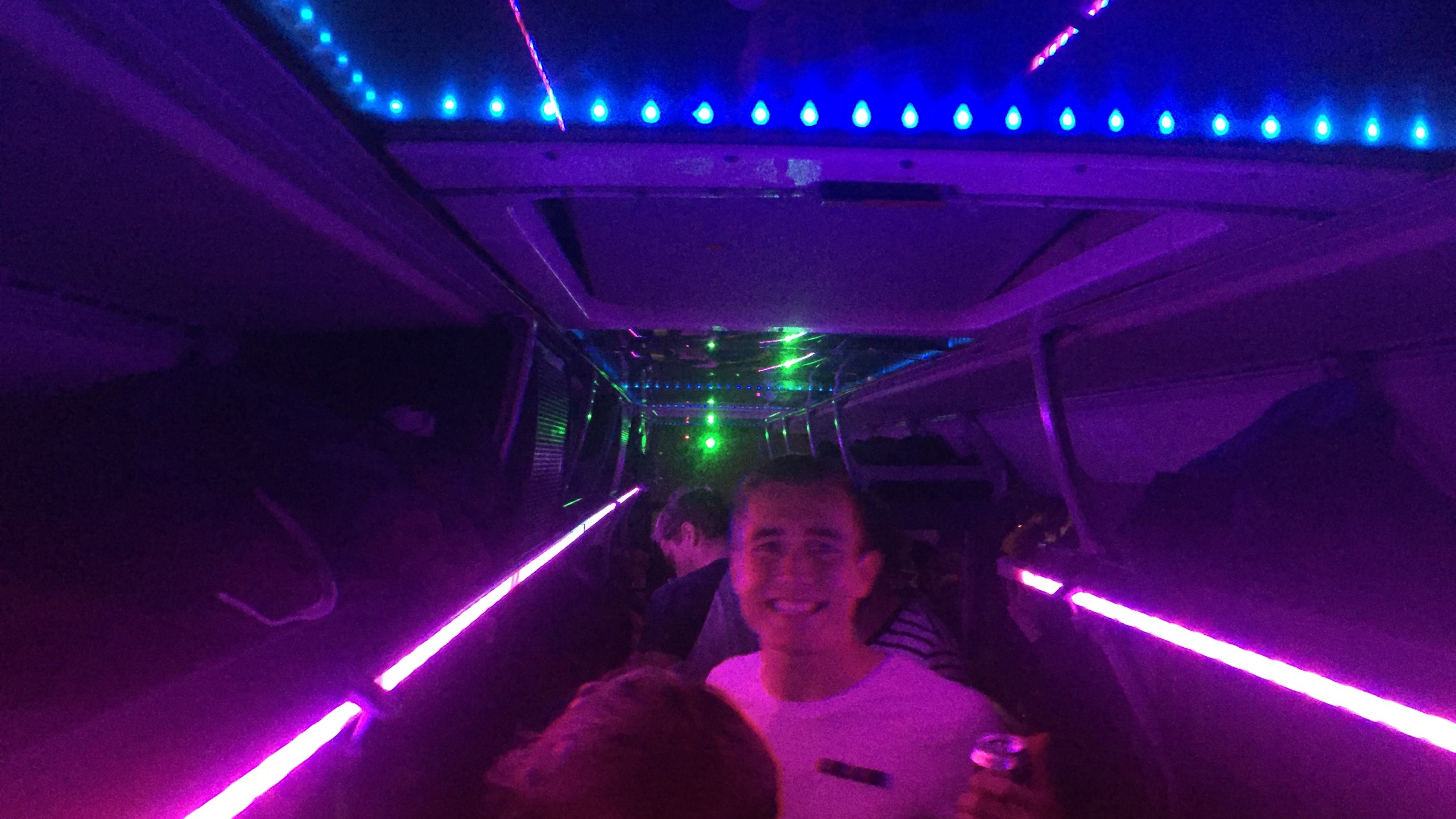 On the evening of the 27th of May, three party buses loaded with excited econometricians headed to a secret location, where the Project XXX party would take place. Everybody was curious about where we would go, since the only thing that was told was that you really needed an ID or Passport (so no driving license). For some of us this a bit of a problem, but luckily for them, some sweet parents and boyfriends were so kind to bring them their necessary documents. Of course, everybody had its own idea where would go, would it be Paris, Lewes or just Rotterdam? None of this appeared to be true and the real location was a secret until we arrived there.

However, as soon as everyone entered the buses, the party already started and everybody had forgotten about where we would go. With real party lights and enough beer and wine to create a great party, we drove southwards. Unfortunately, one of the buses couldn’t handle our awesomeness and stopped working. After some rescheduling and great organisation of the committee, everybody was in a bus again, which was a real challenge, since the most of us couldn’t think that clearly anymore. After a break of an hour we could continue our journey, all still excited and looking forward to an amazing night. But before we would really arrive at the location, there was another little break to pay a quick visit to the toilet and to make sure that we could start partying immediately as we arrived.

A couple of hours after we had left our beloved campus, we finally arrived at the place where all the FAECTOR magic would happen. At first sight it seemed that we were landed in the red light district of Amsterdam, which some us seemed to really enjoy (a certain British member of the Estimator Committee who wishes to remain anonymous). Fortunately, nothing could be further from the truth and it appeared that we had arrived in Antwerp! We headed to Club d’Anvers and as soon as we all had entered the building, the party could continue. Now it was really time to celebrate FAECTOR’s birthday and to dance the night away. Yet, some of us were not capable anymore of dancing (or even standing on their feet) anymore and decided to take a little nap or to socialize with the locals, but everybody was having a great time (except for the poor soul who fell asleep on the toilet and missed the bus back home).

Around 03:30 it was time to leave again and to start a challenging search for the buses. After a shaky and a thrilling route along the river, the most of us were back in time and could rest in the bus. The way home was a bit more quiet than the outward journey, but the real diehards who couldn’t stop continued their party in the bus. Around 05:30 we arrived safely at the campus again and we could all go to our beloved beds.

Many thanks to the Lustrum Committee for organising this amazing night!