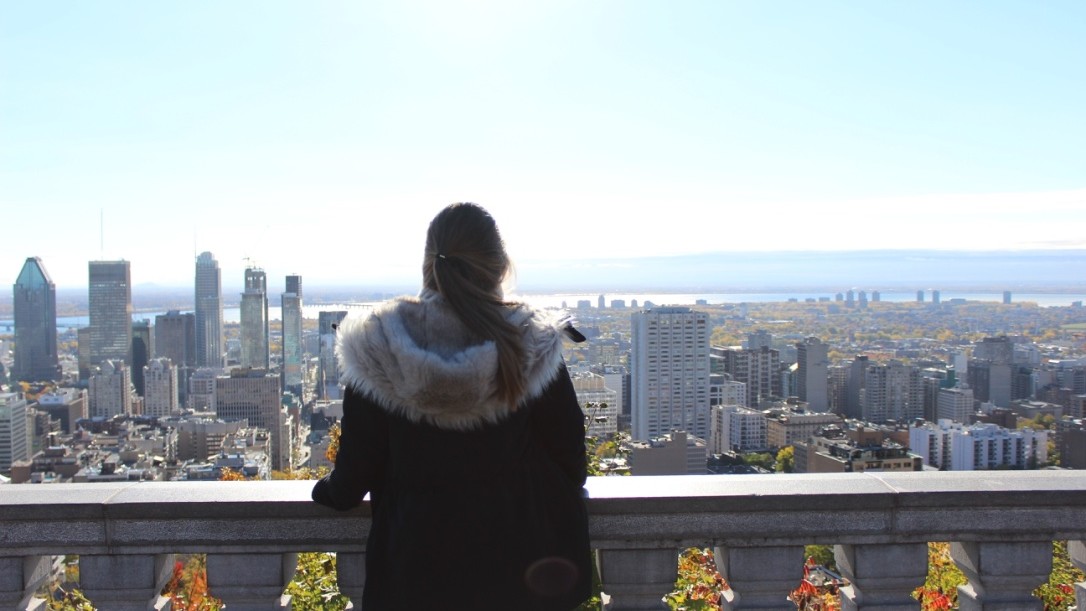 At the time of writing this it is already two months ago that I left Rotterdam for an exciting new destination, Toronto! Since that moment on, my life has been a rollercoaster. I ate Canadian Poutine, saw my first ice hockey game and discovered the amazing city of Drake.

I live on the campus of York University to be more precise. I live in a sort of dorm, which I share with another lovely Dutchy. The university is located in one of the suburbs of Toronto. The campus is huge and around 53 000 students are enrolled here. My first week on campus really felt like a movie. The campus looks like a small city in itself, there is even a small shopping mall. Sports play an important role here, especially the so-called ‘York Lions’, which is the varsity team of this university. They even have cheerleaders and mascots. Besides the sport teams, there are hundreds of other clubs you can join.

Unfortunately, I also need to study a bit. I am mainly taking economics and business courses, but these courses force me not in such extreme despair as some of our lovely econometric courses did. Lectures are given on a way smaller scale than in Rotterdam; there are usually around 30 people in one class. Another thing that I needed to get used to, is the fact that a lecture lasts for 3 hours and sometimes the teacher doesn’t even take a break. You can probably imagine that I was extremely tired after my first day of class, as I have two lectures per day (on the days that I have class).

However, I don’t spend much time in university, since I am free on Mondays, Thursdays and Fridays. During my weekends I am usually travelling or exploring new parts of the city. Toronto is a really cool city to live, since it is a perfect location to discover several parts in Canada. You can enjoy the metropolitan life in Toronto, but if you drive for a couple of hours, you are in the typical beautiful Canadian nature. The city is also known for its film industry. If you thought that Suits was recorded in New York, then you are wrong. The Pearson-Specter building is located in the financial district of Toronto. Scenes of the movie Suicide Squad were shot in Toronto as well.  Another thing that I like about Toronto is the fact that it is near to the American Border, so it is also possible to catch a glimpse of America. In November I will go to Washington during the elections and at the end of the semester I will travel to New York.

In the end, I didn’t even have to carry my own suitcases, because everybody was so nice to help me.

Apart from being in Toronto, one of the things I really like about being on exchange (which is a bit cliché) is that I have met people from all over the world. It is so cool to see the differences and similarities between all the different cultures.  All the exchange students are very kind and open-minded people. We all want to have a fun time and see as much as possible from Canada. There is always someone to hang out or travel with, which makes me never feel lonely. Another thing I like about being in Canada are the Canadian people. Already during the first day in Toronto, I noticed that Canadian people are extremely kind. They always want to help you and they say sorry all the time, even when something is not their fault. The first week I stayed in a hostel and during the weekend I was moving to campus. I was struggling with my two huge suitcases in the subway (there was no elevator) when suddenly someone grabbed one of my suitcases out of my hands. At first I was shocked, because I thought that he tried to steal it, but it appeared that he just wanted to carry my suitcase to the subway, which is of course really polite. In the end, I didn’t even have to carry my own suitcases, because everybody was so nice to help me.

So for me, being on exchange in Canada has been an amazing experience so far. It has so much to offer and it is really different from our own tiny country. Being on exchange is a great opportunity to see more of the world and to broaden your horizon.

I highly recommend going on exchange to everybody!