As the United States’ 58th election is coming to a close, we want to analyse the consequences of its outcome on one of the most important subjects, the economy. 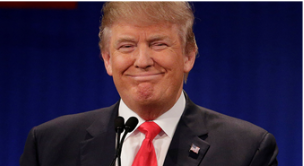 Republican nominee Donald Trump is a businessman in heart and soul, and this is reflected in his political agenda. His background becomes particularly determinative in his economic policies. We will elaborate his stance on the core topics: jobs, taxes and trade.

Although economic growth has returned after a recession that hit the US hard, job growth is struggling to keep up. Therefore many Americans doubt whether America’s current policies will assure the growth it needs and Trump takes advantage out of this incertitude. He warns that the nation is about to go into an irreversible economic decline if no action is taken, while at the same time arguing

"If we do what we have to do correctly, we can create the biggest economic boom in this country since the New Deal when our vast infrastructure was first put into place. It's a no-brainer. It's so obvious that even the Democrats can figure it out."

–Donald Trump, “Great Again: How to fix our crippled America”

His solution to this apparently simple problem comes in the form of tax reductions, specifically corporate tax, in a bid to increase business expenditure and as a result create a larger workforce.

Trump’s tax plan has everything you would expect from one designed by a businessman: it’s all about cutting. His new plan, released in September 2016, includes a 15 percent business tax rate, down from the 35 percent the United States currently applies. Moreover, it sets the top individual tax rate at 33 percent, down from today’s  39.6 percent. While all of these measures will have a negative effect on government revenue in the first place, the idea is this will be compensated by a higher GDP.

Trump has a rather distinct view on trade. In his opinion, current trade agreements like NAFTA (North American Free Trade Agreement) are failing the US and should be renegotiated. Furthermore, he argues that tariffs should be implemented which favour American manufacturers, quite odd for a businessman isn’t it?