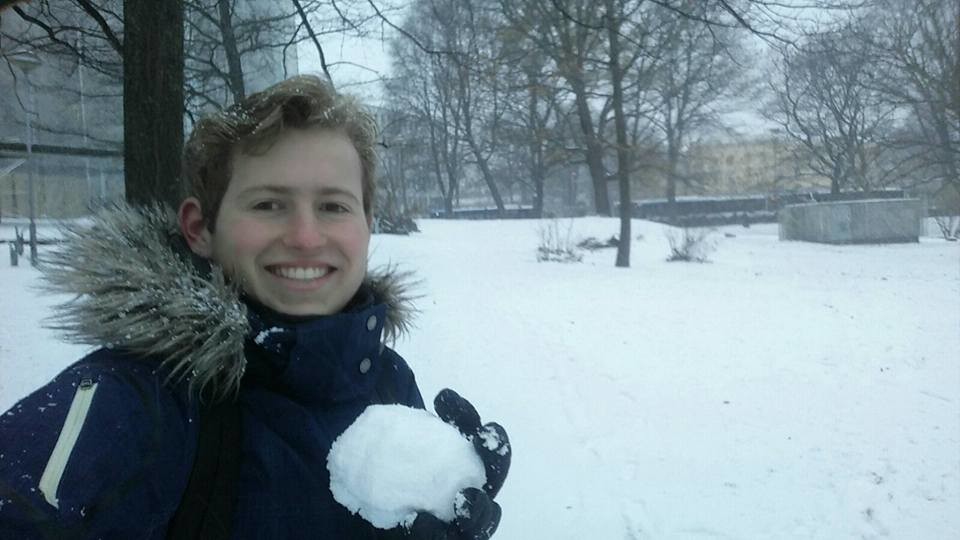 Moi! I’m Rogier and currently on exchange in the beautiful Helsinki in Finland! By now, almost 2 months have passed and so far it is an amazing experience. Not only is there a crazy amount of things to do, since I’ve never been in Finland and its neighbouring countries are nearby, I met tons of new people all looking for some adventure and a great few months. Next to exploring Helsinki and surroundings, a visit to Turku (the old capital) and other cities in Finland, I’ve already been to Tallinn in Estonia, the beautiful fjords of the Lofoten in Norway and also St. Petersburg was one of the destinations.

The first two weeks after arrival were full of parties and meeting new friends to also spend my exchange with. In these weeks I also got to know Helsinki a lot. I was lucky to get an apartment in the centre of Helsinki, which made it easier for me to see the city. Not only did I see the countless small islands there are, the city is full of small surprises and even after 2 months it feels like I haven’t even seen half of the city. The city centre is actually quite small, but the Finnish culture is very interesting.

...it always escalates before the end of the party.

One of the best things in student life is the sitsit. It looks a lot like our beer cantus, but instead of beer, you’re supposed to drink wine and shot some vodka. Also, instead of just singing and drinking, you’ll receive a 3-course meal and people need to make a toast on something before they introduce a song. Normally you’re supposed to dress formal, although themed sitsits occur often. I can’t go into a lot of details, because it always escalates before the end of the party. However, the afterparty is always good and ending up with less or more things than you came with is not unusual.

Moreover, the sauna is like heaven for Finnish people. There are more saunas than cars in Finland, making it of course almost mandatory to go into a sauna. A big part of the population has its own sauna, even I in my student housing. The best experience I had so far was on Helsinki Sauna Day, where saunas all around the city are opened for public. Although Finns are very introvert, sitting with 10 people naked in a 2-squared-metres sauna is perfectly normal. Also, beer or another alcoholic drink is poured onto the stones without a single hesitation. There even are big sauna resorts, with multiple kinds of saunas and swimming pools with water of the Baltic Sea.

When coming to Helsinki, there are a few things you need to see or do. One of them is ice hockey, as it is the biggest sport in Finland. Helsinki has two big teams, Jokerit and HIFK. So far I’ve been to 2 matches of Jokerit, who plays in a league against Russian and East-European teams. Of course the American show is present, with a lot of dramatic light effects, kiss cams and showgirls. Unfortunately, they lost both matches I attended so far. In the spirit of ice hockey, let me stick to the cold temperature. At the time of writing, it’s the beginning of November and the earliest winter since 2002 has arrived. Not only do we have a temperature below 0 degrees, it even snowed! After coming home, some friends and I went straight on to the best sledding park in Helsinki. As smart as we are, we of course didn’t buy a sleigh, even though it was still 5 o’clock (and yes, already dark). Instead, we had a small crate, some empty pizza boxes in it to soften the sitting spot and a garbage bag. Obviously, the small crate didn’t work, so we tried some things with the garbage bag. Since the hill was not steep enough in the end, we ended up on a large slide hurting our asses because of some bumps in the slide.

I can talk on and on about things I did during these past 2 months, but I rather look ahead. I still have a weekend in a cottage somewhere in Finland coming up and I’ll visit Lapland in the beginning of December. Plus, Stockholm and the small islands of Åland are also two of the targets. So much to do, so little time, but my exchange is already an unforgettable time.