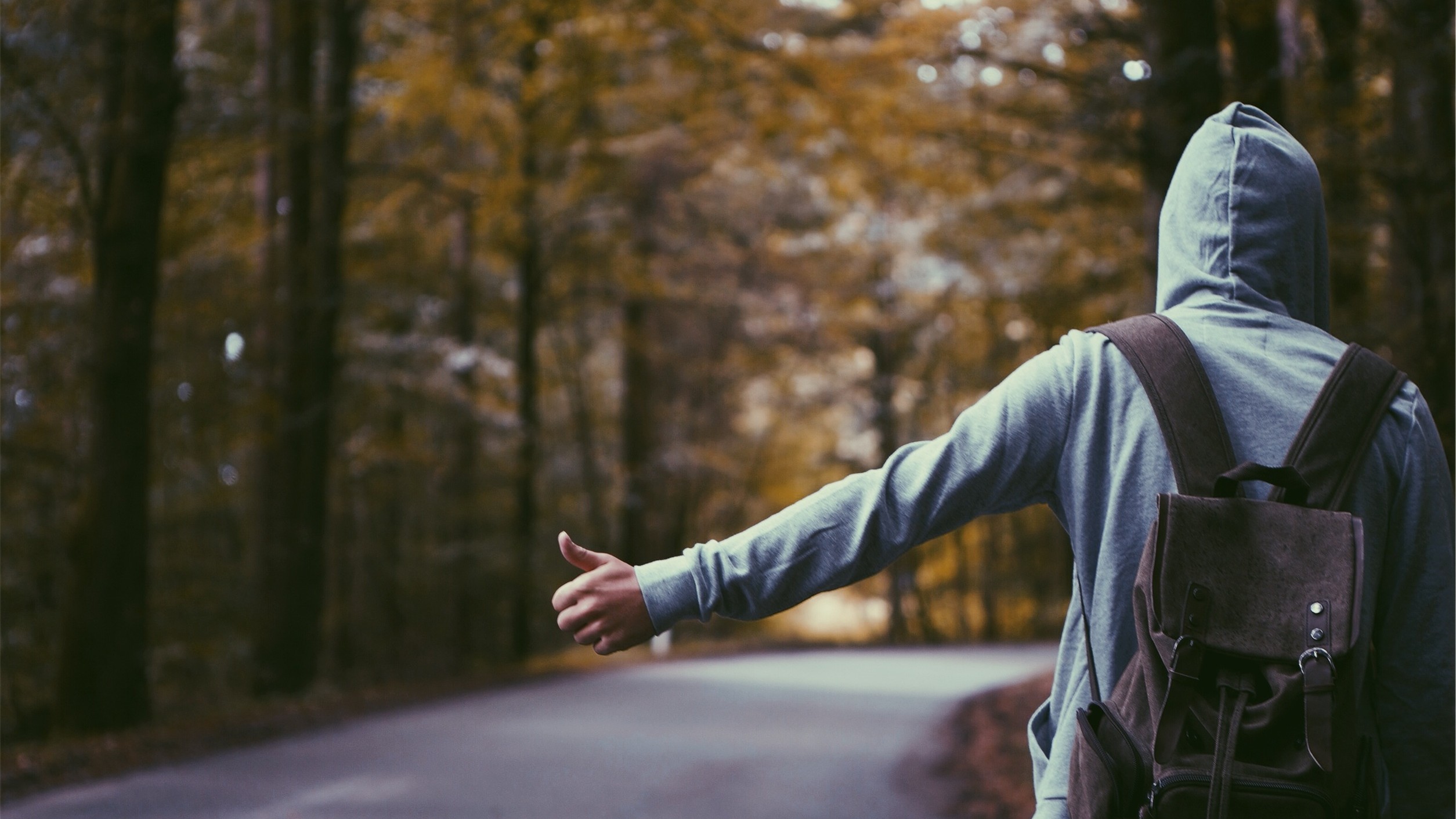 In the early morning of the 25th of May, a group of our most bravest active members gathered in front of the Polak building. Dressed in their craziest outfits, they were ready to hitchhike to a destination unknown. With 12 teams present, the competition was steep and everyone’s hearts were full of excitement.

Hereby, we bring you a step closer to our adventure, by presenting you with our travelling blog. 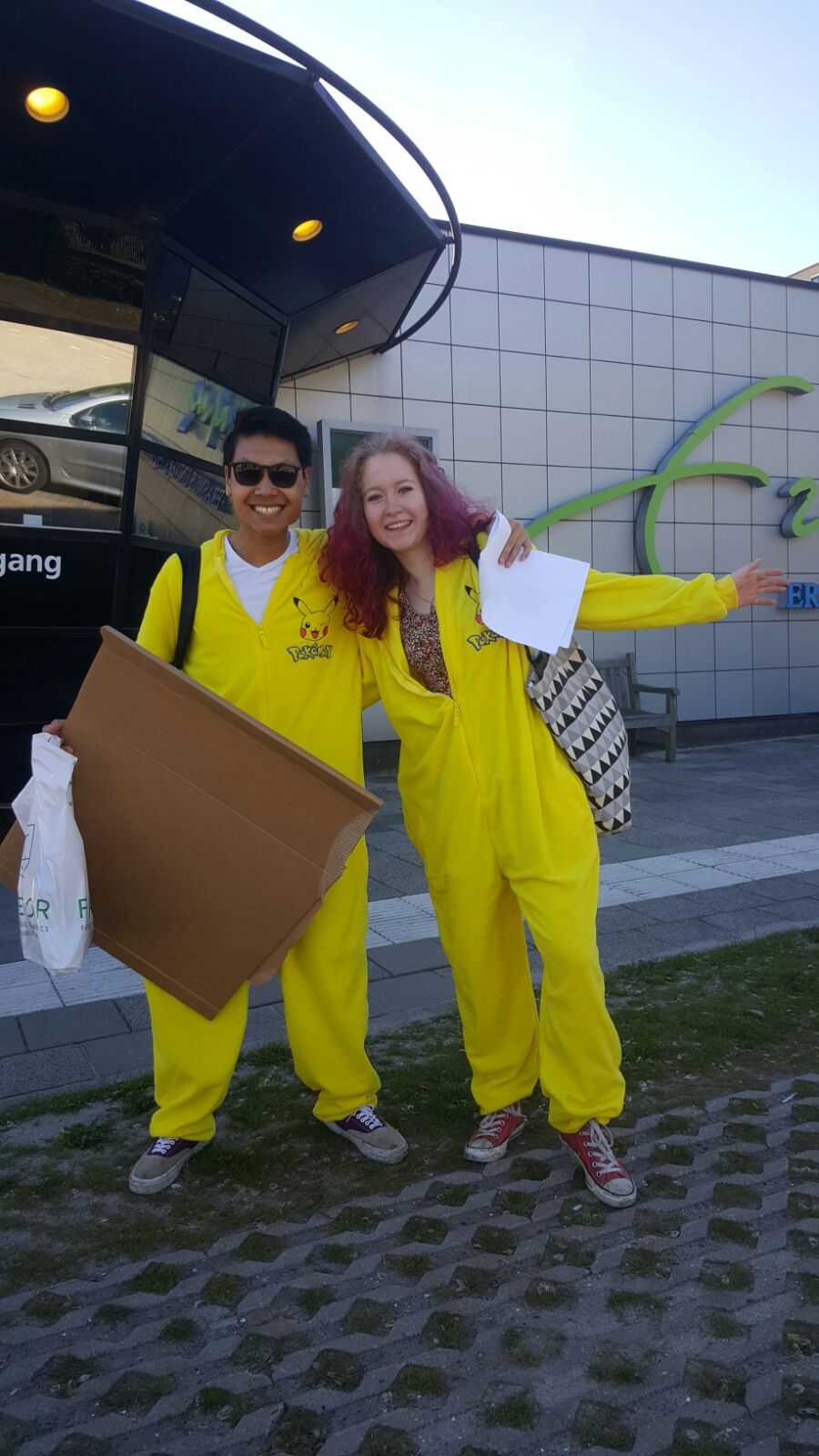 When we finally heard our destination was Lille, France, we suited up in Pokémon onesies. Armed with cardboards, markers and snack packs, we headed off to the nearest highway entrance. We started on a positive note, but as hundreds of cars passed by, we realised our luck was not in our favour. 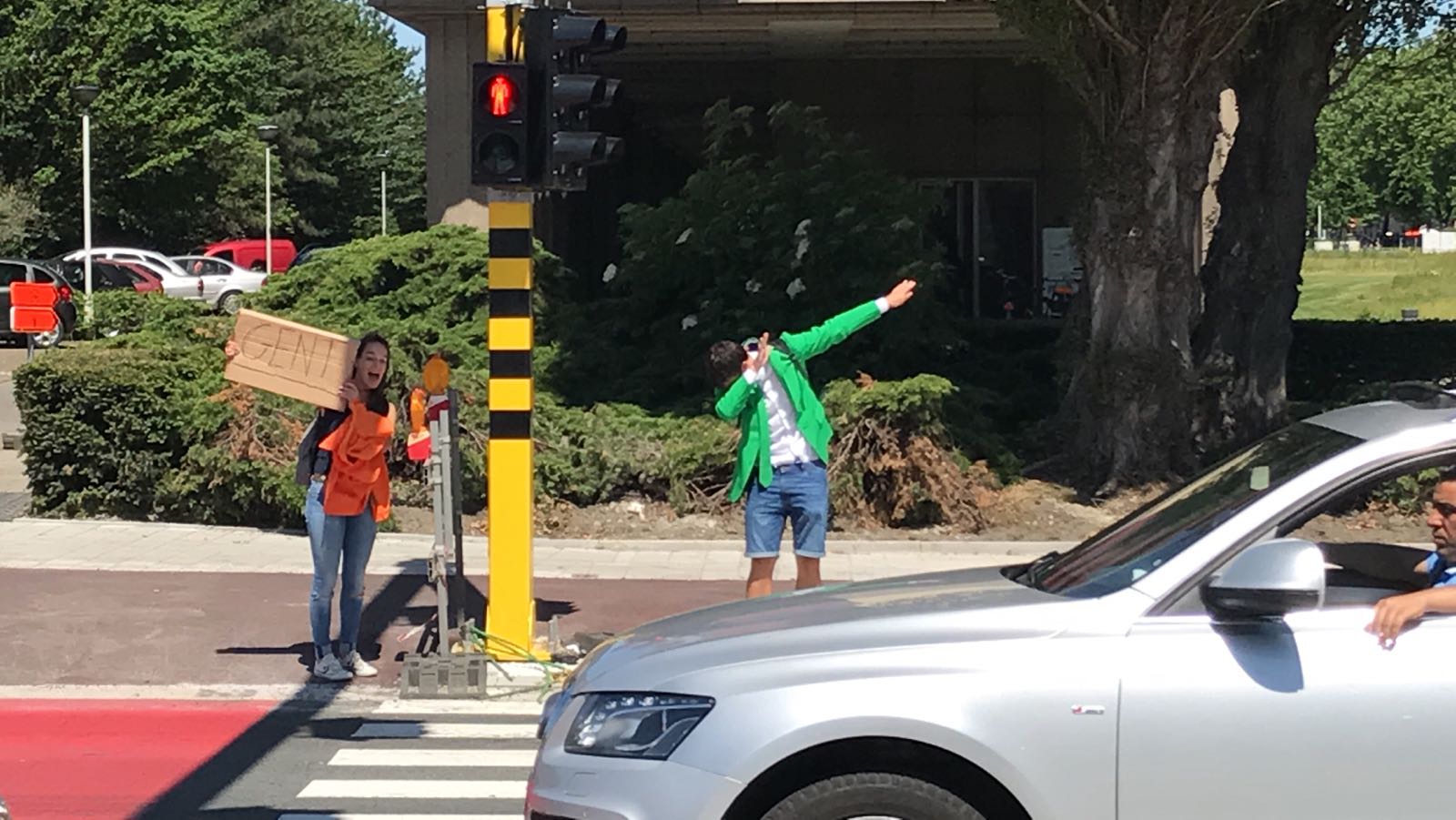 After an hour of waiting in the sun, the onesies were getting a bit hot, and with multiple teams getting picked up right in front of us, this was definitely not the start we were hoping for. We decided to move to the nearest gas station, because it seemed to be the sweet spot for hitchhikers.

Finally, our first car! Two hours after we started, we got picked up by two Belgian guys and fortunately for us they were on their way to Antwerp. Little did we know, we were off for a bumpy ride. Cruising through traffic at the high speed of 180 km per hour, we were met by a huge traffic jam. The temperatures rose as our hosts revealed that the air conditioning was broken. We were scared of what awaited us next. 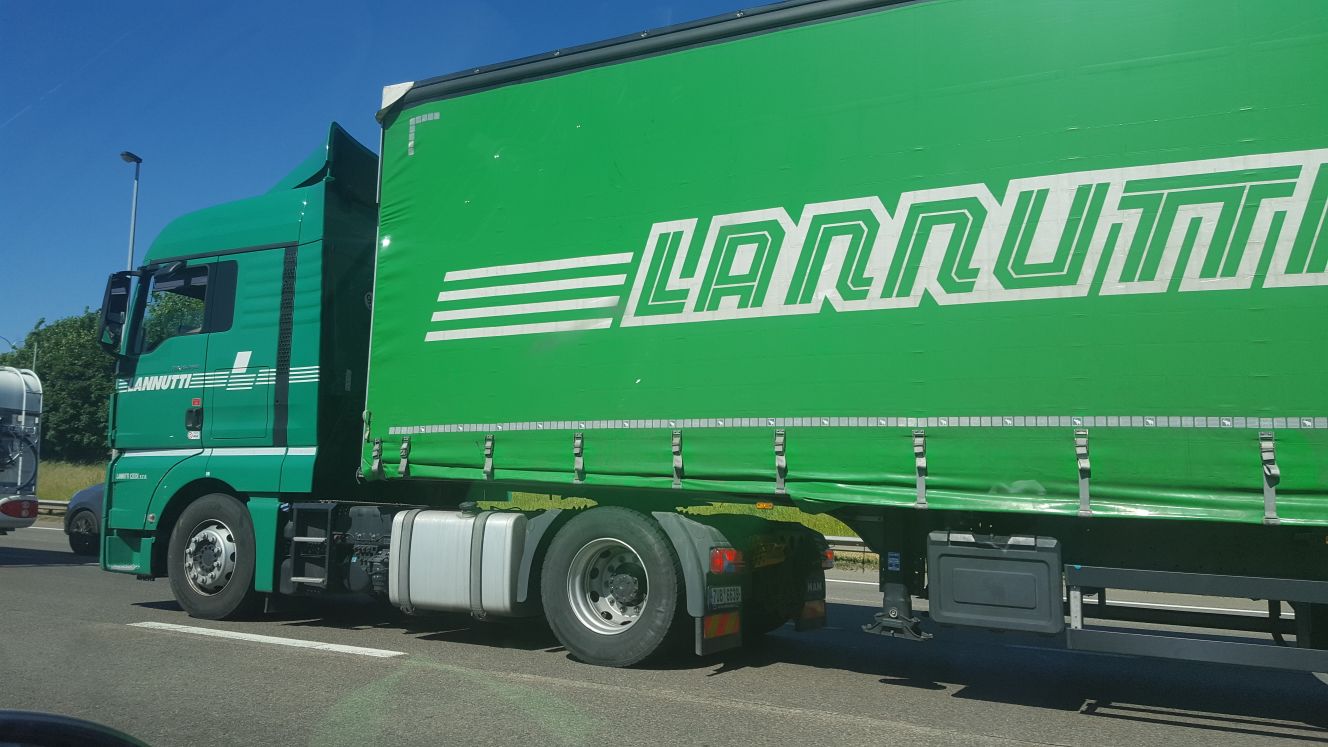 Luckily, even the high temperatures couldn’t get us down, and if they did, there was nothing that coffee and lunch couldn’t fix. Also, we were finally in Antwerp! With new hopes in our hearts, we quickly changed the signs and waited for our second car to arrive.

Our luck was growing, after waiting for only half an hour, a second car stopped. Now, we were getting the taste of a real hitchhiking experience. Picked up by two Australian guys, we were entertained with stories of festivals and what it like to be a professional photographer. Unfortunately, we had to part ways in Ghent. 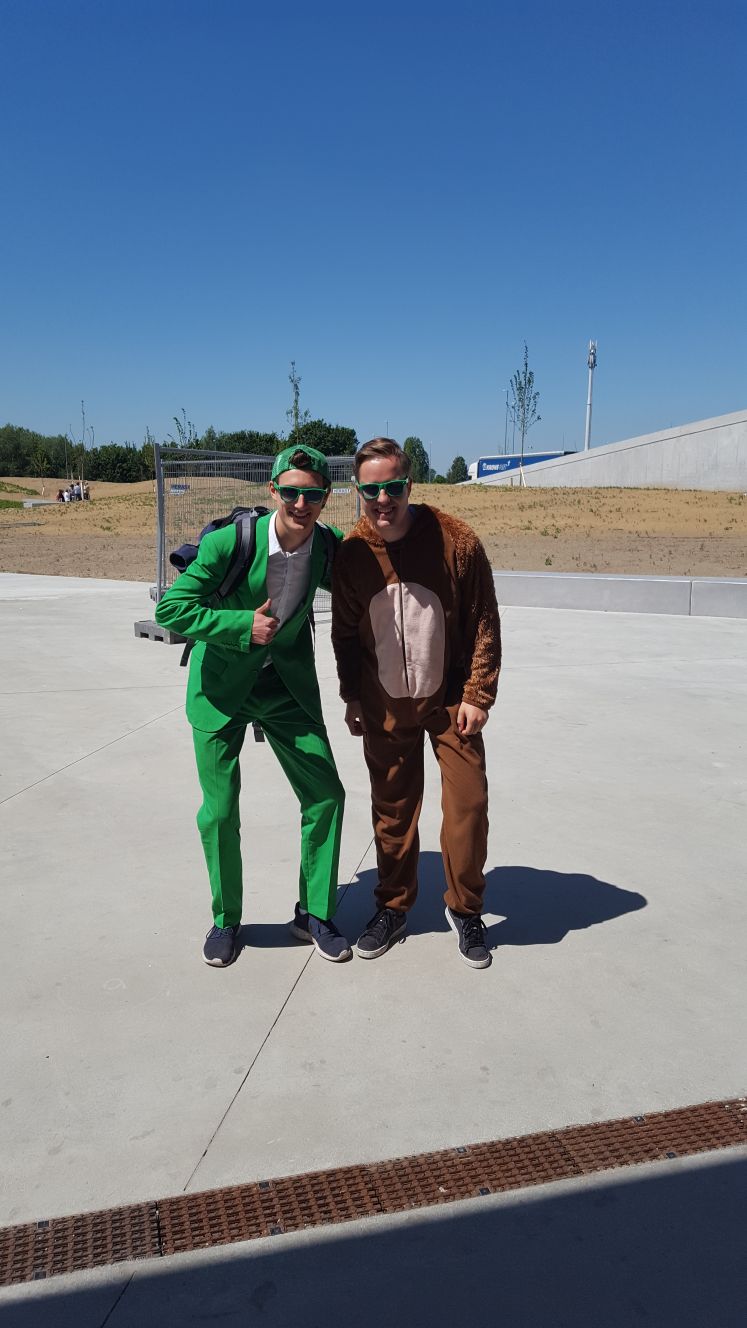 After a short drive, we arrived at our second stop and to our surprise, we saw fellow hitchhikers and rivals Mateusz and Daan. Not long after we had arrived, Mateusz and Daan were picked up and we felt our chances to end up in the top four slip away. The sun was melting our faces, but did nothing to our determination. In 28 degree heat, we were still wearing our onesies. Finally we met Jeroen, a nice bloke in a BMW, who surprisingly was willing to bring us directly to our final destination Lille even though he only had to go to Ghent.

After six hours of travelling, we finally arrived in Lille. Our high expectations were met short, as we didn't place in the top three, but being in the top five wasn’t bad either. We joined the other teams on a terrace and awaited the rest, while enjoying cold beverages in the sun.

In the end, everyone managed to hitchhike to Lille, except for one team who got stuck in Antwerp. But luckily they could be picked up by the “FAECTOR veegwagen”. Once everyone had arrived, it was time to go to our Hotel and after, we went straight to dinner.

For dinner, we had a taste of the real French cuisine, which could satisfy even the greatest cheese lovers and put the lactose intolerant into an early grave. 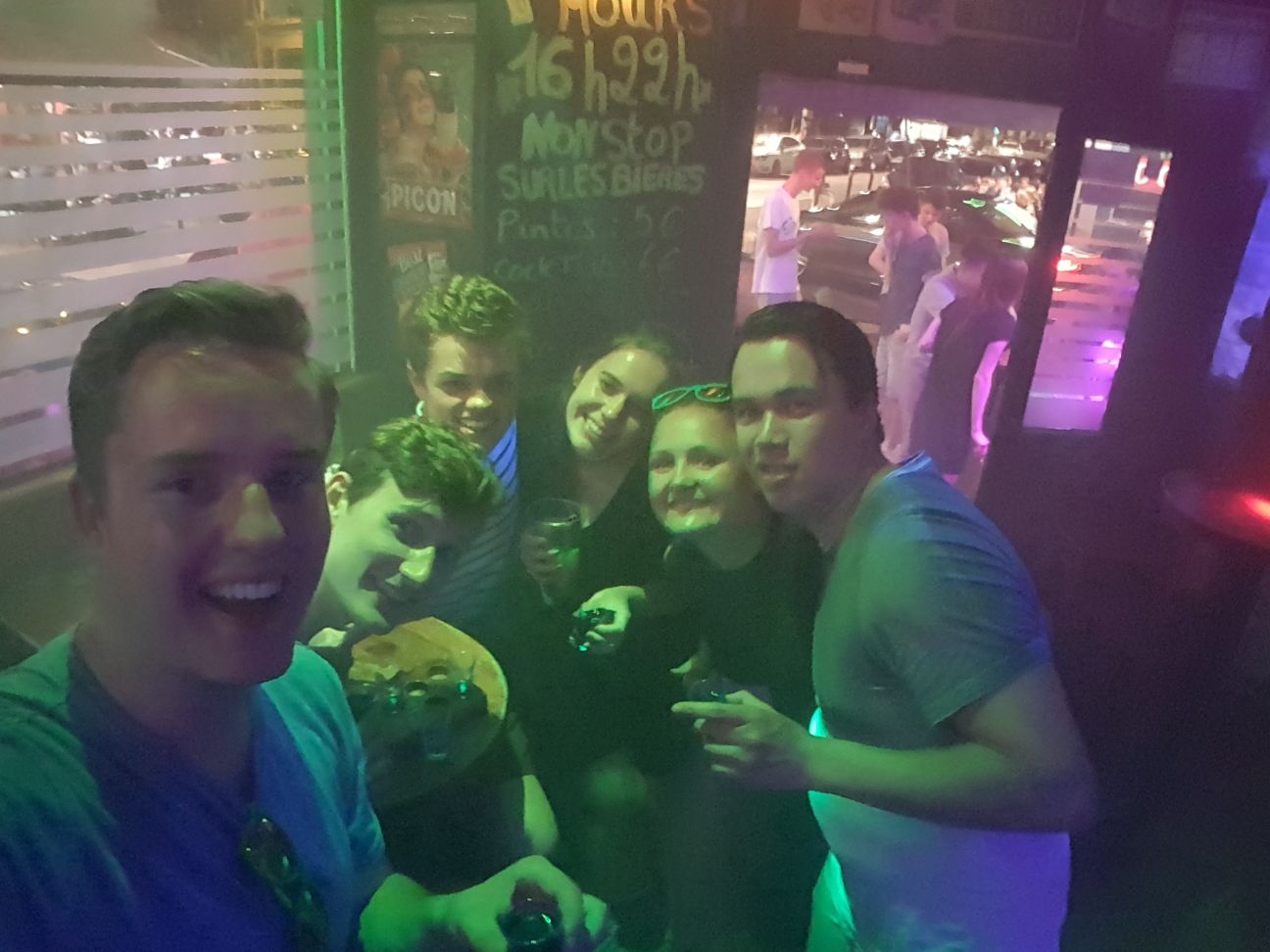 After dinner, it was time to leave the restaurant and explore the nightlife of Lille with a pub crawl. The highlight of the night, was a Shot bar “Shooters”, where we were surprised by a fire show by the bartenders. The night ended in a beautifully lit club, where the fellow active members enjoyed themselves and danced the night away.