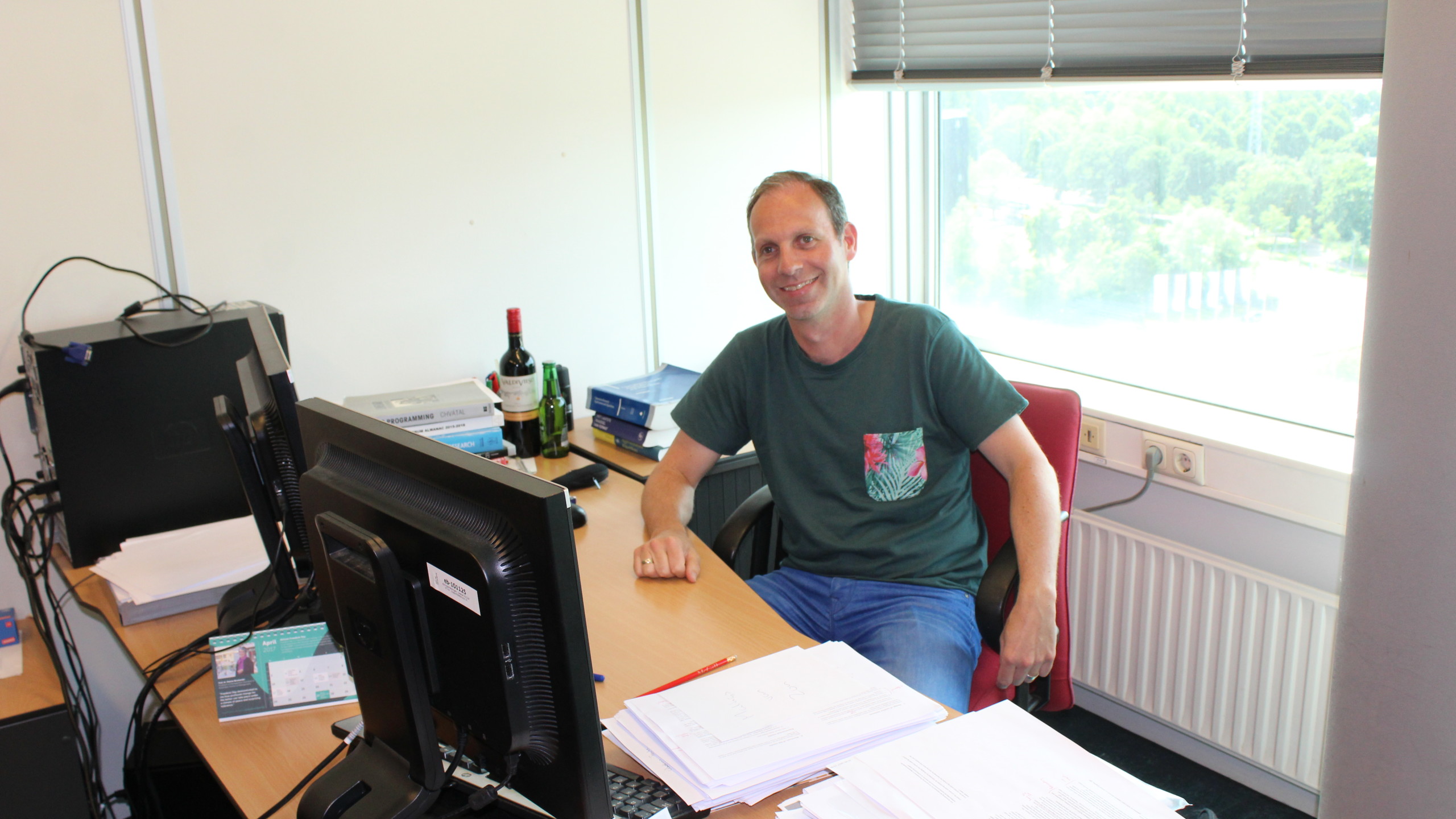 It's time for our last Teacher Talk of this year! On this last Teacher Talk we interviewed professor Van den Heuvel, associate professor at the Econometric Institute and, amongst others, lecturer for the courses Lineair Programming and Combinatorial Optimisation. To find out more about our professor besides his publications, we decided to ask him some questions to make everyone familiar with how he is really like, outside of the lecture rooms.

How was your student life, what kind of student were you and how was the econometric faculty back then?

My student life started in 1998, so quite some time ago already. I guess you could say I was a serious student, maybe the reason I became a lecturer later. I really wanted to know everything; I couldn’t bare it if I didn’t understand something and followed almost every class possible. In general, it was a great time, and I suggest to readers to enjoy it, because the only thing you really need to focus on is your study, so in that sense you have a lot of freedom, more than you will have later in your life. I studied here in Rotterdam but I was still living in Moordrecht, a city close to Gouda. At that time, I was still a serious korfball player, a typical Dutch sport. I played at a reasonably high level, which was why I decided to still live with my parents.

At that time, I was still a serious korfball player, a typical Dutch sport

The econometric department was way smaller back then, when I started we had around 80 students. So, compared to the over 300 that start each year now, that’s quite a difference! Furthermore, we didn’t have a bachelor/master system back then, so it was just 4 years of econometrics and that was the end of your studies.

What made you decide to go into teaching?

That’s interesting. Actually, I didn’t really decide to go into teaching per se. When I was a student, I never saw myself teaching in front of a class, although I was a tutor. However, I wanted to go into research and therefore did a PhD, which also involves some teaching, though still more on a tutor-kind-of level. However, once you become an assistant professor, you start doing ‘real’ lectures as part of the job. So, to be honest, I was more focussed on research at the start, or at least that is where my main interests were, but gradually I became more and more fond of the teaching aspect. In the beginning, you’re not so familiar with the theory yet and you focus less on the interaction with the students. Nowadays however, it gives me a great deal of satisfaction when I see students improve under your supervision, that they really understand what’s going on there.

When I was a student, I never saw myself teaching in front of a class, although I was a tutor

What are your main research interests? 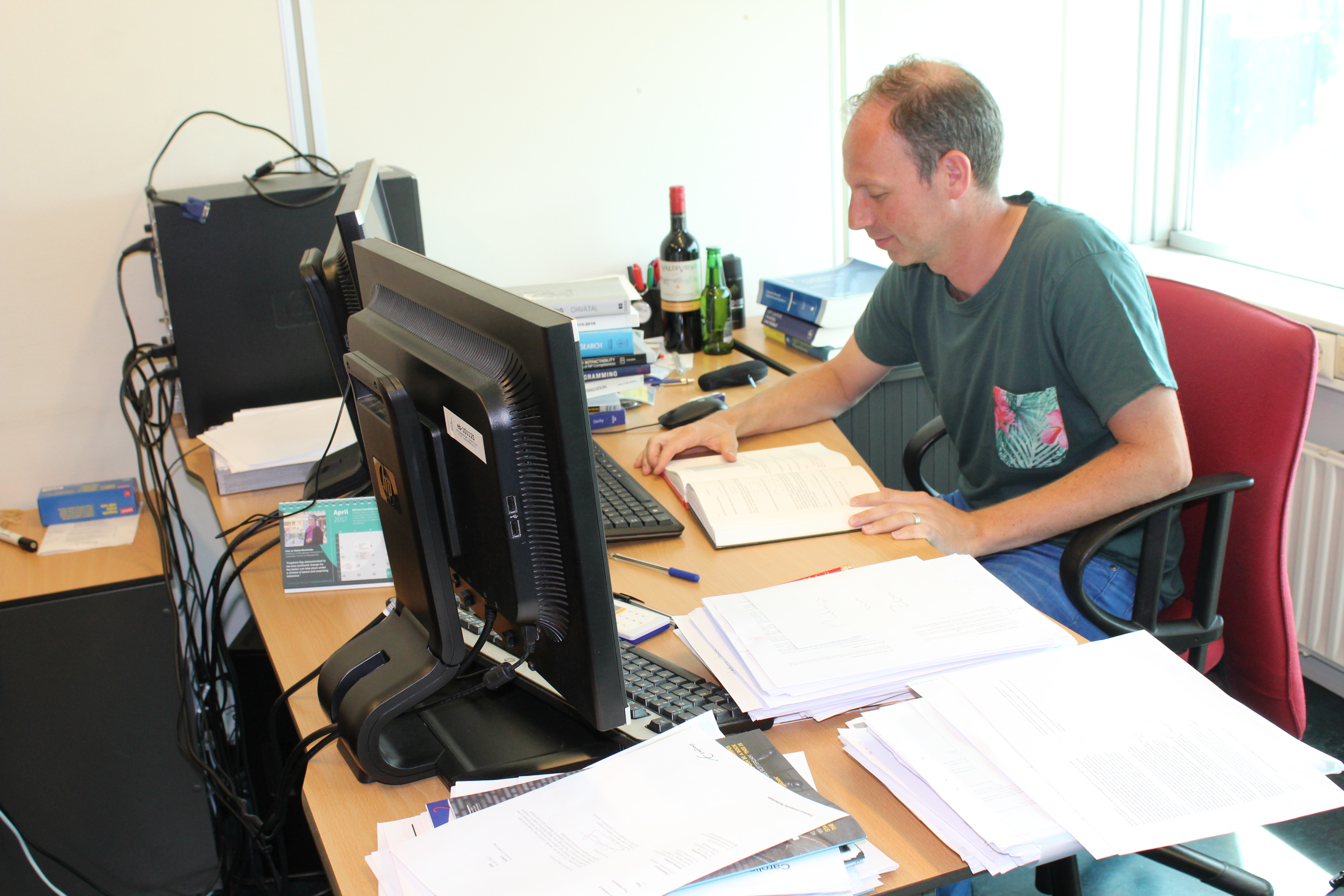 What is important for students to pick up from your first course, Linear Programming?

It is mainly designed to be a stepping stone to the second-year course I teach, Combinatorial Optimization. However, I think it is nevertheless really nice that students get to see their first applications of linear programming problems and can start to optimise those, because optimization is everywhere! It is still somewhat limited, concerning the types of problems you can cover though.

What was the most difficult logistics question you tried to solve?

Actually, there is one question I still have to resolve. In one of the first papers I wrote, I found a mistake in the proof after a few years, which also went unnoticed by my peers who reviewed the paper. Now I still don’t know whether the theorem itself is valid or not, or whether the proof is just wrong, but from experiments I have conducted I do think it holds.

When I was a student, I couldn’t believe that there could be a mistake in a paper I read, but now as a researcher I found mistakes in several other papers as well

It is a production planning problem, where we assume that demand depends linearly on price, so higher the price, lower the demand. In the problem, you need to decide in which period to produce. So, you get an exponential number of possible production plans. However, it turns out that if you change the price, you cannot find them all. My theorem says there is only a quadratic number of production plans that can be obtained, not an exponential one. I did experiments and it never exceeded this quadratic bound, but I still don’t have a valid proof. In fact, I dare the interested students to find the mistake in the proof and, ultimately, to correct it (if possible). It concerns Theorem 3 of the paper that can be found at the link.

When I was a student, I couldn’t believe that there could be a mistake in a paper I read, but now as a researcher I found mistakes in several other papers as well. It is interesting when you think about how a paper is published. You submit your research to a journal and it’s checked by peer reviewers, people from your field. They check your article, the proofs etc. and if they think that it is a nice contribution, the paper will be published. Apparently, those reviewers didn’t find the mistake. What is more interesting is that other researchers used the same strategy to prove other theorems and they didn’t see that there was a mistake in there. So, they just took over the mistake. (For completeness, I informed these authors about the mistake.) It was my second paper, so I actually felt a bit embarrassed, but at least I found the mistake myself.

Do you have a favourite mathematician?

I thought a bit on this and although he is not purely a mathematician, he is the most well-known scientist. Of course, I am talking about Albert Einstein. His ideas about the relativity principle truly amazed me. It intrigues me how time is influenced by speed. That someone could grasp this concept is truly amazing.

As we saw you playing at the football tournament, do you have a favourite team and position yourself?

Although I am almost obliged to say it, it is really the case that I am a Feyenoord fan. After 18 years finally another championship! When I play myself, I usually play left or right wing and I think my korfball intuition helps me out with football as well. On top, I have played with a team of fellow professors in indoor soccer games for a few years.

Do you have a favourite movie?

Although I don’t watch a lot of television, if I would have to pick one it would be One Flew Over the Cuckoo’s Nest. I think it’s a timeless work and with an excellent Jack Nicholson. What I also like is that, unlike modern blockbusters, it didn’t cost hundreds of millions of dollars to make. 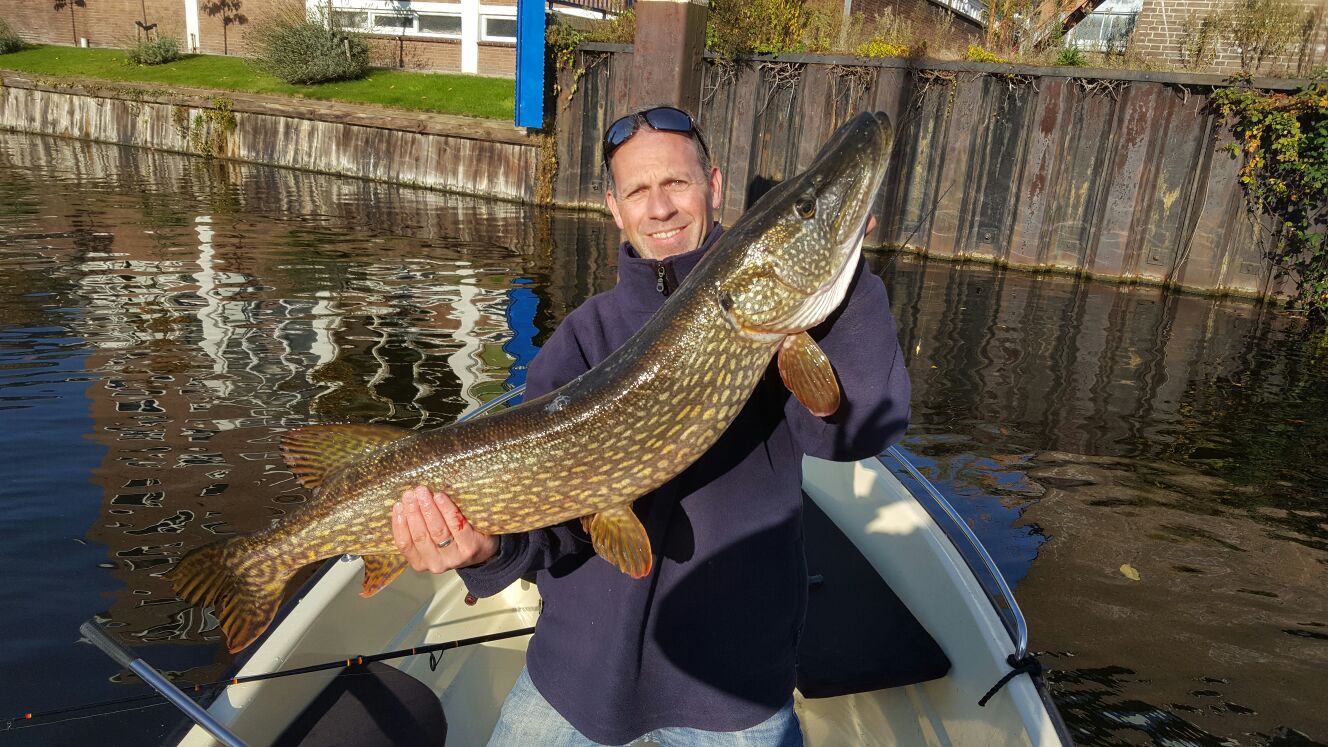 I think it is not really known around here that a big hobby of mine is fishing, mainly fresh water fishing

Is there something students do not know about you?

Actually, I think it is not really known around here that a big hobby of mine is fishing. Mainly fresh water fishing. What I do is catch-and-release fishing, so all fish I catch I throw back immediately. What does annoy me is that fishermen are sometimes portrayed as hurting the environment, while if you give it some thought you come to realise that they actually care a lot about nature, not in the last place because fishing itself depends on flourishing fauna.

Saving the best for last, if you were a pizza, what pizza would you be?

I would go for a calzone, because you cannot see from the outside what mysteries are hidden inside!