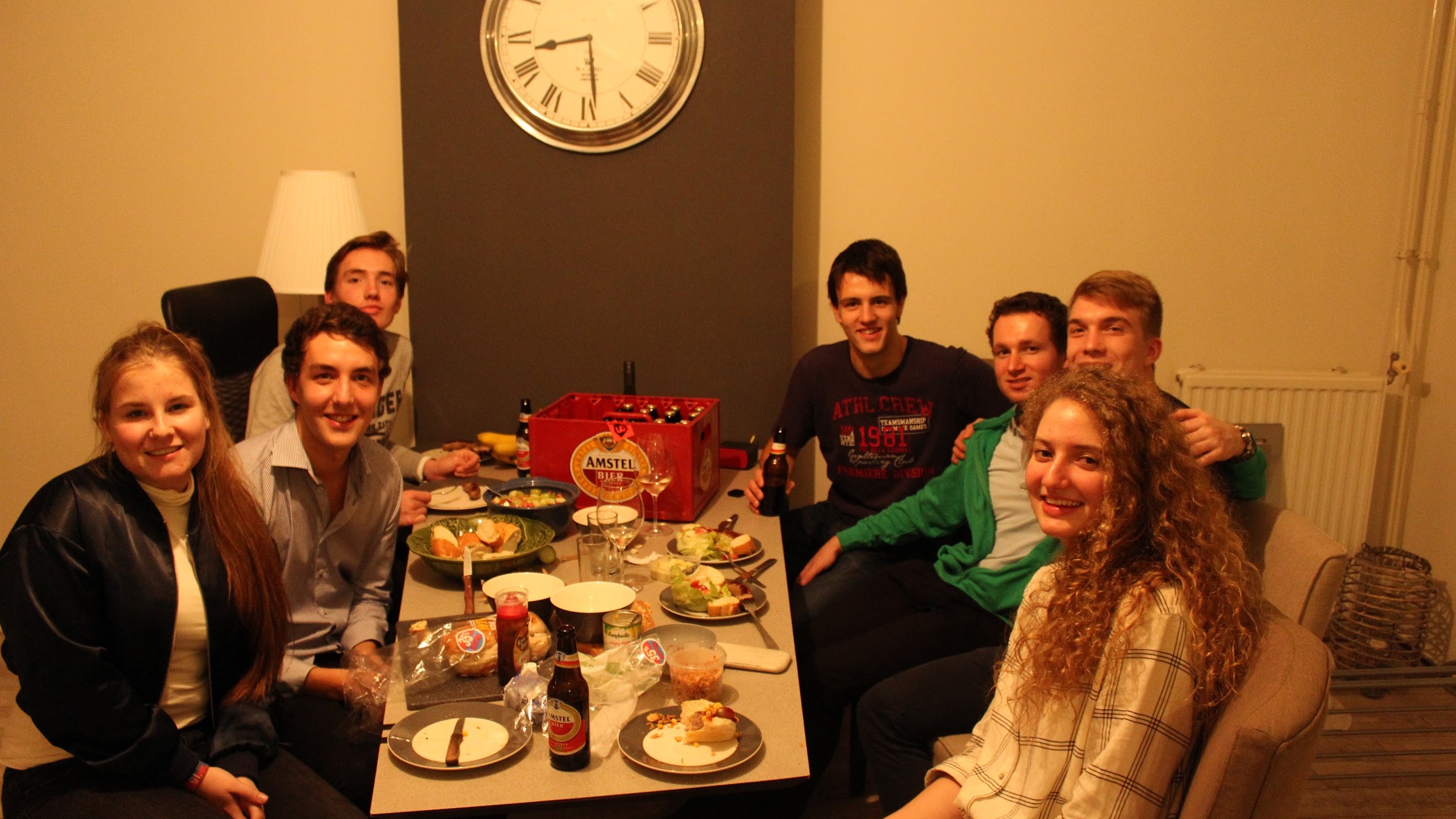 Ok, you must be wondering what the teams were. The team Germany consisted of Thomas, Maaike and I AKA the best team, and team England consisted of Emrys, Jasper and Tobias. The first food challenge took place at Jasper’s place and then everybody went to the supermarket to buy what they would need as a team. After 30 minutes in the Albert Heijn, team Germany was already done with the groceries, the team with the 2 girls, while team England was still not done.

Back in the kitchen, the battle began, and every team had a pan with the sausage and beer: team UK used Jupiler beer and team Germany used wheat beer. The teams started cooking their dishes. England had a salad with tomatoes, grapes, lettuce, bread and the sausage. Germany had a hotdog, with onions, corn, grapes and sweet barbecue sauce. After a lot of talking, cooking and beer drinking the dishes were ready for the judges to try. ­­After eating both the dishes, the judges came to a conclusion and just as it happened during many World Cups (just to rub it in), Germany won! Apparently the English can’t cook sausage as well as the Germans. The only thing that was left for team UK was to drown their sorrow with the vodka that suddenly appeared on the table.

So if you have any ideas for weird ingredients for our next food challenge, just email to estimator@faector.nl!