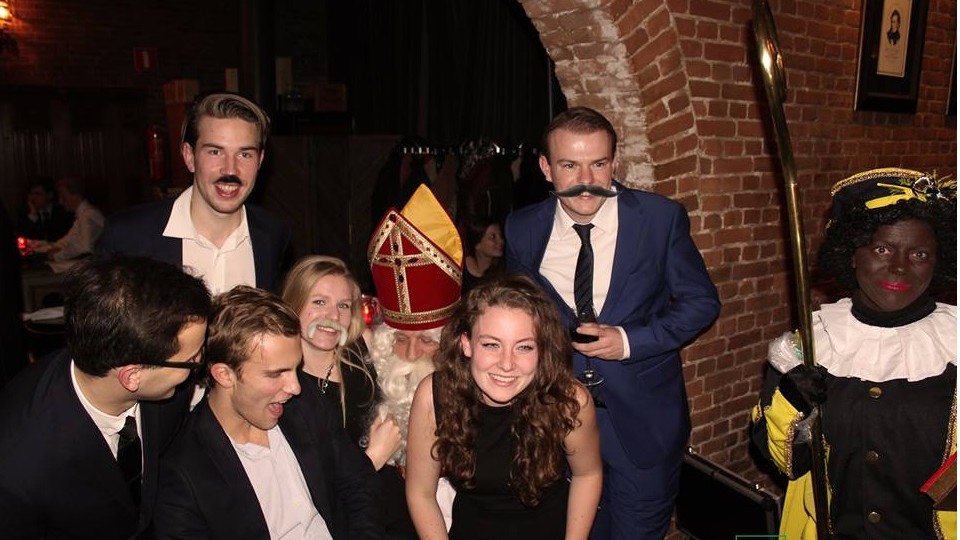 We asked Alicia Curth, chairman of the IntAct Committee, to tell the readers about everything that happened during their Committtee Battles!

When 60 econometricians start baking, photoshopping and pranking, you know something extraordinary is going on in nerd-world. And indeed, the life of FAECTOR’s active members changed irrevocably this year. With a new lustrum come new traditions, and I am proud to say that we, the IntAct Committee, have the unique opportunity to disturb the peace within the FAECTOR family this year. Like gladiators we placed them into the arena to fight in a battle bigger than the battle for middle earth: the Committee Battles!

The concept of this fanatic fight is very simple: maximise your number of points! There are basic points, e.g. for attending activities. Attendance for a social activity, for instance, is rewarded with 50*p points, where p is the percentage of the committee members present (because, after all, we are econometricians and like to be precise). In addition to that, there is a bingo card of challenges to be completed by all committees which give heaps of more points. While some committees have made it their life’s mission to fulfil every single challenge, others live more according to the principle of quality over quantity.

Surely, not all entries demonstrate equal talent, and I am very happy for some of our active members that they chose to study econometrics and not a course that requires any skills in Photoshop, but we have enjoyed every single submission we received. “Give something to an IntAct-member” has been my personal favourite challenge (I mean, who doesn’t love presents???). Judging by the amount of coffees I have received, I should probably sleep more, but I am very appreciative of all the care and would like to encourage all committees to keep on giving us (and especially me) presents…

Talking about presents: Some of our other favourite challenges included The most creative CoBo present [which turned out to be a 1 meter diameter pizza given by the RC (Restaurant Committee), however, we all know that the objective winner should have been IntAct’s 50 hamburgers for the 50th board] and “Pranking an active member” which led to quite a few incidences of active members assuming other’s electronic identity. We also gave all participants the opportunity to earn the title “Smarter than our president” by solving a puzzle that still gives Luc nightmares, and to this day there exist 7 committees who are definitely worthy of this title. (In a few months from now, the board applications will open. The riddle is attached. If you can solve it: Go for president. You should not have any problem …)

Of course, just as in every war there have been brutal fights. And even though no blood has been drawn (yet…), I can assure you that we have been close. In a case of what our beloved brothers of the Estimator Committee called intellectual property theft (I, however, would call it karma), ideas were stolen and lawyers were contacted. But in the end the final decisions are up to us - and be reassured - impartial might not be the best attribute to describe us. Also, I would like to emphasize that being the honourable committee that we are, we are absolutely open to any kind of bribery you can think of, so don’t be shy.

After all the blood, sweat and tears the first season of committee battles has almost come to its end, but it’s going to end with a bang. On the 4th of February we will host the final committee battle, which unlike the previous challenges will consist of actual physical battles and duels. Of what sort we leave up to your imagination for now. Even though there are some committees that are far in the lead at the moment, we promise that their head start can still be caught up – with a lot of dedication and motivation. Knowing our leaders, they will fight to the death in order to secure their name on the trophy – but you never know.

Did you become curious, dearest reader of the Estimator? The second season of Committee Battles will start in February – so make sure that you apply to one of FAECTOR’s committees now because you don’t want to miss out on what we have in store for you in the next blocks!