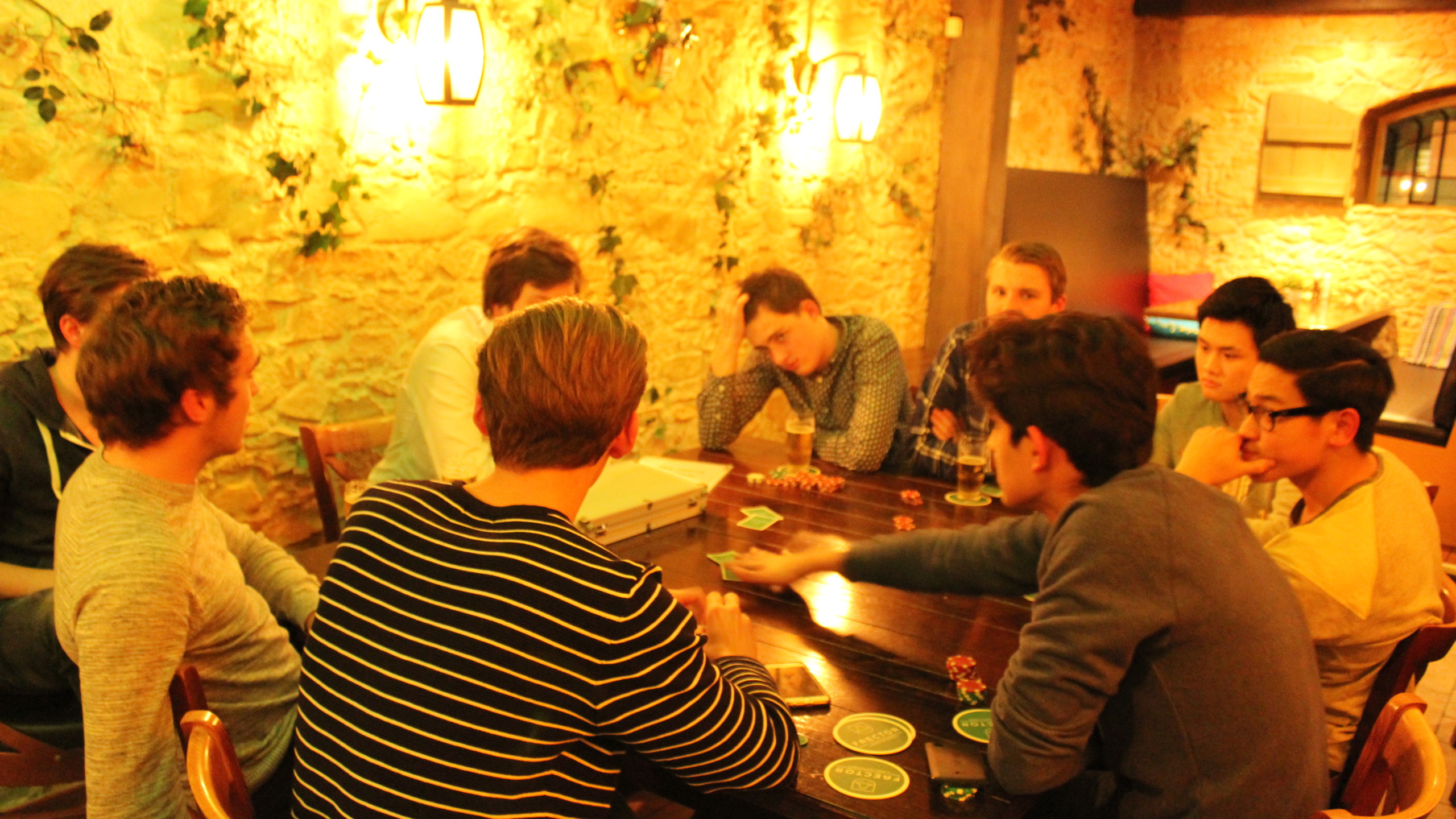 On the fourth of January, the Freshmen committee had the honour to organise the first activity this year: a poker tournament. Since Divoza had decided to continue as a sisha bar, it was also the first activity in our new home, Eetcafé Concordia.

As the Christmas Holidays had just come to an end, most of us could use a drink or two and the way in which the tournament was structured, encouraged our alcohol consumption even more. Every participant received 5 FAECTOR coins at the entrance, which could then be traded in for poker or blackjack chips. At the poker tables, some were less fortunate than others and the lucky ones were racking up chips quite quickly. But for people who ran out of chips rather early, there were plenty of other things to do, such as darting or pooling. The more skilful poker players, on the other hand, were bound to get drunk, as some of them won the equivalent of as much as 20 FAECTOR coins. These coins could only be used to buy drinks on that particular evening, which led to an abundance of wine and beer. Furthermore, the FC committee managed to lay their hands on a big wheel of fortune, with which coins could be won. However, as everything comes with a price, less fortunate spins could force you to sing a song, which was not pleasant for the singer and above all, the listeners.

All in all, the Poker Tournament was a great way to kick-off the new year for FAECTOR and with Concordia we have found ourselves a great bar to replace Divoza.