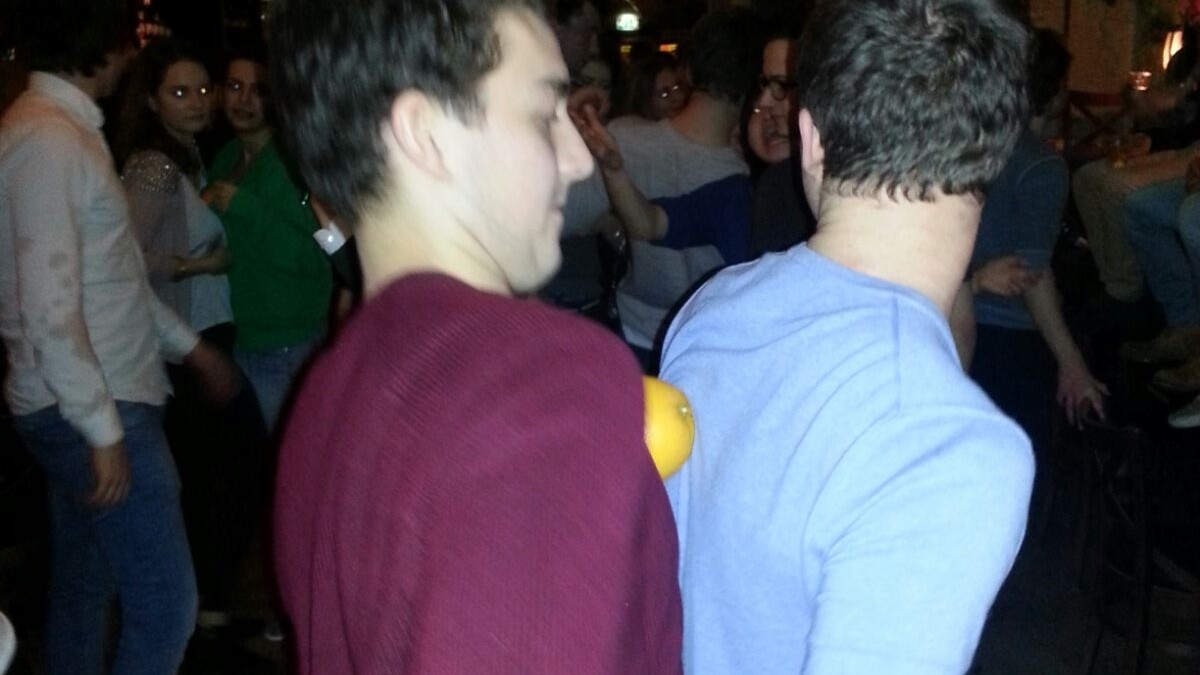 A new year of FAECTOR starts and together with that new active members are welcomed, but that also means that some people will no longer be active members. To say goodbye to those people the IntAct Committee organised a cycling dinner and after that there was a drink at Concordia for the new members of the Sport, Marketing, IT, IRP, ECD and QFT Committees. If you are wondering what a cycling dinner is: it is a dinner where you and another person from your committee had to cycle to 3 places to eat either starter, main course or dessert, together with 4 other people from 2 different committees. The idea was that everyone made one course, but in the end some people didn’t have to cook at all and others cooked all 3 courses.

In the beginning of the evening everybody got an email with the addresses they were supposed to go, but not the names of the people, so when you got the house you had no idea who lived there. Which made the evening quite exciting, not knowing who you were going to meet next. However, apparently some of the older FAECTOR members already knew who was going to go to your place. As the time was coming close to 6 o'clock most people were knocking on the door of the first hosts (except the people who were in the Excellence Programme), wondering if it was the right house and who was going to open the door. The starters varied between houses: it could have been soup or bruschetta or even eggplant with mozzarella and tomatoes. Since the LED had been that week as well, there were a lot of people still talking about it or talking about members of FAECTOR and getting to know it other, as not everybody knew everyone in each house. Soon it was already time to hop on the bike and go the next house with new people for the next course, for which apparently a lot of people chose to cook pasta, as an easy main course, like pasta with salmon. I can say it was delicious! There were people who cooked hamburgers as well. As for dessert, some people decided to make something with alcohol like ice cream with vodka, but there were non-alcoholic delicacies as well, like cheesecake or ice cream cake.

After the dinner was over and people had prepared their stomachs for alcohol, most people went to Concordia to welcome the new active members to FAECTOR. As everybody was standing there and talking, you could really feel the atmosphere and have an idea how the active member’s weekend was going to be. IntAct organised the final committee battles, during which  each committee had to provide  the fastest, the two most precise and the two most awkward members. For the fastest, the game required drinking a glass of beer, putting coasters under your feet and sliding to the other side of the room and drinking another beer. The most precise had the task to play a normal game of darts, except for a small detail: in the dart board it was a picture of the board and you could throw the dart in the board member that is the supervisor of your committee. And the two most awkward had to dance with each other while holding and orange between them. When the games were finished the winner of the Committee Battles was announced and our Estimator Committee scored an honourable third place (the winner was the Recruitment Committee, but they are suspected of bribery).

Ps: We have some pictures of the foods from the cycling dinner, which one do you guys find the best?