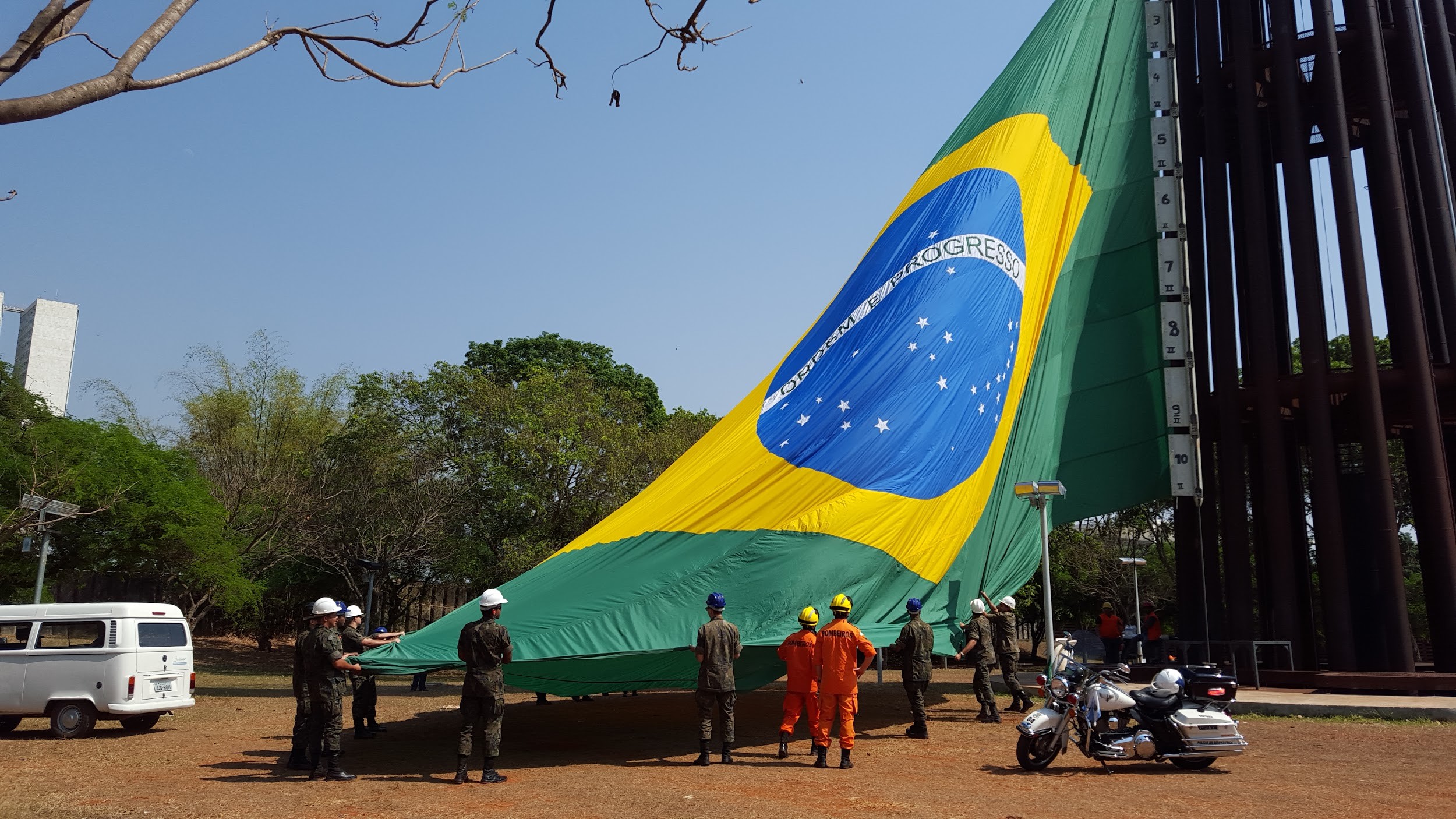 Before I start to explain, I should warn you, politics in Brazil feels more like a season of House of Cards than reality. Brazil became a democracy in 1985 with the end of military rule that started in 1964. It transitioned quite smoothly with no big fights. During the military period the former president Luiz Inacio Lula da Silva, popularly known as Lula, was a socialist trade union leader fighting the military. During this same period current president Dilma Roussef was also trying to fight the military rule, she even got arrested and was tortured.

At the end of the military rule, Lula da Silva decided to run for President. After losing 3 times he finally got elected in 2002 and was reelected in 2006 with his PT party (Worker’s Party). It took him a long time to be elected because a lot of people were afraid that he and his allies from the workers party would turn the country into a communist state. However, he showed his belief in his country by focusing on the economy of Brazil and continuing programs started by his more liberal predecessor Fernando Henrique Cardoso, taking a lot of people out of poverty. 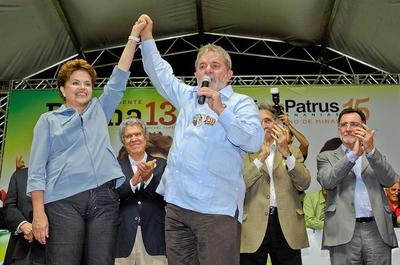 During his two terms in office, Petrobras, the state oil company, discovered huge oil reserves deep under the seabed, known in Brazil as pré-sal, and initiated an investment program that involved a lot of contracts with companies inside and outside the country. During Lula da Silva´s first term in office, Dilma Roussef became minister of Mines and Energy and also president of the administrative council of Petrobras. In the last two years of Lula's second term, Dilma became Chief of Staff in his government. Lula left the government as a God for a lot of Brazilians, with the highest approval rate ever. When he started making propaganda announcing that Dilma Roussef was going to be the next candidate for PT, a lot of people approved and expected that she would continue the good work that Lula was doing.

After being elected in 2011 as the first female president of Brazil, the expectations of her government were high. While commodity prices were still high, there was not much going wrong, till the population noted that the constructions costs for the 2014 football World Cup were much higher than originally budgeted. At the same time the financial crisis was starting to affect the Brazilian citizens. A lot of people reasoned along the lines of ‘we are in an economic crisis, but we have to pay a lot of money for a World Cup that we didn’t even ask for’. Protests started in 2013, but soon stopped, only to start again just before the World Cup, showing the population’s dissatisfaction with Dilma’s government. At the end of that year the elections would take place and Dilma wanted to ensure her second mandate. To do so she tried to control inflation by not raising prices of products regulated by the government like gasoline and electricity. Poorer people still thought she was bringing prosperity like Lula and voted for her. However, as soon as she won the elections, which she did with 51% of the votes against 48% for her opponent, she raised the prices. 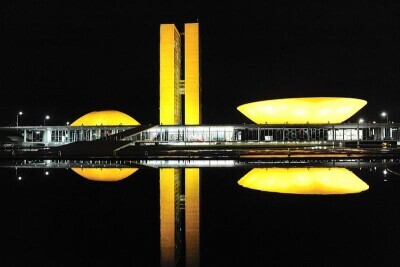 During her first term she allowed the budget ministry to do some creative accounting in order to obtain budget surpluses using hidden loans from state controlled banks. These practices have been condemned by the Federal Court of Accounts who considered the practices a violation of the Law for Fiscal Responsibility. As these practices continued during her second term, they formed the legal basis for the current impeachment process.

Operation Car Wash started in March 2014 as a money laundering investigation involving a currency exchange and money transfer service at a gas station in the center of Brasilia, but it soon turned into the largest corruption scandal ever investigated in Brazil, involving Petrobras and Brazil´s major construction firms. In the first month of the investigation an ex-director of Petrobras was already arrested and 4 months later he made a plea bargaining with the Public Prosecutor's Office that he would reveal corruption schemes inside Petrobras. His confession, and those of other participants in the scheme gave so much evidence to the Operação Lava-Jato, that it has become the biggest operation against corruption in Brazil till now. During this investigation it was found that Petrobras employees received bribes from construction companies that worked with Petrobras. Part of these bribes were passed on to politicians in order to finance political campaigns of the Workers Party. It is no wonder that Dilma and Lula are also being investigated for the corruption: after all they had significant power during that time.

After all this distrust in the government and the corruption scandal, more and more protests were held. A lot of the protests asked for the end of corruption and the impeachment of Dilma. For that to be possible, it has to be voted in favour of it with a 2/3 majority in the House of Representatives and the senate. Apart from that, because of evidence found by the Operação Lava-Jato, Lula could be arrested for receiving bribes from Petrobras and embezzling money from the government. He was called in for questioning by the police in the beginning of March this year. Just a week later Dilma nominated him Chief of Staff. With him taking the post he could only be arrested with the permission of the Supreme Court, because of the Chief of Staff’s immunity. 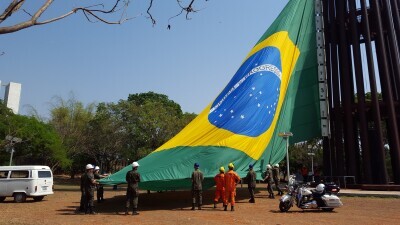 After the nomination was made public a lot of people were outraged. On the day before his nomination, Federal judge Sérgio Moro, who leads the Lava-Jato investigations, publicized partial results of the investigation which included a conversation between Lula and Dilma, acquired by a bug earlier that day. In the conversation Dilma informs Lula that she is sending him his nomination documents, “just in case”. Until his nomination any Brazilian judge could issue an arrest warrant against him. The next day Lula took office, but people started lawsuits in court claiming that the nomination was unlawful. Various claims were initially found justified but were overruled the next day by a superior court. On the last day before the Holy Week holiday, Supreme Court justice Gilmar Mendes temporarily suspended Lula’s nomination, and last Thursday (14th of April) the Supreme Court ultimately upheld Lula’s nomination.

Meanwhile, in the Brazilian Congress impeachment hearings have started by a committee of 65 congress members. Of these 65 members, 40 have received donations from companies whose CEO is under investigation by the Operação Lava-Jato and 8 members are under investigation themselves. To make things even more complicated, the former CEO of Brazil’s largest construction firm, Marcelo Odebrecht made a plea bargain with the investigation team, providing the investigators a list with 200 politicians and 18 political parties who received illegal funds. This list also included opposition parties and Dilma’s rival during 2014 elections.

In the end, every day is a new surprise in Brazil, will Dilma be impeached or not, will corrupt politicians pay the price of stealing money? That is a hard question to answer and right now nobody knows what is going to happen. The Brazilians just hope that everything will be fixed and no more corruption will take place. This may take some time and till then we just have to wait and see what happens.