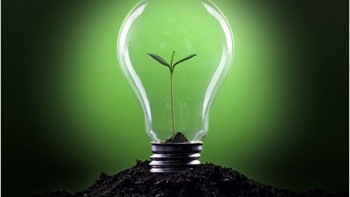 The world has over the last decade or so been heavily shifting towards green production. Creating such an environment in the offices of all workers helps to raise the awareness of the global problem which is the global warming. Here, the Estimator decided to ask fellow FAECTORians on how they see the FAECTOR office operate, and does it promote the “green” attitude?

We made a poll with 10 questions and asked people to rate how FAECTOR follows the certain aspects of green offices and now, we represent to you the results as pie charts because… Who doesn’t like pie charts?

Since we are in the Netherlands, green methods of transport are not out of reach nor do they put you in great danger (cycling) as compared to other places. So, on the issue of arriving at the office, the poll has shown a very positive response: 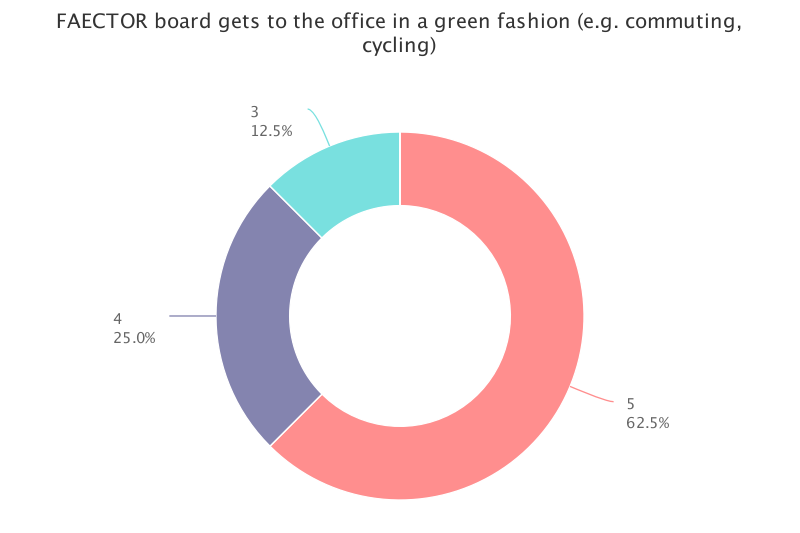 Having the current summer-like ambience forces us automatically to stop using artificial lighting and draw open the curtains to get some of that sunshine in our lives. The same goes for the FAECTOR office which has a whole side covered in windows, leaving no need for lightbulbs. Fellow FAECTORians mostly agree as it is shown in the graph below: 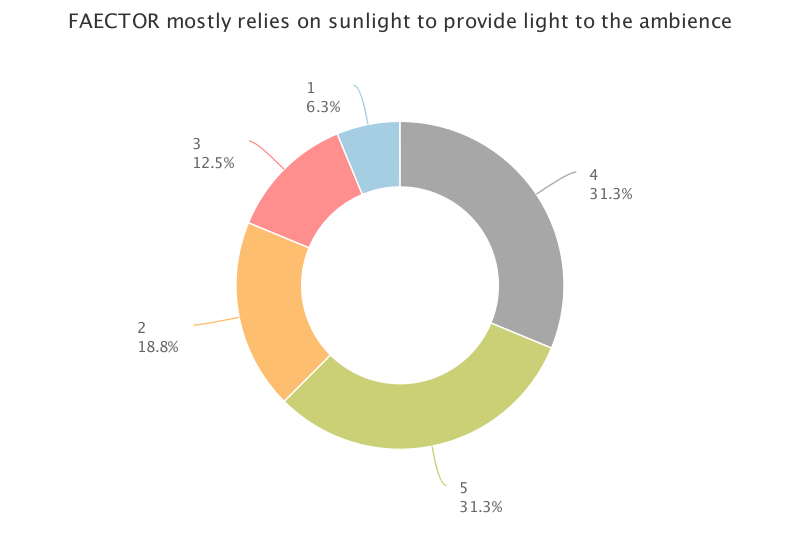 Nowadays, it is starting to get more and more costly to have any other lightbulbs other than energy-efficient ones, party due to all the progress in the industry as well as the EU to tax the energy-inefficient lightbulbs. So, being students and former students, going for the cheaper option in this case is not bad at all, which is mostly reflected by the graph: 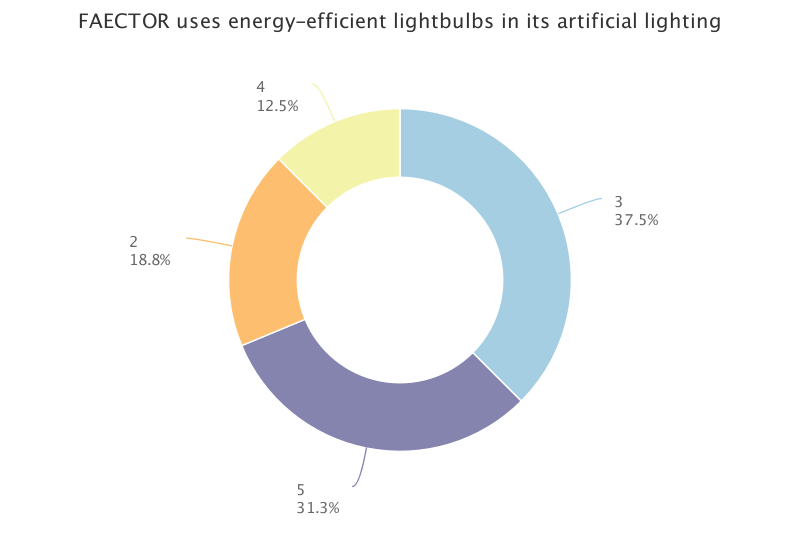 Currently businesses are switching mostly to power points and cloud-based programmes to share information with fellow employees. Even if these are not used, in bigger companies it is not uncommon to just use tablets at meetings, further reducing the usage of paper. In FAECTOR's case, the situation is mostly split. Both are used in its operation, however opinions may differ on the matter depending if one sees the current usage of paper as minimised: 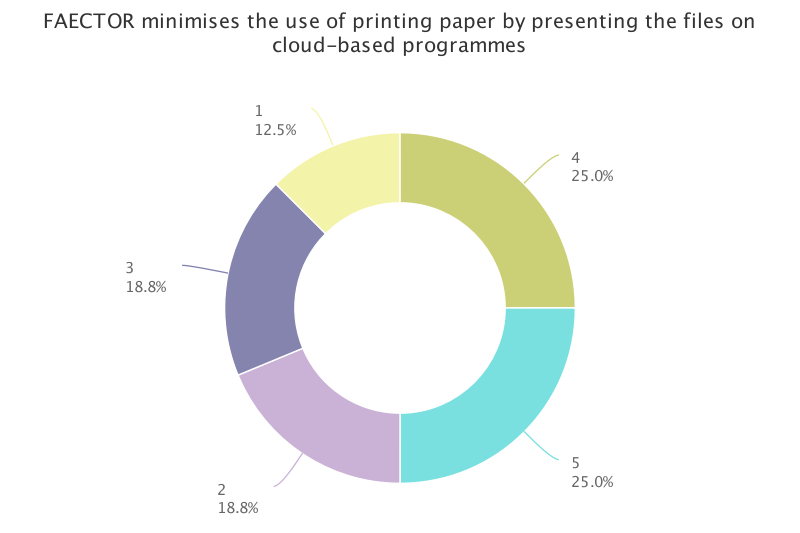 The age of paper is slowly cracking down, however FAECTOR doesn't seem to follow that trend at the time being, having many low responses in this category of the poll: 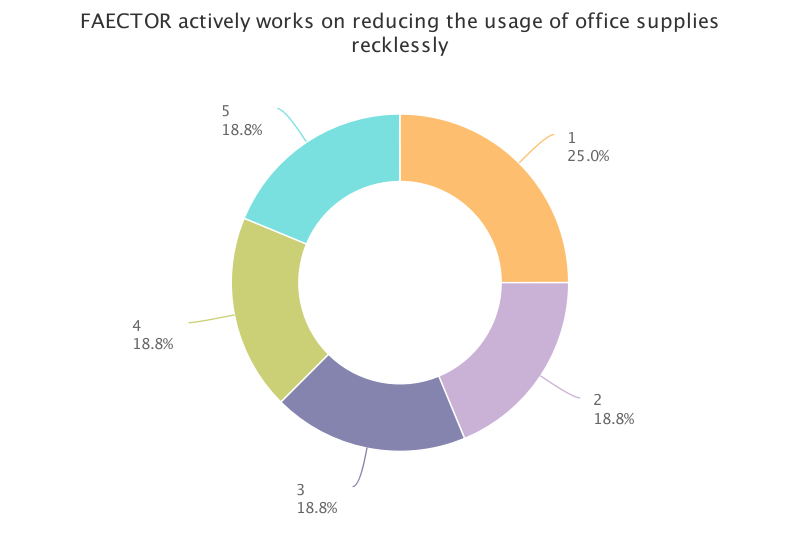 Paper is used often enough at FAECTOR, however the supplies come from the University itself, which presumably uses mostly recycled paper. Doubting the origin of the paper, fellow FAECTORians are mostly on the fence with this issue as shown below: 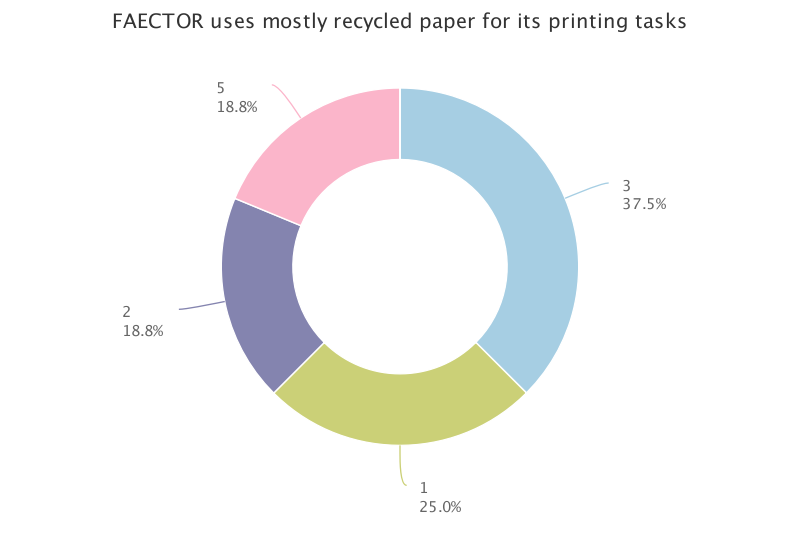 Since all of FAECTOR members are or have been students in near past, it is not that difficult to persevere any rapid change in weather. Now, all members wear light clothes, making the ventilation system obsolete, as most seem to agree: 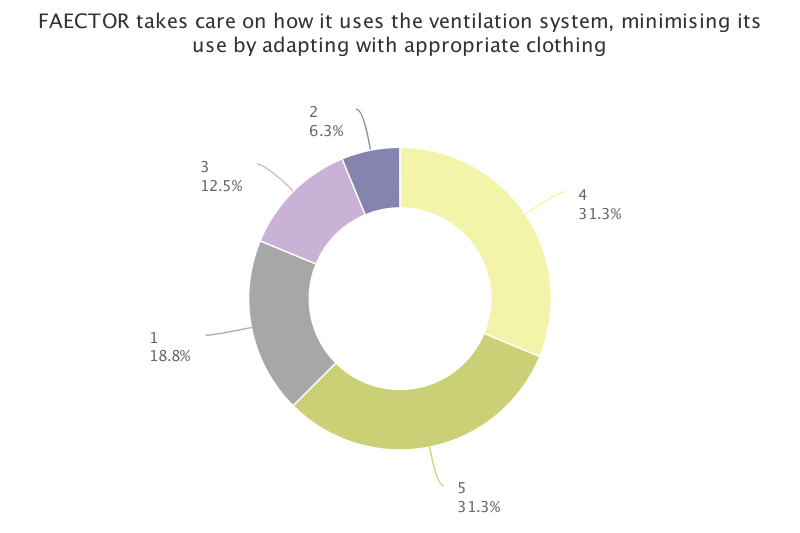 Wasting electric energy no matter from how green sources it is obtained and how renewable it may be, is not justified in today's world and the direction it has headed. In this category, FAECTOR scores poorly as seen by its members: 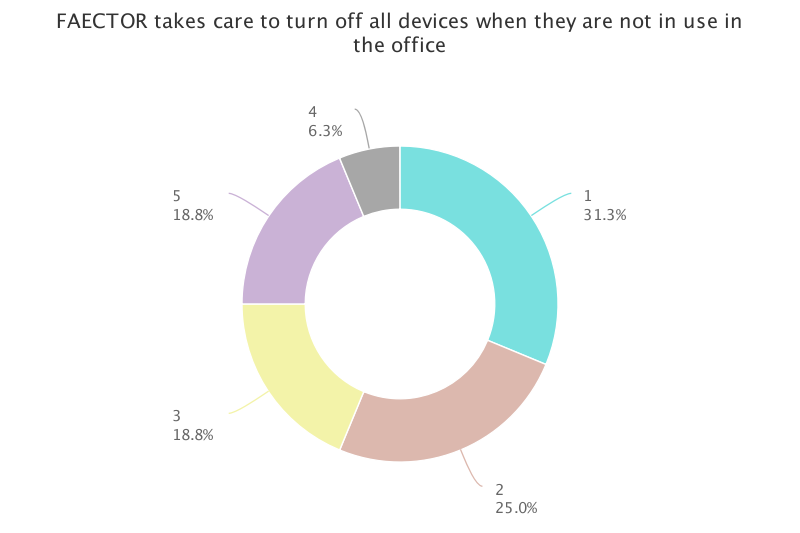 Having the colour green defining FAECTOR, it is not odd to see potted plants in the office, but even though there are some present, fellow FAECTORians disagree on the right number. Thus, we have responses on both ends of the spectrum: 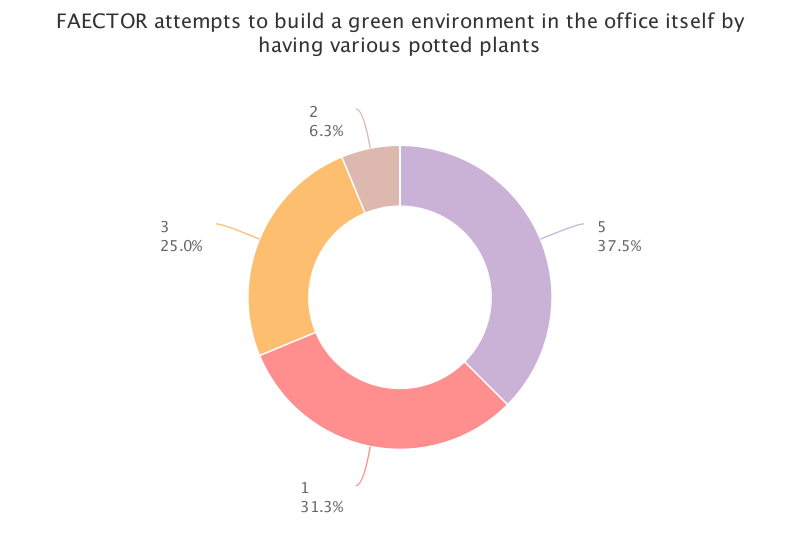 People coming in the same clothes they wear outside on any day, says much about the clothing policy of FAECTOR which is pretty much non-existent. It may not be professional, but still it is just a student association and having a relaxed approach to clothing rules is a step in the right direction when it comes to having a green office: 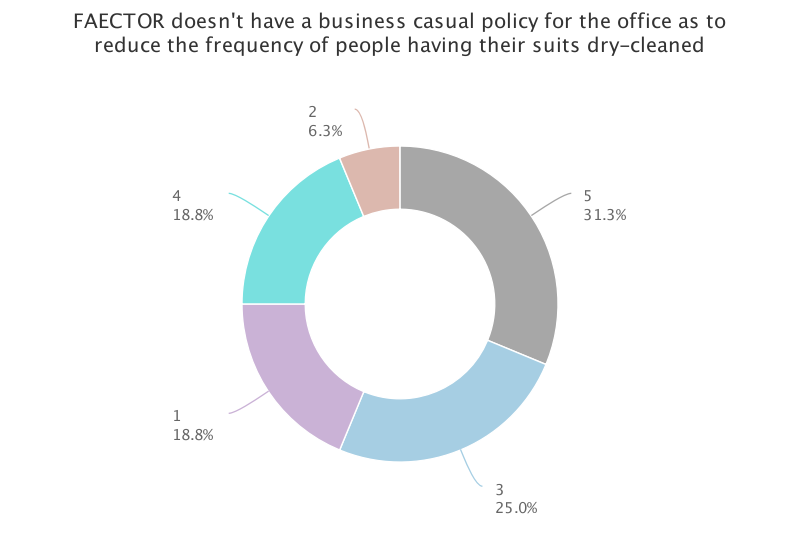