Once again we are back with one of our favourite segments, the Teacher Talk! This episode features Dr Mikhail Zhelonkin, Assistant Professor for ESE and lecturer for Statistics. While many of us are anxiously waiting for our grades, lets get to know our Professor. 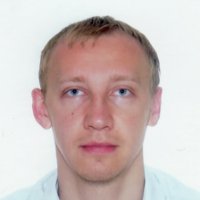 What was your student life like and what kind of student were you?

Well, I was a pretty bad student. I came to the university when I was 16 years old, I was still a teenager and not very interested in mathematics even though I was studying at that faculty. I was interested in various things, like cards and football, but not studying. That was until I finally got courses in probability. That was when I got interested in this business and then turned to mathematical finance. Then, I smoothly moved to statistics, but that came later.

What made you decide to go into teaching as well and what do you enjoy most about it?

Well, of course, teaching is only part of the job we do at the university. As academics, we primarily do research. I tell students about what I know and I give advice. Teaching is a mutual process, the students ask me questions and I really enjoy doing research and I sharing my knowledge.

What are your main research interests?

What is the most important thing for students to learn from your course?

That is a hard question. I teach the advanced statistics course, which is essentially a theoretical course, so, I hope that students get the necessary tools and learn how to prove things. I hope they acquire the mathematical tools and reasoning. Mathematical discipline is also necessary for quantitative fields, starting from statistics and econometrics up to quantitative marketing and business analytics. One of the most important things in order to pass this course, is effort. This course requires a lot of effort, a lot of patience and the ability and discipline to carefully go through some things which are sometimes not very interesting, but definitely necessary from the reader’s mathematical point of view.

Do you have a favourite mathematician?

I would like to mention Andrej Kolmogorov, David Hilbert and Godfrey Hardy. All three of them were great personalities. Hilbert was a great mathematician and he had some very important contributions. Kolmogorov was important in probability theory and Hardy in number theory. Hardy also wrote a very nice and short book, ‘A Mathematician’s Apology’, which is fun to read for the people in the field. When he advised one of his students in mathematics on what to do, Hardy told him to do number theory, because it was the most useless field in mathematics without any application in mind. It was true back at the beginning of the 20th century. And now, when you plug in your credit card in the ATM, you should think that all those algorithms on security are based on that work, which seemed completely useless even from the point of view of a great mathematician.

I’m not sure, I’m quite an ordinary person to be honest.

Do you have a favourite sport and do you play it yourself?

I enjoy ice hockey. In my opinion, ice hockey is a more transparent and honest game than football. It is much more dynamic and fast as well. I have played both. I played ice hockey for a very short period of time and I played football until the age of 18. Then I stopped because of injuries. I played mostly as attack and midfielder. Last year, I was part of the teachers’ football team for econometrics. That was a really fun experience, but it was not a real field with eleven on eleven. I don’t really watch football much, but I do follow FC Rostov, the team from my hometown.

Do you have a favourite tv show, movie or book?

I don’t have a favourite TV show. I like old movies, by Billy Wilder for example. Marlene Dietrich and Humphrey Bogart are two of the actors that I like seeing on screen. Among the modern ones, I liked “Whiplash” a lot. When it comes to books, I don’t read much fiction. I don’t know about a favourite book, but the last one I read that I found very interesting, was by Donald Thompson about the 12 million stuffed shark. It is about the business of modern and contemporary art.

What is your ideal holiday destination?

If you were a pizza, what pizza would you be?

I would say a calzone. It has a lot of calories and nourishes well.