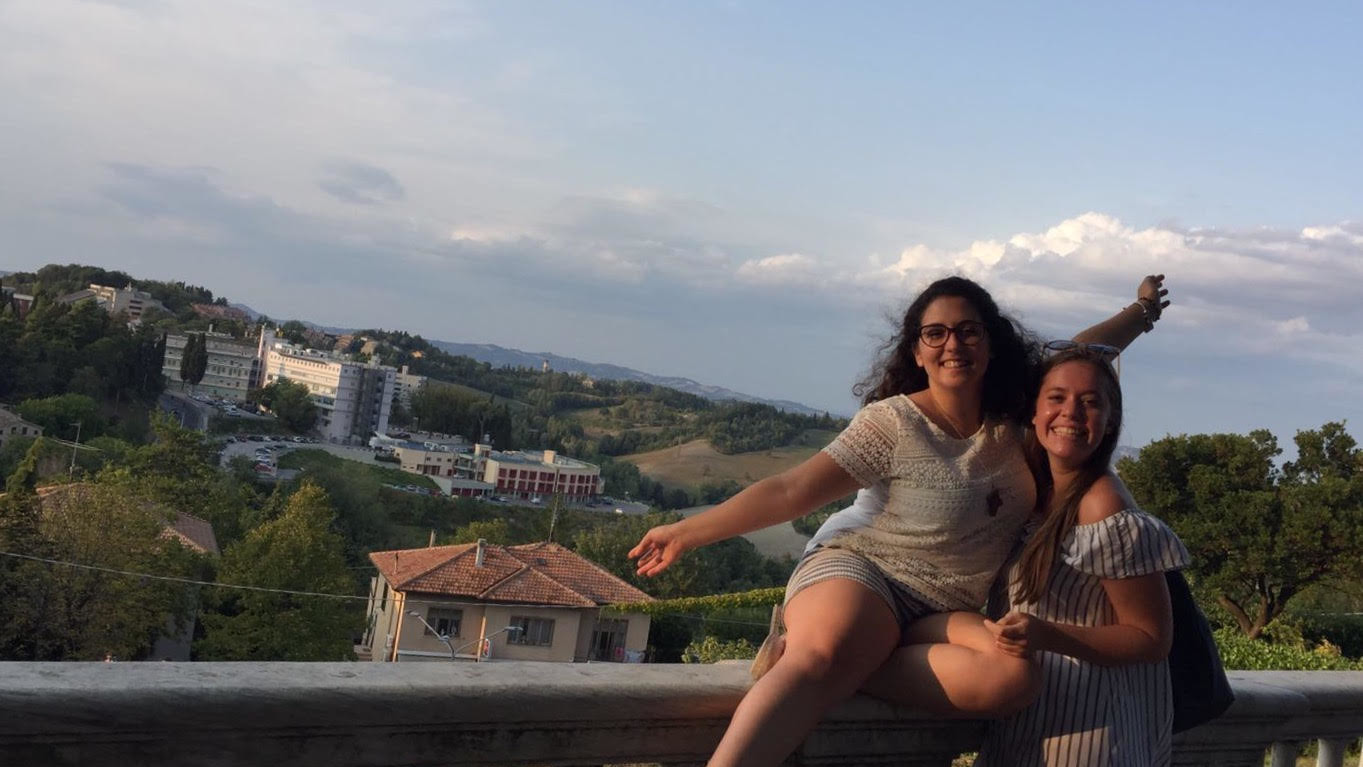 My name is Sophia and at the time I'm writing this I’m enjoying my life very much in one of the most beautiful fashion and art capitals in Europe, Milano!

As the good organised Dutch girl I am, I booked an apartment for my first month here way in advance (recommendation: housinganywhere.com). I arranged to pick up the keys at a certain time and the landlord communicated surprisingly well. However, when I tried to find the address of the room, it turned out my room was a 5-star hotel? ... I quickly realised there was no apartment for me in or even near the hotel, so I checked the address over and over and started panicking. I called the landlord and luckily he told me he accidently sent the wrong house number.

So, my first days in Milan could be best described by the word ‘chaos’. I was super excited to be here, a lot of people were arranging meet-ups through Facebook groups and as I wanted to get to know a lot of people fast, I participated a lot. So very naively, without knowing the city at all I decided to go out with a group of complete strangers on my second day here. It was all fun and games until I noticed my bag was opened and my phone wasn’t in there anymore. After being in denial for a couple minutes we decided to ask a bartender if they found a phone, to which he casually responded: “Yeah, I’m sorry but it’s stolen”. The Italian Phone Maffia striked! When I opened Find my iPhone the next day, my phone was already somewhere in Turkey. You might think I’m joking, but actually already five of my close friends got their phones stolen.

I was super excited to be here, a lot of people were arranging meet-ups through Facebook groups and as I wanted to get to know a lot of people fast, I participated a lot.

The upside of this night was that all the people that were with me were super nice and helpful the whole weekend, which already made me feel more at home. Also, I found out pasta is considered a primo piatto (appetizer) in Italy, which cured my homesickness immediately.
After this rough little weekend was over, my Italian Language Course started, which would last for the whole month, 90 hours in total. I had to find the welcome meeting without a phone, which induced me to be exactly 47 minutes late. I arrived to the meeting all sweaty and super stressed and to my surprise I wasn’t even late! The professor arrived a couple minutes after me, told us that she missed the train and started the meeting as if nothing happened. I always thought Italians being late was just a stereotype, but don’t be fooled, it is so extremely accurate!

I always thought Italians being late was just a stereotype, but don’t be fooled, it is so extremely accurate!

Don’t get me wrong though, despite these little errors, I LOVE Italy. I love the language, the food, the people, the whole culture. The language course turned out to be amazing, fun and super intensive! I’m very proud to say that I managed to get my Italian b2 certificate. I still can’t get enough of all the different types of food and am discovering new things every day. The lady in the Panificio (little bakery) around the corner of my house greats me with “Ciao, Bella” every morning. And alone in Milan, there are a million different buildings, parks, museums and art/fashion-exhibitions. And this list of things that I love goes on and on endlessly.

They say that in Italy, art and culture is a way of living. I’m not a cultural person at all, but for some reason even I got more interested in it. And to be honest I’m really sad that I have to trade my Harry Potter-ish library back for the university library in Rotterdam soon! Also, even the cheapest clubs and little bars in Milan have an amazing interior design.

I realized I haven’t talked about the traffic yet! I’ve been traveling in and around Italy almost every weekend since my arrival(which has been amazing by the way), so I think I’m able to judge a little by now. I can’t even count the amount of times I thought I almost died in a cab or bus. Again, you might think I’m exaggerating but I’m not. My driving is a little aggressive as well (ask the old MarCo about it), but yes in Italy it’s really as bad as they say!