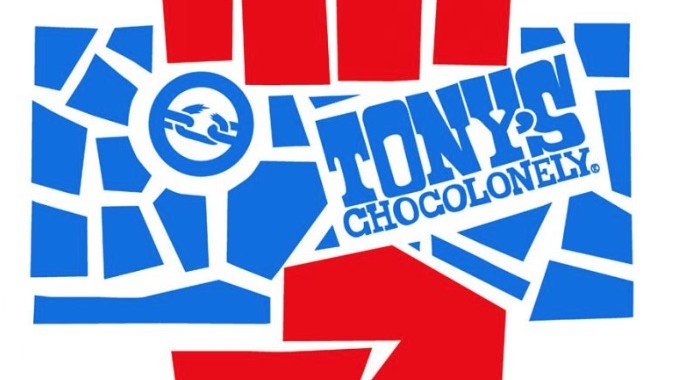 Chocolate. I can state with full confidence that almost every single citizen in our world adores this food. If not, well, you belong to the minority. The cacao industry is a tremendous one, with only a handful of cooperations that make up for the largest part of the profit. Until now it all sounds fine, but the problem lies in the fact that most cacao is produced with the help of (child) slavery. Journalist Teun van de Keuken wanted to research this. He however was confronted with a lot of resistance whilst researching. On November 29th 2005 Van de Keuken decided to produce 5000 Fair-trade chocolate bars. This was the start of a chocolate brand that would become one of the most famous ones in the Netherlands within a mere 10 years: Tony’s Chocolonely.

According to the Tulane University, there were 2.26 million children working in the cacao industry in 2015. 2.1 million (more than 90%) of these children are noted to be victim of child labour! 90,000 people are victim of modern slavery. Hence it seems fair that Tony tries to address this problem, but it also seems to be quite an impossible one to solve. In order for farmers to pay enough to their workers, they first of all must earn enough; without enough revenue, no way the farmers will be capable of paying their workers the salary they deserve.

Generating enough revenue is not that easy though as the prices for cacao beans have decreased dramatically, due to the excellent harvests. The demand and supply mechanism can be cruel sometimes. The ‘farm gate price’ (the guaranteed price farmers in the Ivory Coast will receive), has been reduced accordingly: from € 1.68 to € 1.07. This makes survival for the farmers even more difficult. Luckily for these farmers, this is where Tony’s comes into play. Tony's supplies the local trader or exporter with a whooping 200 dollars of Fair-trade premium per ton of beans. On top of this, it pays a ‘Tony’s premium’ of 175 dollars per ton of beans. In order to monitor everything accurately, Tony aims to trace all its beans separately right back to the farmers and they are actually almost there: 95.1 % of the beans is traceable.

Now, going back to the core purpose of the organisation: their vision states “100% slave free chocolate”. With this vision in mind, you would expect the company to entirely focus on giving the farmers most of their profit. Perhaps even being a non-profit organisation solely fighting for the right of the ‘slaves’.

Nevertheless, the company has proven to be a big success generating high net profits. About what kind of numbers are we talking? Find out below!

Even though Tony’s pays a lot of premium for the chocolate bars, its gross margin is still a generous 40.5% (€ 18,202,539!) The year before, this margin was 39.5%. This development is mainly created by two factors. First of all, as mentioned before, the cacao price has dropped due to the large supply. Secondly, the pound sterling has depreciated, and since cacao is traded on the London Stock exchange, this also lowered the costs for Tony’s Chocolonely. A side-note should be placed on this last factor however: Tony’s Chocolonely buys its beans via Callabaut (a Belgian chocolate company) on the stock exchange, and as soon as there occur fluctuations in the currencies, Callabaut is also allowed to adjust their prices slightly.
The increase observed in the gross profit margin would only be a motivation to continue growing for most companies, yet, for Tony’s it is not desired to keep on increasing too much. Their goal is to have a margin of around 40%, but not much higher.
Especially interesting is to see how fast the company is growing. In one year time, the revenue went up from 29.3 million to 44.9 million. This is an increase of 53%. Guess you could call that a big achievement!

How much chocolate bars have to be sold for this revenue you wonder? Well, a jaw-dropping amount of 28,756,133.

Accompanied with all this immense growth, is an increasing net profit margin. This margin went from 4.9% to 6.0%, whilst they only set their goal for 5.5%.

For the future, Tony’s is planning (and is fairly sure they will succeed) on getting a market share of 20% in the Netherlands and wants to increase its total sales volumes by another 50%.

Concluding, even though their core vision “100% slave-free chocolate” might initially seem quite impossible, Tony’s has proven to be very successful and surely does not give up without fighting the hardest they can. The figures of the past years are pretty clear: Tony’s is growing rapidly, is even exceeding its set goals and is surely not planning on stopping with this!

One last thing: after reading this article, I can only imagine how hungry you have become, so buy a Tony’s bar and whilst enjoying it, keep in mind that you are also helping the world a little bit by doing so.

All information was obtained from Tony's Chocolonely annual year report from 2016-2017:
https://us.tonyschocolonely.com/wp-content/uploads/2017/01/TC_jaarFAIRslag_2016_EN_totaal_01.pdf