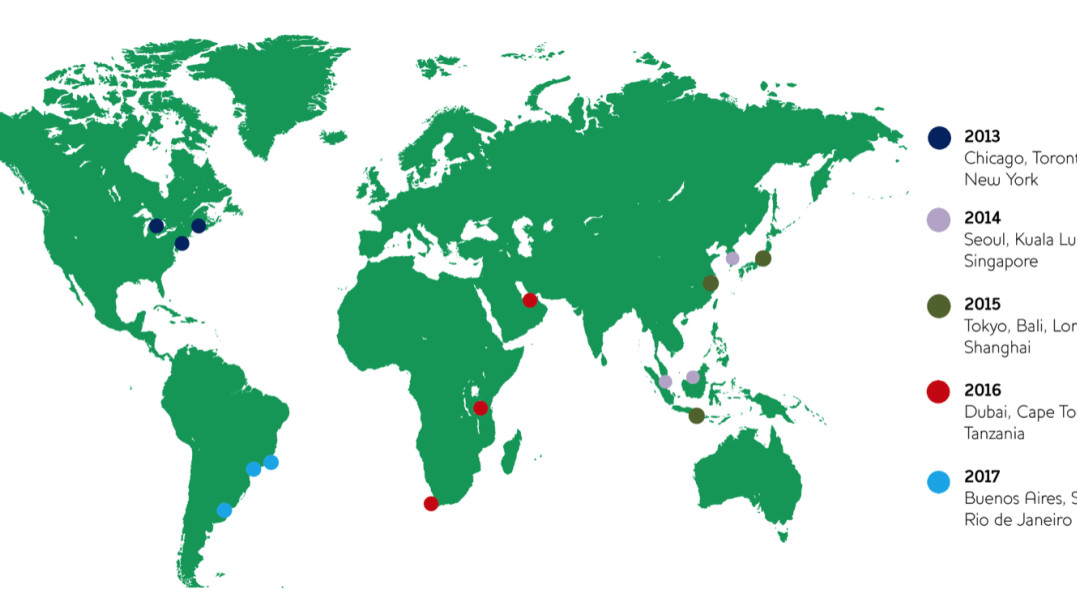 The next committee we want to present to you is the FAECTOR Research Project for 2018/2019. They are currently working incredibly hard to organise the new research project, for which the destination of course will remain secret! Even though all the committee's plans will remain secret, the committee members would like to introduce themselves to you and answer some interesting questions.

Hi fellow FAECTOR members,
My name is Michelle Lemmens and I’m the chairman of the FAECTOR Research Project committee 2018 – 2019. I’m 20 years old, born and raised in a little village, called Beek, in the sunny south of the Netherlands, and this is my third year as a student in Rotterdam. This year I’m also the treasurer of Ragnar, the student swimming and water polo association of Rotterdam.

My most embarrassing moment was around a year ago. The swimming practice was over and it was time to change, but it was very warm in the changing room. I had to put on my skinny jeans (it was not a good idea to wear skinny jeans to a swimming practice), but that didn’t work because of the heat. I tried it anyways, so then I ripped of my jeans. Luckily, I was one of the last girls in the changing room, so not many people have seen it (and laughed about it).

This is where I come into play. Although being a full-time econometrics student with a gambling habit and a fair amount of social awkwardness usually convinces the girls already, a pick-up line like that could still help in pulling them over the edge. In my free time I play various sports such as (ice-)hockey, and regarding my gambling habit, I like to play some poker every once in a while. Thankfully I now have an amazing girlfriend so I don’t need to rely on the previously mentioned methods anymore.

My most shameful moment, at least in recent history, was on one of our first dates when we went to the fair together. After showing off at the stands with games made for 10-year- olds, she decided we wanted to try our luck at that insane death-machine that they call “an attraction”. Not willing to show any lack of manliness I reluctantly agreed. Unfortunately, my body didn’t cope too well with going 200 km/h upside down while high up in the air and when the horror finally ended I had to run in a miserable attempt to not show people I couldn’t handle it. I barely made it but she still had to keep the garbage can open for me while I puked all over it. Yep, manliness shown ✔.

My name is Lennart Daniels and I recently joined the FAECTOR Research Project committee 2018-2019. I am twenty years old and grew up in Ede (The Netherlands) and moved to Rotterdam 1.5 years ago to study Econometrics.

My most embarrassing story: It was a couple of years ago, my hockey team played an important must-win match. The opponents had one player and he was well-known for his speed, agility and smooth technique so we came up with a new defense strategy to neutralize his play. My teammate and I had to switch zones depending on the position of the ball and the particular player. We trained for three weeks, and finally the long-awaited day had arrived. A few hundred people were watching and almost the entire home crowd knew what we had been practicing for. The game started and in the very first minute I managed to screw up. I forgot to communicate with my teammate and we defended the same zone. The particular player scored the 0-1 and we never recovered from that deficit. I was mostly to blame for the loss and I could hear people whispering just that.

Hello everyone! My name is Jitte and I am the Educational Officer of FAECTOR this academic year. This means that I am the supervisor of this amazing FAECTOR Research Project Committee of 2018/2019. I am 22 years old and grew up in Dordrecht, a city next to Rotterdam. Currently I am preparing myself for the Erasmus Charity Run and the Urban Trail in Rotterdam which I am very excited about. It is really difficult to make me feel embarrassed, but if I would have to name one thing it would probably be that time when I watched a scary/horror movie in the cinema for the very first time. I was 16 years old and went to "Don't be afraid of the dark". I've never been a big fan of horror movies and I was therefore very nervous. In the first few seconds of the movie, there was a dog that suddenly jumped against a fence what I didn't expect. Everyone started laughing at me because I was the only one who screamed at that moment in the entire room.

We posed the committee members some interesting dilemmas and this are their responses:

Jitte: Of course I don’t want to walk around like a pigeon, so I would use my skates such that I won’t walk, but skate. Problem solved!

Victor: I already feel the urge to call the police when I see a spider, so that one is easy.