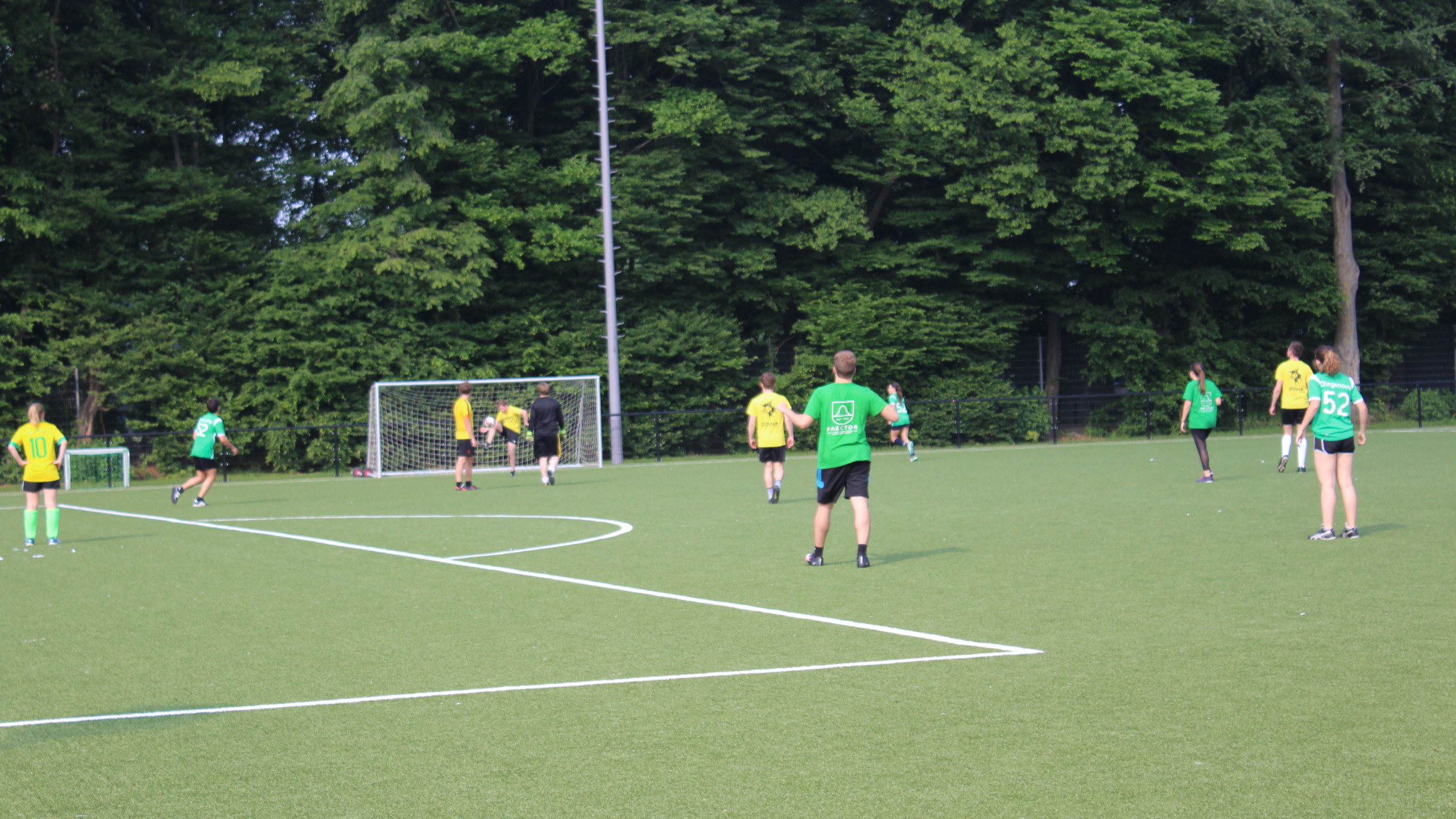 On Friday the 25th of May, a week ago, the yearly Football Tournament took place. The FC and EC bundled their strengths together and set up a joyful afternoon with football, sun, food, beer and some good music. What else could you wish for?

In total eight teams participated, among which a team of lecturers, who called themselves the “Team of Professors”. They were not the only ones with an original name: the “53rd board” also tried to earn some fame. Other teamnames worth mentioning are: “2 Goals 1 Cup”, “AS koma” and “Bracticum”.

Swiped up by the DJ’s tunes, the competition started off with a couple of very exciting games. The 53rd board against the Team of Professors was a particularly thrilling game. The end result: 0-6 for the professors!! After all games were played, "Your GF favourite team" took the prize home!

After the winners were announced, everybody stayed for a delicious barbecue. At the end of the day, everybody had a great time. Thank you FC and EC for organising this amazing event!!