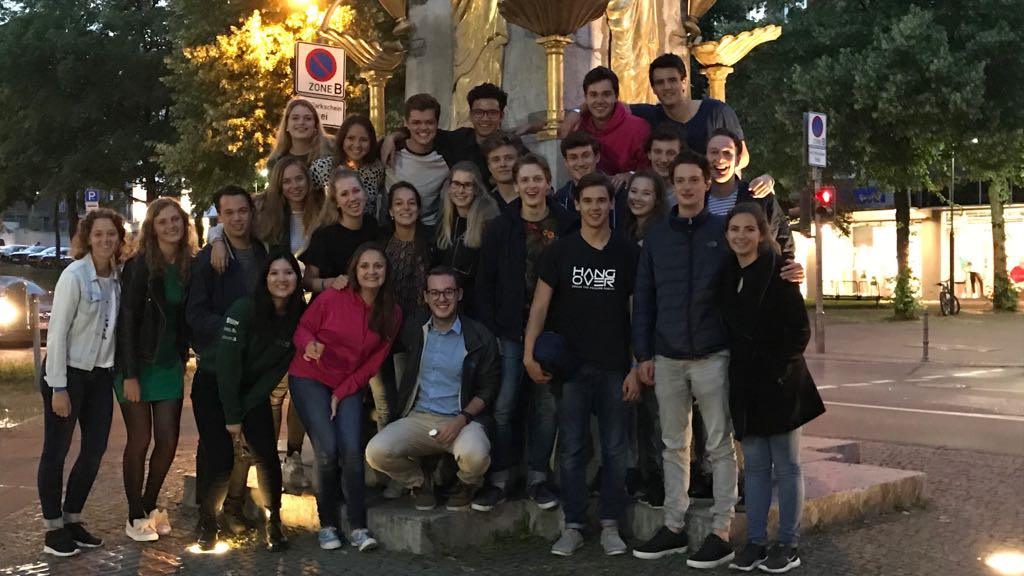 Exactly one week ago, at 8:30 on the 2nd of June, a group of active members of FAECTOR gathered at university. All dressed up in their most outstanding outfit, carrying big pieces of cardboard. What were they going to do? Or better, where were they going? The Internal Activites Committee (IntAct) organised this year's hitchhiking competition with as destination: Aachen.

A normal car would take a little longer than 2 hours to get from Rotterdam to Aachen. However, finding a ride can of course be quite difficult and take up a lot of time. Therefore, our active members came up with the most creative actions to attract cars, some more according to the rules than others.The first group to arrive (it took them less than three hours!) were Lieke and Koen.

In Aachen, everybody had a fun time. But this turned into even more fun, just before they decided to go out. Suddenly Dave and Thomas got really excited, "it is him! it is him!", they shouted. Someone nobody expected to see, but everybody wanted to see suddenly stood in front of them: Rapper Sjors! Of course, they could not let this chance slip away, so bravely they asked him to go out with them. Rapper Sjors thought the group was fun and decided to join! Together, everybody had an amazing night.

At eleven the next day, everybody still had a little time to enjoy the lovely weather before they catched the train back to Rotterdam. In the end everybody was back in Rotterdam at 5 pm. A big thanks to IntAct and Rapper Sjors for this awesome trip!