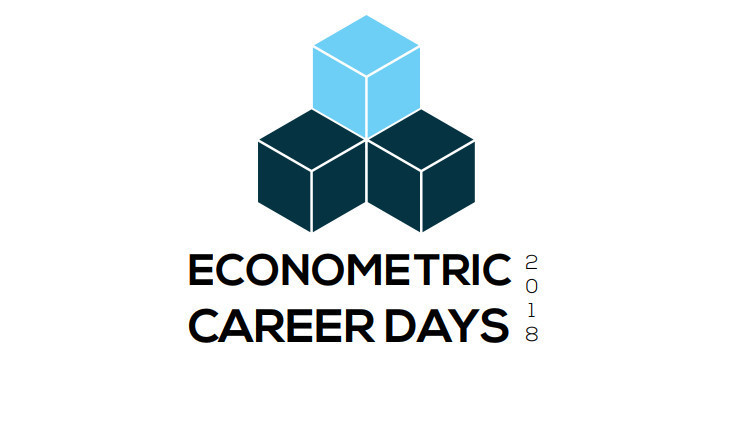 The Econometric Career Days is an annual career-related event, where econometrics students can get an insight into the career opportunities in the field of econometrics and operations research. This event is considered to be the nationwide largest career event for econometricians! But who came up with this idea? And when did the first ECD take place? We asked the board member who supervised the first ECD committee, Ewout Bosch!

How did you come up with the idea to organise the Econometric Career Days?

Ewout: "The first edition of the Econometric Career Days (ECD) was organised in 2013. During the Summer of 2013 my predecessor, Robin van Straalen, came with the idea to organise a multi-day on campus career event for econometricians in Rotterdam. As such I started to further work out this plan, formed the first ECD committee and sounded the proposition with companies. Everything had to be built up from scratch including the name of the event. Our initial name for the event was Rotterdam Econometricians Days (RED), but we thought this name was too similar to LED and hence we changed it to Econometric Career Days."

It must have been quite hard work to organise this whole event, right?

Ewout: "During the Summer and first months of the academic year the committee and I worked hard to further work out the plans, approach companies, reach out to potential keynote speakers and promote the event. In November the time had come and the first edition of the ECD took place. The event took three days in total, comprising of amongst others academic presentations, company cases and workshops and a visit to the Port of Rotterdam. The event ended with a big celebration: a boat party."

What was your personal biggest highlight?

Ewout: "My personal highlight was the presentation of Prof. Dr. Alexander Rinnooy Kan."

Ewout is talking about the opening presentation of the first ECD, which was also described in the Estimator article about the first ECD: "Keynote speaker of the opening was Prof. Dr. Alexander Rinnooy Kan. Rinnooy Kan has one of the most impressive resumes in the Netherlands; he is former Chairman of the Dutch Social Economic Council, former Chairman of the main employers’ organization VNO-NCW, member of the ING Board, and former Rector Magnificus of our university. Currently, he holds a position as lecturer in economics and business administration at the University of Amsterdam. In other words, he was the personification of the ECD 2013’s tagline ‘Business meets Research’. He discussed some of the more difficult to discern causes of the past financial crisis, which led to some interesting questions from audience members."

Thanks to the efforts of Ewout and his committee, the first ECD was a great succes and has been organised annually ever since! Ewout: "I am proud to see that the ECD is still organised today and is bigger than ever."

This year's ECD will take place from November 13th until November 21st. Want to sign up? Go to www.ecdrotterdam.nl and subscribe before November 1st! Do you want to read the full article about the first ECD? Check out the following link:

Note: The Estimator articles used to be in printed versions, and hence the article about the first edition of the ECD is not on our website.