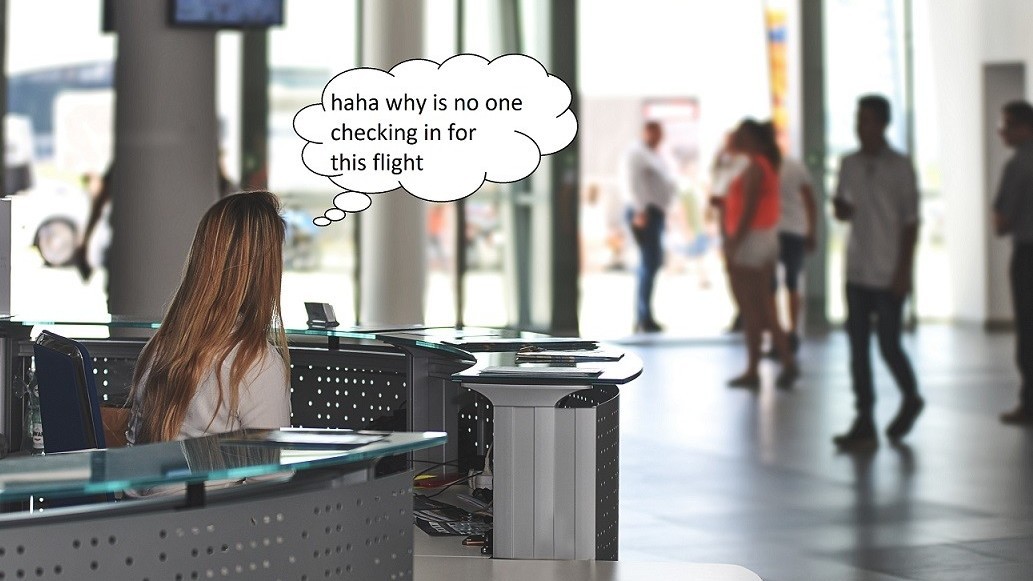 For complicated reasons, Heathrow Airport used to host completely empty flights to Cardiff (Wales) around six times per week. As an econometrician (or just any person with very basic economic insight), you might have already figured out that hosting these so-called ghost flights will not necessarily add to a business’s profitability (if not: that’s quite sad). However, there is a good economic reason why only the cockpit crew was allowed on these flights…

Let me illustrate the context of the problem addressed in this article: Heathrow Airport was ranked number 7 on the list of busiest airports in 2017, and it managed to maintain that ranking in the first half of 2018. With an overwhelming amount of around 78 million passengers in 2017, the airport is crowded. Very crowded. Trying to get those 78 million passengers on planes, and subsequently, off planes, with only two runways available (compare this with Schiphol, which has 5 runways and (only) handled 69 million passengers in the same year), operations at Heathrow are subject to a very tight schedule, and any deviation from this schedule has massive consequences. This tight schedule is translated in so-called “time slots” or “slot pairs”.

Time slots are rights for an airline to land and take off at the airport at particular times. As Heathrow is so crowded, competition for these time slots is intense, and prices are high. I’m talking about massive waiting lists, and huge amounts of money when it comes to buy outs (yeah: these time slots are also tradable and sellable, resulting in the record-high of such a buyout of around 75 million dollars) and, of course, strict rules.

These rules include a rule stating that a time slot that is used less than 80% of the time will be transferred to the next one on the waiting list permanently. Hence, companies try to prevent the transfer of their worthy time slot to the next airline in line at all (other) costs. However, during the time of these empty flights, the rules did not include any restrictions on what kind of flights should be arriving and departing. Judging from my way of phrasing the previous sentence, and combining this with the title of this article, you might already see where I’m heading.

When British Mediterranean Airways cancelled flights from Heathrow, London to Tashkent, Uzbekistan, namely due to the political and civil unrest that was happening at the destination, it was left with an empty time slot. As the executives tried to think of an alternative flight to an alternative destination, and tried to arrange all operations needed to successfully implement this new flight into their offer, it had to come up with a temporary alternative in order not to lose their time slot to the next airline on the waiting list.

And that is why there were empty flights from Heathrow Airport to Cardiff, Wales. These flights departed at 2:35 pm every day, and flew back to London at 12 noon, six days per week. No passengers were allowed on this flight, as the efforts to organise contracts for baggage handlers, gate personnel, translators, et cetera, were, according to British Mediterranean Airways, too costly considering the temporary time period in which these flights would exist. Hence, these flights were completely empty, apart from the personnel needed to actually get the plane to Cardiff, and back.

You can imagine that the climate activists were, said lightly, not really that excited about this development. They started protesting, and soon these ghost flights disappeared. While flights with only two or three passengers still exist due to complicated get-arounds that airlines come up with, at least there are no complete useless emissions happening in the airline business after this scandal. And the lucky few passengers of these almost-empty flights at least won’t have to experience that feeling of massive uncertainty at the baggage claim area about whether the suitcase approaching at a rapid speed is actually their suitcase, or just a very similar one ;).

Source: Half as Interesting