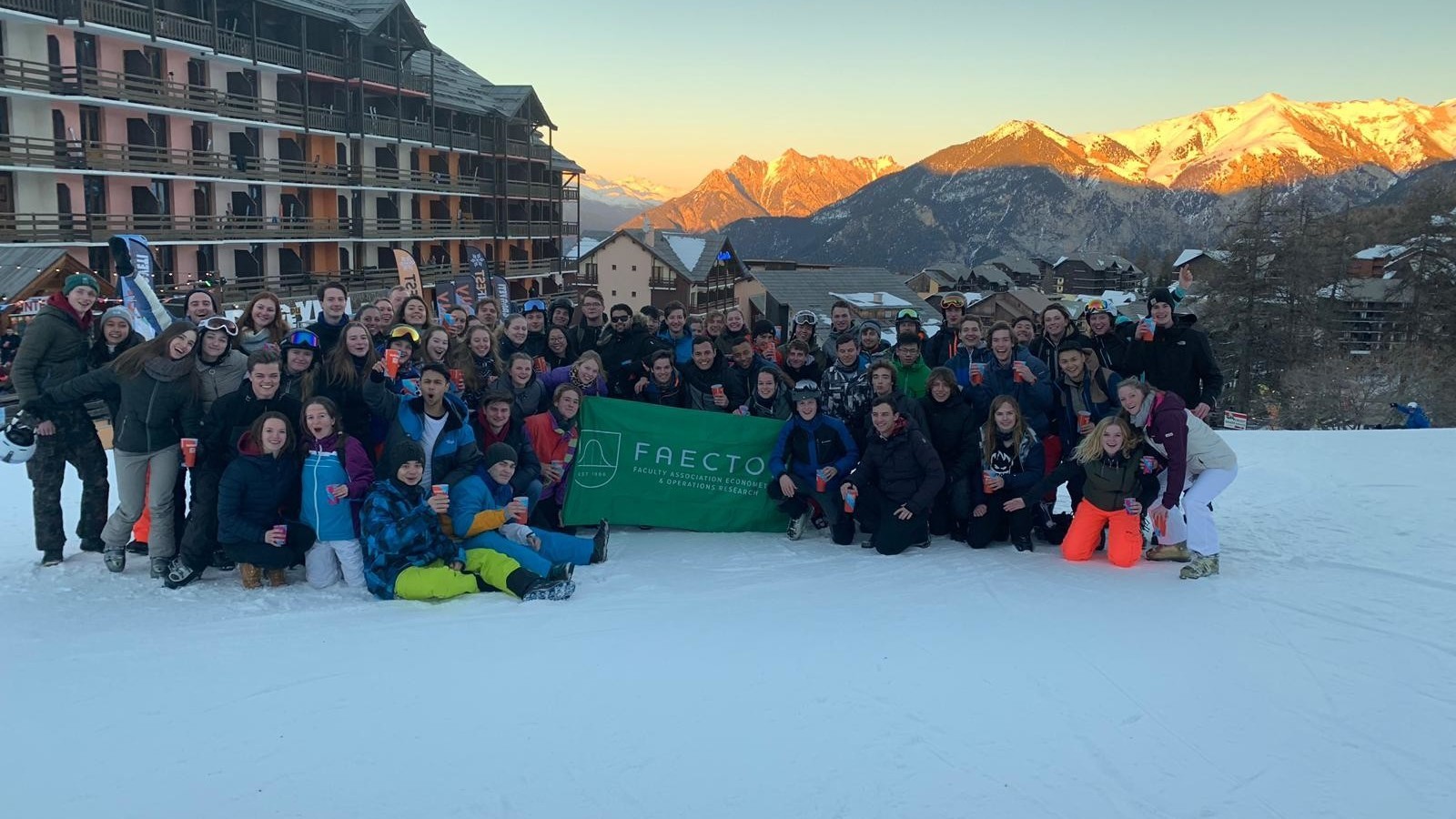 About three weeks ago, the FAECTORians came back from the annual ski trip. The 2019 edition was in Risoul, France. And for the first time in the history of FAECTOR, the ski trip lasted for 5 days. Wondering what everyone did during those five days? Some students described their experience for us!

"We left at 5 o’clock in the evening on Friday the 11th of January. In the bus everybody was having a lot of fun while listening to some music. After a couple of tiring hours, we arrived in Risoul at 10 in the morning. Everybody put their skiclothes on before picking up their skis. Sadly, the snow wasn’t of really good quality but that did not spoil the fun. We didn’t only enjoy the skiing, but also the view. When sitting in the skilifts, you saw the most beautiful area covered with snow. After the skiing we already started with the apres-ski, before having a bbq with everybody. We closed off the day with dancebattles and singing Stupid by Tess during a little more apres-ski." ~ Nikki Meekma

"After an entire night of sleeping in the bus in many uncomfortable positions, it was great to finally get some good rest in our beds. The following day, many of the students were well-rested and prepared to hit the slopes as soon as possible. I, however, decided to get some breakfast outside and enjoy the nice sunny weather first. It was truly an amazing day and we spent the entire day skiing and exploring new routes. In the evening, it was time for some karaoke. Together with Rick, we were ready to kick off the game by singing Unwritten, a real classic of course! Many songs followed, including Breaking Free and ‘Het Is Een Nacht’. This made us discover many new talents of our fellow students! All in all, it was a great success!" ~ Mirnesa Ibišević

"It was already the third day of my first ski trip ever. After two days of countless failed attempts at skiing, followed by making up for it at the après ski, it was finally time to leave the beginners area and explore the rest of Risoul. To my own surprise, and that of others, the skiing actually went pretty well. On the very peak of the mountain, I discovered that there was a path going to the other side, a different ski resort named Vars. With my new-found confidence, I decided to take on the venture. The route followed a seemingly never-ending slope straight through the stunning landscape. Combined with the breathtaking view, it was certainly one of my favourite moments of the ski trip. After dinner everyone would, almost as if tradition, end the evening partying at the Yeti bar. That night, lying in bed, I really started to understand what people love about winter sports: the beautiful slopes with their white powder, the fresh mountain air and the amazing group of people that made the ski trip truly unforgettable." ~ Jimmy Tang 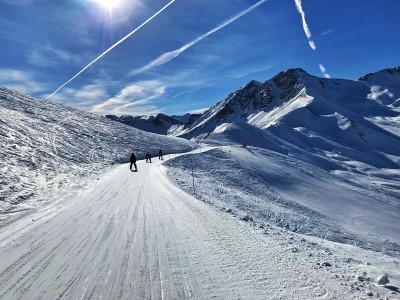 "We had already had some lovely days skiing with nice snow, sun, and great views. We also enjoyed the Yeti bar A LOT. Sadly, the last day had arrived rather quickly. Even though we were pretty tired and had a little hangover, we wanted to make the most out of the last day. We had lunch on top of the pistes. At the end of the day, we went to the French apres ski for the last time and took the necessary group pictures (even some action pictures by a photographer). Eventually we hopped on the bus to drive home. Luckily, we had a lovely bus driver who was happy to explain all the buttons on the bathroom to us. After a long drive, we got back to Rotterdam, where of course it was raining. Et voila!" ~ Dora Blijvoet