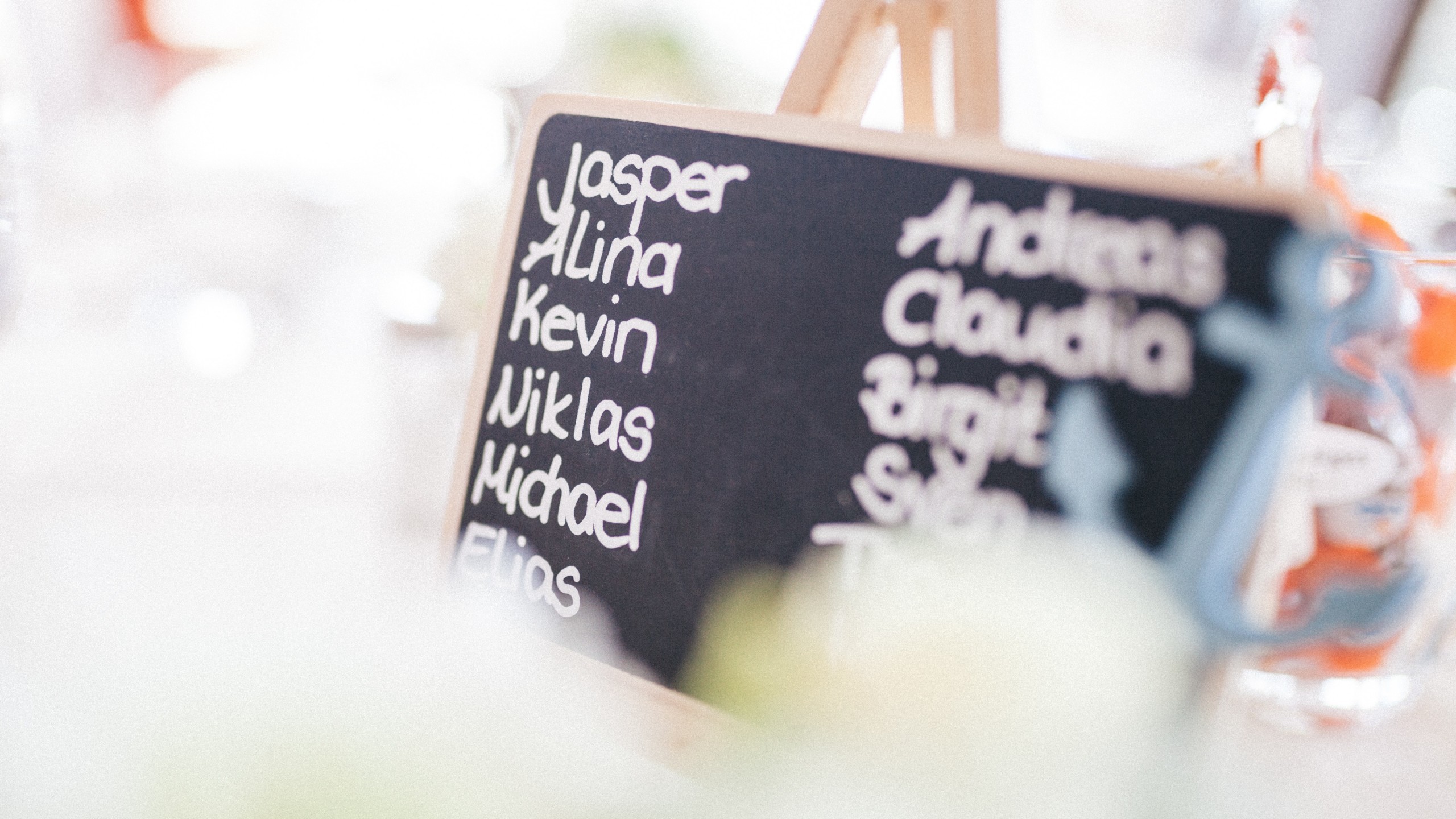 Your parents have most probably experienced how difficult it is to come up with a name for an unborn child. They probably thought about at least one-hundred alternatives before deciding upon your name. But what if they had chosen a different name for you? Would you be where you are right now? Research has shown that your life would be completely different (at least to some extent)...

Some people just look like their name. When being introduced to these people, you get this weird feeling of "Yeah, you're right. You're indeed a Bob" or "Paris is actually the perfect name for you". While the association with the name Bob is probably different for a lot of people, I bet my readers all have the same kind of image about a girl named Paris. White girl, blonde hair, rich and spoiled child, probably drives a Mercedes or some other fancy car, speaks with a typical Valley girl accent and tries to be an Instagram influencer like sooooooo bad. She certainly is not the kind of kid that plays Minecraft all weekend long (at least, not in my mind). I must admit, I kind of had Paris Hilton in my head when I described my association with the name, but still. The same holds for people named London, Sydney, and Ho Chi Minh City (haha ok, apart from the last one then). But you understand my point.

Apparently, many researchers had the same feeling about names fitting people. Academics from the Hebrew University of Jerusalem investigated this phenomenon, and they actually found statistically significant results! The experiment was designed as follows: A picture was given to the participants, together with four names. The people in the experiment had to guess which name belonged to the person in the picture. On average, the correct name was guessed 30% of the time, which is 5% more than we, as statisticians, would expect. Example: 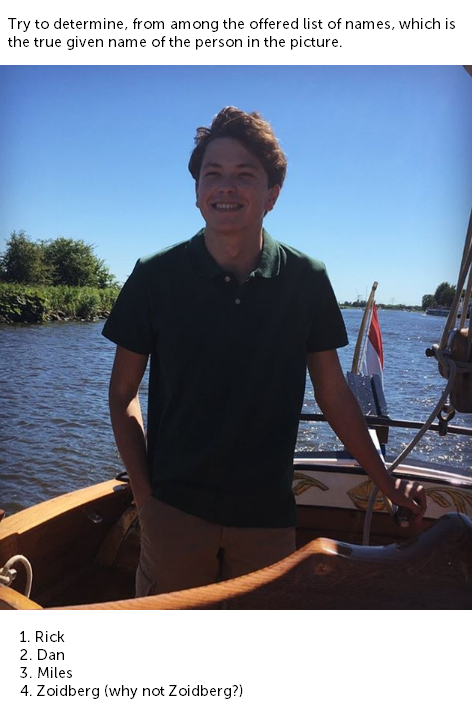 (I have made my own example, so we don't get any angry emails about copyrights anymore)

What does this result mean for us? Besides the fact that we are probably a little hurt that our statistical methods did not perfectly predict the outcome, it also shows that people apparently grow into their name, meaning that they will unconsciously change their behaviour, style, and perhaps even their gym habits: All according to the stereotype that belongs to their name. There is some sort of micro peer pessure for you to act like people think you act. You not going to the gym might have something to do with society's association with your name.

The term describing this phenomenon is the Dorian Gray effect, which occurs when external appearance, in particular facial appearance, is influenced by by internal factors. The researchers propose that your name may have such a Dorian Gray effect on your face and personality: The stereotype associated with your name includes a certain facial appearance shared across our society, meaning that there exists a consensus about how you should look and what your personality should be like, based only on your name. Unconsciously, you actually start to act like your name, or at least the person associated to your name. Hence, your name is a self-fulfilling phophecy. We act, look, and make decisions, based on our name.

Take as an example the decision about moving to another city. Research has shown that one is influenced by its own name when choosing a city to live in, for instance: Around 0.42% of the U.S. population is called Louis, which would mean that there would be 1316 people called Louis living in St. Louis. However, this number is actually 1959, which is significantly higher. The same pattern can be seen in Georgia, where there are 2202 people called Georgia, but from a statistically point of view, it should be 1103 only.

All in all, your name is as attached to you as your arms, your legs, and your ability to create a darn pretty Minecraft castle (Paris, where you at now, huh?!). It apparently defines you as a person, both physically and mentally. I strongly advise you to take this into account when you're having kids: In ten or fifteen years, or so, you will also face the difficult task of choosing your child's name, and hence, deciding upon his/her future before he or she is even born. So think wisely: Do you want your boy to look like Zac (Efron), or like John (Mayer)? ;)