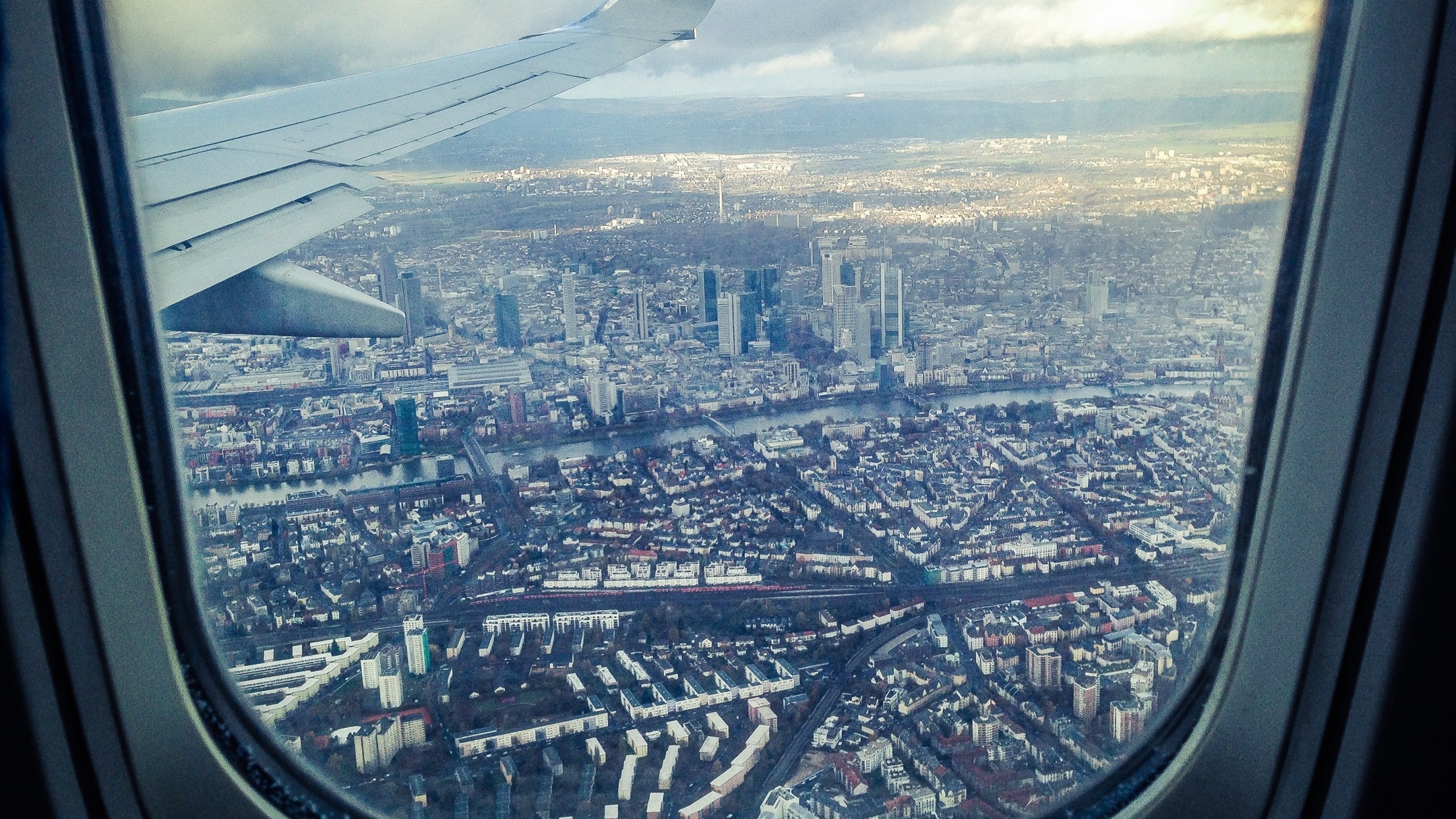 The summer holidays are coming and everybody will fly to different ends of the world to avoid the phenomenon called "Dutch summer". Thailand, Spain, USA, Italy, Aruba, where ever you are going, you want to find those hidden gems no one has ever heard of. However, this is not as easy as most people think, hence the name 'hidden' gems. But, don't be discouraged because we used the power of our knowledge combined with connections to find those spots that will soon be on the Tripadvisor top 10! We found some spots you have to go to in some cities, be it with friends, family, or the love of your life!

1. Naples, Italy.
The first spot in Naples is probably an adventurous one. The Trattoria da Nennella, situated in one of the side streets of the long Via Toledo (on the corner of Vico Lungo Teatro Nuovo and Vico Figurella A Montecalvario) is a small Napolitan trattoria with local food. Don't be scared by the cheap table paper or the plastic cups, the food here is the real deal. They serve traditional Napolitan food such as fried allici (anchovies) and Zucchine alle scapece (fried courgette in vinegar) or Cime di Rapa (fried young broccoli stems) . The sign outside says you can only enter when your group is complete. Reservations are made by putting your name down at the entrance, and your name will be called when a table opens up. Order a variety of dishes to share, and enjoy the Napolitan chaos. Don't forget to get a coffee at the stand outside the restaurant when you leave.
The second spot is a coffee bar called Caffe Mexico (Via Alessandro Scarlatti 69). This bar is in Vomero, one of the fancier neighbourhoods of Naples and it only serves coffee made with Passalacqua beans (one of the best coffee in the world in my opinion). You can get here by taking the Funicolare (a tram/metro that goes up and down hill, something you might have seen in a mountainous village) from downtown. The bar is filled with old people enjoying their espresso shot at the bar while making small talk with the barista. The sign on the wall says the coffee is served sweetened as it is the ‘Napolitan way’, only if you ask they will serve it 'bitter' (without sugar). This is true, Italians in the south enjoy their coffee with a bit of sugar! Make sure to buy a bag of coffee beans to bring home!
If you want to escape the busy city centre of Naples, you can escape to Pozzuoli, a fisher’s town easy to reach by train. Besides having plenty of cute bars and restaurants to eat at with a lovely view, this is the place to take ferries to the nearby islands such as Ischia or Procida. On the Piazzo Italo Balbo sits the restaurant Gigetta. Although the average dish is not phenomenal (don't expect to get your best Napolitan pizza or pasta here), the Pesce Spada (grilled swordfish) here is the best I've ever had. If you plan to visit one of the islands, grab some pesce spada with fried seaweed balls lunch before and you won’t be disappointed!

Pictures of Trattoria da Nennella and Caffe Mexico
2. Helsinki, Finland
Have some pizza at Via Tribunali (Sofiankatu 4) located right in the city center. The pizzas here are relatively cheap compared to Finnish standards, thought still relatively expensive compared to the rest of Europe!
On a nice day you can take the ferry from the city center to the island Suomenlinna. There is a little church and an old fort too! The ferry departs from the market square (Kauppatori) where you can also buy a ticket. You can also use your Finnish public transport card if you have one! If the weather is good, bring some picnic stuff to the island and enjoy a picnic on the island, otherwise you can just stroll around!
If you are more on a budget (which you might be after some days in Finland) and love sushi, Haru sushi (Fredrikinkatu 30) might be for you! For €15 euros you can have unlimited buffet sushi and soda! It has a cozy atmosphere, and quite the sushi selection!
Go for a coffee and a korvapuusti (literally translates to "slap in the face" but it means cinnamon bun!) at Regatta (Merikannontie 8). This cute café is located between the sea and a park where you can go for a walk afterwards to burn of at least some of those calories you just feasted on ;) . In the park you will find the famous Sibelius monument (Sibelius is a famous Finnish composer who was born when Finland was still Russian!).
3. Aruba
Aruba is a very small island and the best way to explore it is by renting a jeep and driving around the island on your own. Be sure to visit some of the most famous beaches such as Baby Beach and Rodgers Beach which are situated in San Nicolas, the south side of the island. When visiting San Nicolas, make sure to search for all the beautiful murals curated by local artists in the city center. In the mood for some snorkeling? Mangel Halto is the best beach for that! After driving around San Nicolas and snorkeling at Mangel Halto, have some fresh seafood at one of the island’s best local seafood spots Zeerover located near Mangel Halto. Don't forget to taste some of the local Pica di Papaya (Papaya hot sauce)!
After having visited San Nicolas, the south side of the island, it’s time to visit the north side of the island. Hop in your jeep and drive to Conchi also known as the Natural Pool where you can dive into the clear blue sea. You can choose to drive through the rough terrain with your jeep or park somewhere and go on foot to reach it. Afterwards, you can drive along that coast and visit the Natural Bridge and the Gold Mine Ruins. You can take some pictures at the Gold Mine Ruins and enjoy some refreshing raspao(shaved ice) and awa di coco (coconut water) from one of the trucks nearby to cool down. Tip: after drinking the coconut water ask the vendor to cut into the coconut for you so you can eat some of the pulp! Continue driving along the coast and you will eventually reach the California Lighthouse at the tip of the island. You can have dinner at the Faro Blanco restaurant right in front of the lighthouse and enjoy the beautiful sunset.
If you’re in the mood for some nature, you can wake up early and hike on the Hooiberg and take in the marvelous view. Afterwards you can visit Parke Arikok to learn more about the spectacular flora and fauna that belongs to Aruba. You can also get a tour of historical and cultural sights at the park. At the end of the long and tiring day, book one of the many sunset cruises available and relax on the boat while enjoying the stunning sunset and sipping on some delicious (unlimited!) drinks. Visit the Palm Beach area at night, which is also known as mini Miami because of the long strip of hotels and the many restaurants and stores in the area. There’s usually a long line at Smokey Joe’s Island Grill near dinner time so get there a bit early to indulge in some grilled meat. Finally, dance the night away at Gusto or South Beach and have a great trip to Aruba! 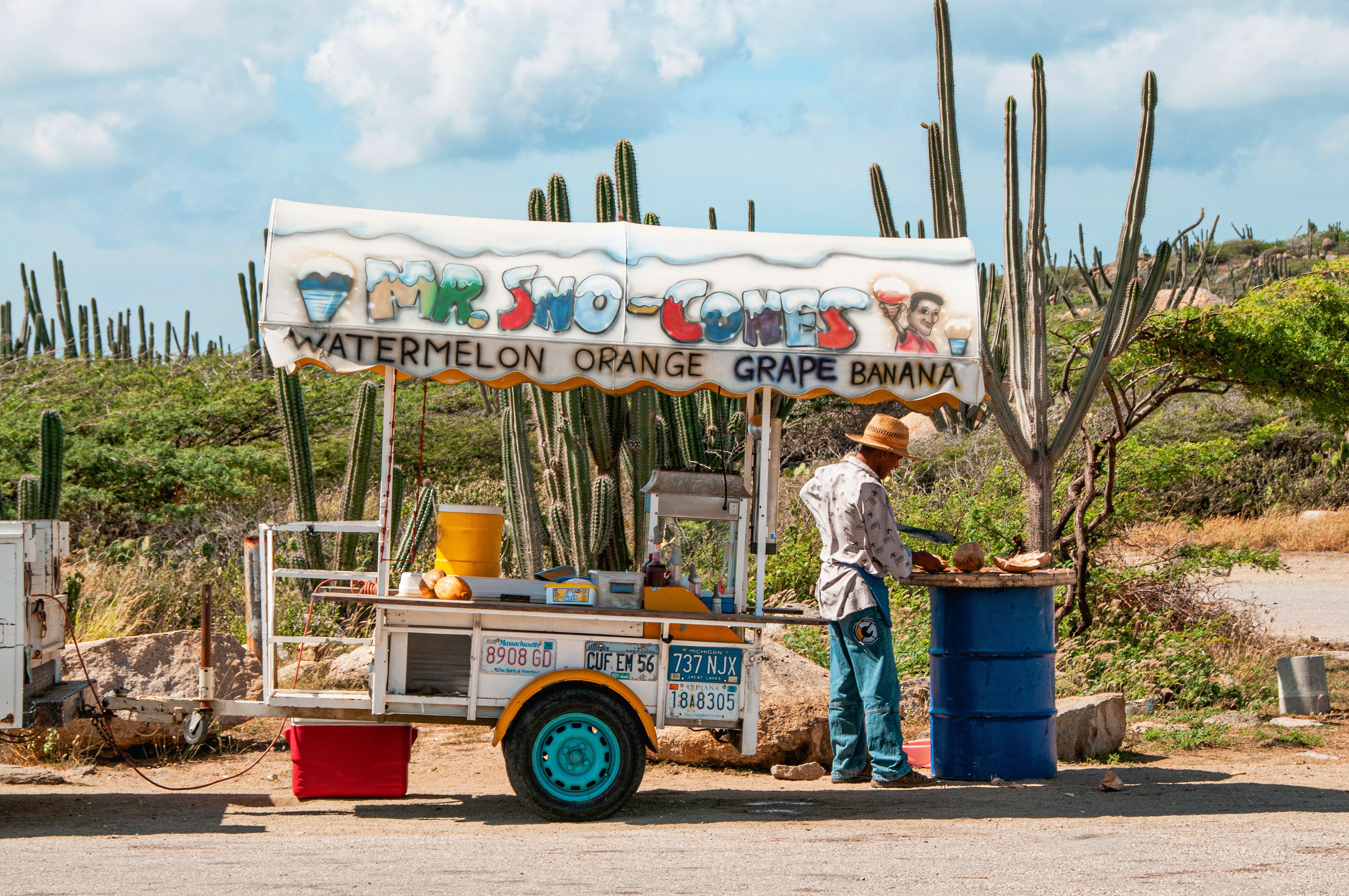 Typical raspao and awa di coco stand
4. Prague, Czech Republic
Have a beer in U Fleku, a traditional very big beer bar with live music by accordion, it’s in the centre at walking distance from Old Town Square. The address is  Křemencova 11.
Have sushi at the small place Sushi Oishi where you get amazing wooden miniature boats with a lot of nice sushi. Maybe the atmosphere at the restaurant is not that special but the sushi is amazing! The adress is V Celnici 1031/4, also a walking distance from the city centre.
Go to an ice hockey game, for students it is super cheap (only 6 euros) and it’s very Czech! You can buy tickets online and the games are in the O2 Arena, where you can go by tram or uber. An amazing experience and definitely something you should do when in Prague!