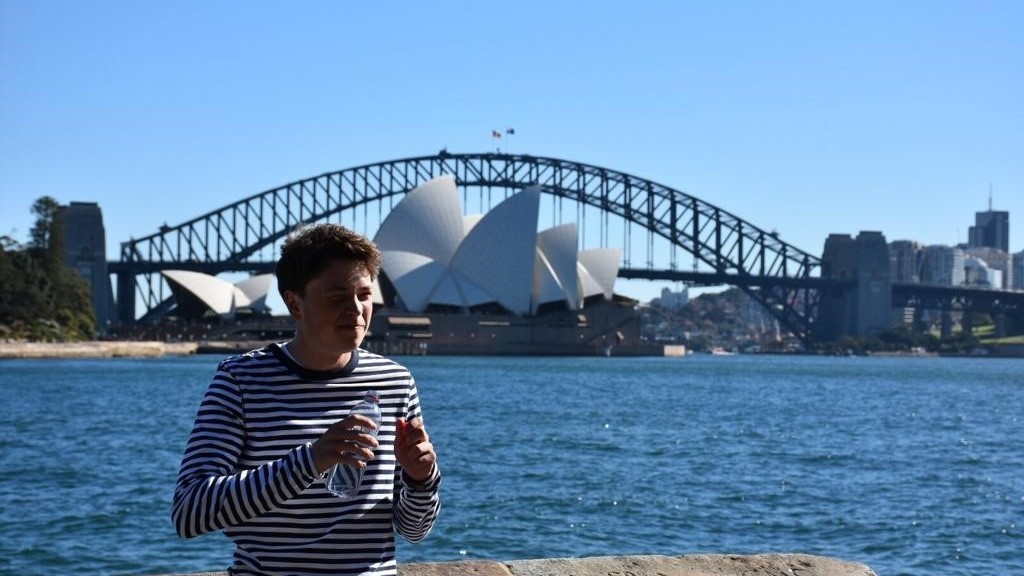 G’day mate!
I am Rick Kessels and I am a fourth year BSc2 Econometrics/Economics student. Grateful for the opportunity to go on exchange to the city famous for its Opera House and Harbour Bridge, I will tell you all my adventures I experienced while studying in Sydney, Australia!
After block 5 exams had ended at the end of June, I only had 10 days to prepare before I would leave for Australia. This was quite hectic, but I actually enjoyed the fact that I didn’t have to wait all summer to start this exciting adventure. The day before I left: 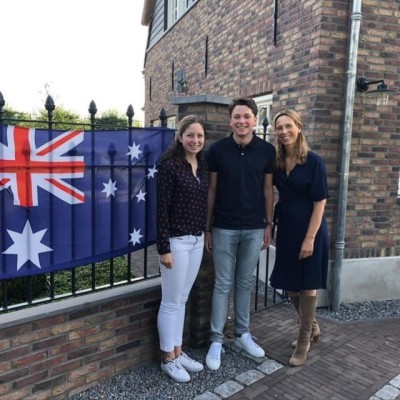 My sister, me and my mom!
After two very long flights, I finally arrived in ‘the Village’, which is the student housing on the campus of the university. As you would expect, many introductory activities and parties were held in the first couple of weeks, so meeting new friends was very easy. As the semester was about to start a week later, my newly-made friends and I were looking for a quick get-away before we actually had to show up to class. Hence, our first trip was a fact: Brisbane, Gold Coast and Fraser Island! 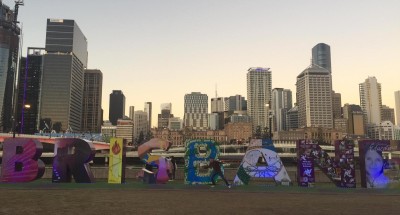 To be honest, there wasn’t much to do in Brisbane, except for a super cool pub crawl with live music and karaoke. One of my American friends was amazed by the fact that I knew all the lyrics to ‘Take me home, country roads’, after which I told her about our Beercantuses! 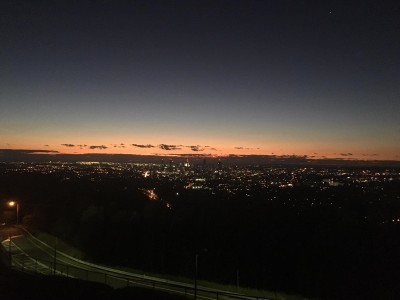 Brisbane in the early morning
Gold Coast was so much better than Brisbane already. 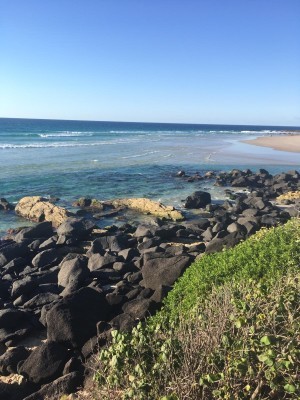 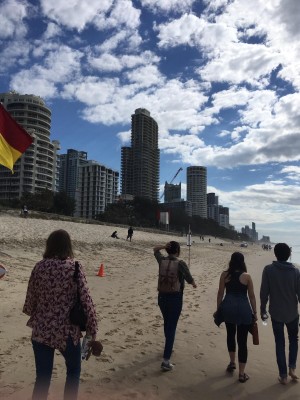 Gold Coast
But, as of now, my favourite destination in Australia, by far, is Fraser Island. It is the biggest sand island in the world, and it is home to the famous Lake McKenzie. The day we were there, it was very cloudy, which makes the picture a little dull-looking. But the lake was so pretty in real life! This is also the place where I first saw whales and dolphins jumping from the sea. Little did I know that two months later, during our trip to Byron Bay, I would be kayaking 20 meters from a whale. 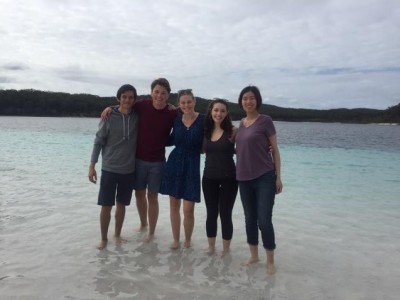 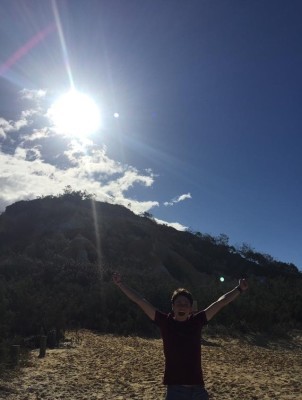 On Fraser Island
After coming back from this amazing trip, our classes started. Week-long trips were not possible anymore, so we decided to turn to the many national parks Sydney has to offer. My personal favourite is Royal National Park. 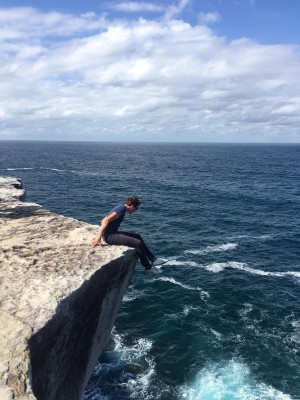 Royal National Park
The second trip we did was to Byron Bay, which was amazing as well! There, I did my very first (and probably only) skydive, which allowed me to see the beautiful nature and adjacent beaches and sea from 7 km above the earth. 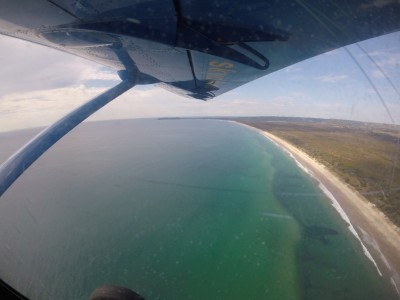 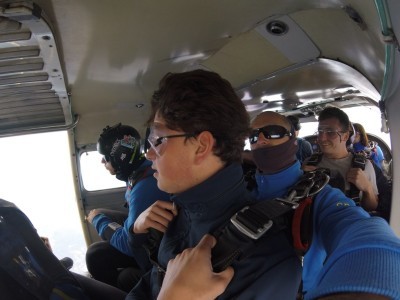 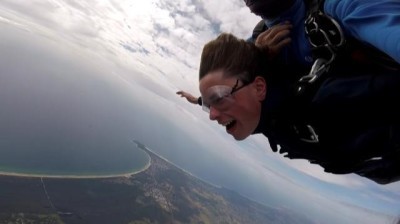 I also learned to surf on Byron’s waves! It is actually much easier than you think. I would definitely recommend you to take some surfing lessons when you are able to, as it is a lot of fun. 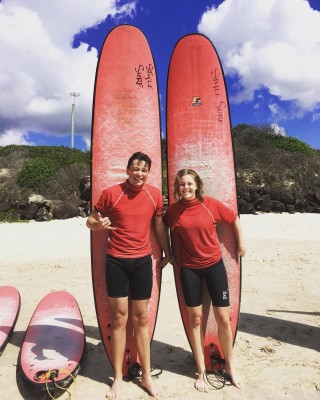 A week after coming back from Byron Bay, I ran the Sydney Marathon. Although it was around 25 degrees Celcius, and there was full-on sun, it was an amazing experience to run on the Harbour Bridge (depicted on the photo) and, after 42KM, to finish at the Sydney Opera House. My friends even made a ‘Pickle Rick’ to support me: How sweet! I also gently forced three of my friends into running their first 10KM and I want to take this opportunity to say that I am very proud of them! 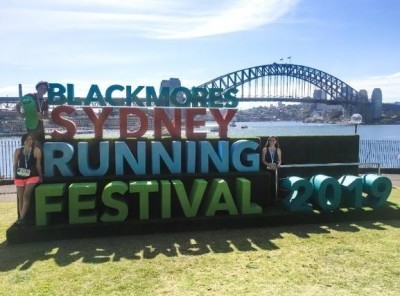 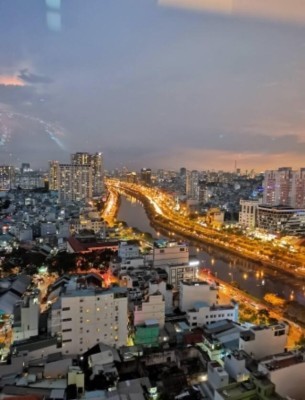 The view from our apartment 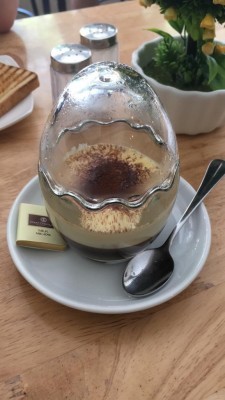 Traditional Vietnamese Egg Coffee: The taste reminds me of Tiramisu!
After spending three full days in Ho Chi Minh City, we flew to Phuket, Thailand. This is where we finally got to relax on the nice beaches. 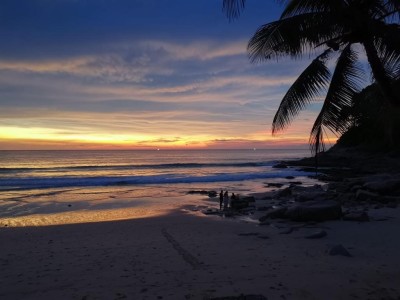 Sunset in Phuket
We even found a private beach after hiking on flip-flops for over two hours. 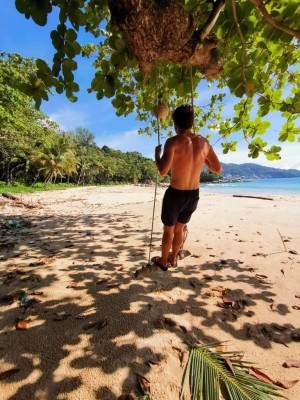 On our private beach 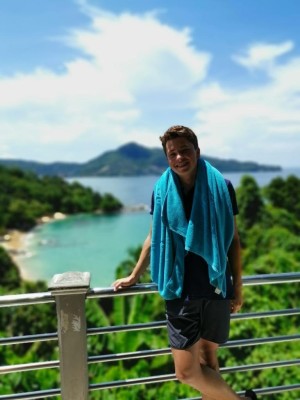 Phuket is so pretty! We went to the beach on the background. 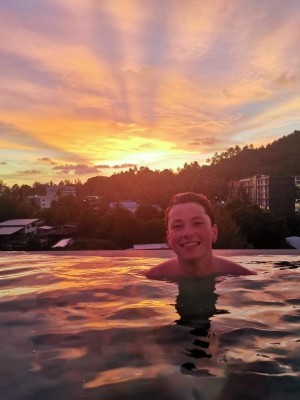 Rooftop Infinity Pool
Unfortunately, our trip ended, and I had to go back to Sydney to prepare for my final exams. But the next trip is already in sight: I’ll be heading to Melbourne and Fiji next week! I’ll have exams in the beginning of November, which don’t really matter anymore as I already scored enough points during the semester to pass my units: Never thought exam season could be this relaxed! After exams have ended, I’ll do a road trip through Western Australia and perhaps New Zealand. I’ll have a true Australian Christmas with my sister in Cairns, where we’ll do some diving and snorkelling in the Great Barrier Reef. Driving along the East Coast, we will visit the Whitsunday Islands as well. Eventually, we will get on the plane to make it back to Sydney in time for my very last night of my exchange: New Years Eve. Celebrating 2020 with the fireworks at the Opera House, I hope to go out with a bang!