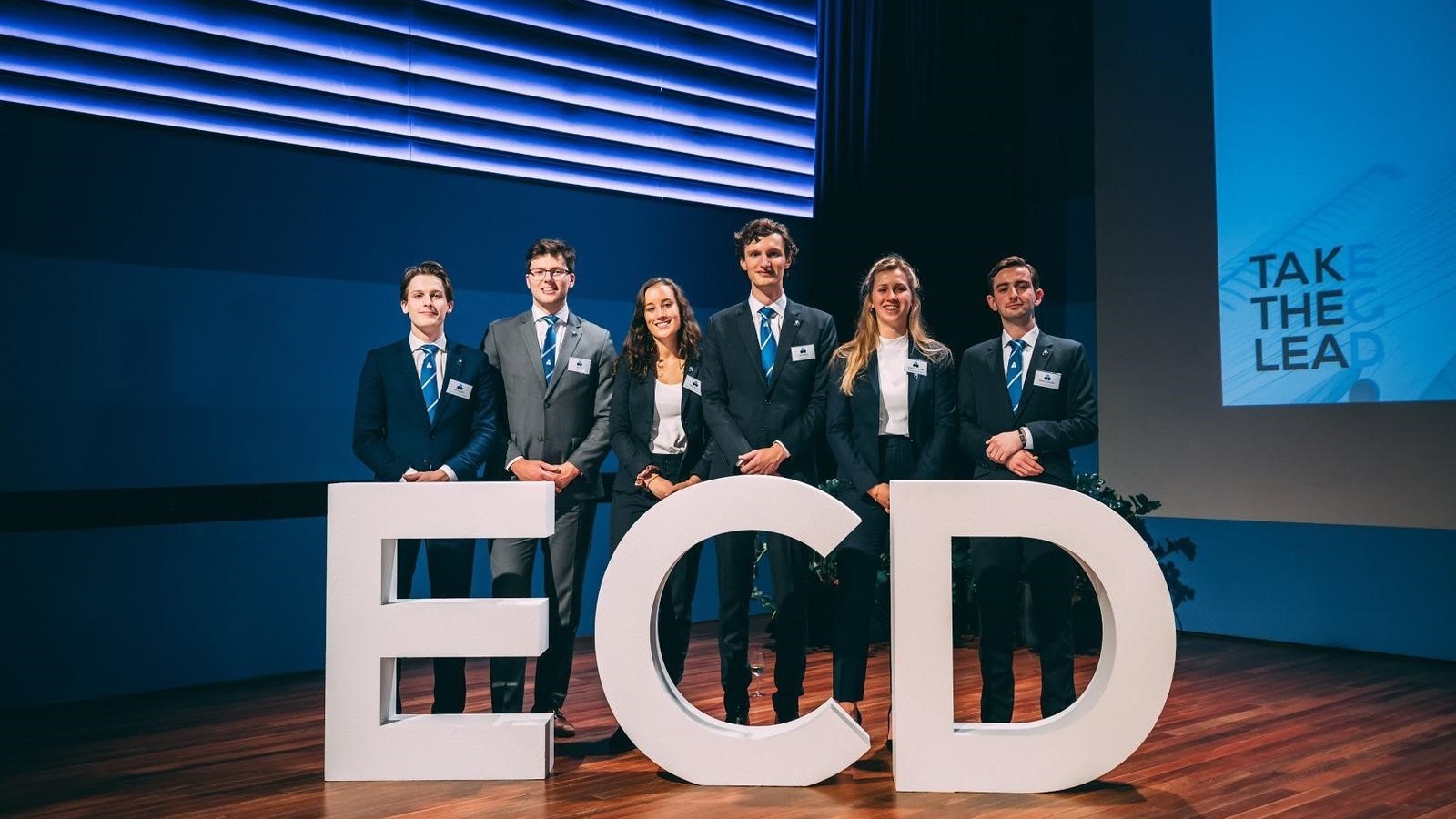 The Econometric Career Days ended a few weeks ago and most of us attended some events. There’s a lot of planning that goes into such an elaborate event, so we asked Koen Pethke, chairman of the ECD and Sean Goedgeluk, external officer and treasurer of the ECD to give us some insights into the organisation process and to take us through some of the highlights!
What was the hardest part about organising the ECD this year?
Koen: There are a lot of challenges when it comes to organising an event with the magnitude of the ECD. When we had only just started, the ECD was still over ten months away, making it very easy to forget about the urgency of some tasks and fall behind schedule. When getting closer and closer to the event, there are so many little tasks that need to be executed that you can forget about, too.
Sean: Given that I enjoyed just about every part of the organization of the ECD, I think that in the moment nothing was particularly difficult. However, thinking back, there is one thing that took quite some effort: the very first budget for the entire event.
Setting up a budget is not about guesstimating how much you will spend on a certain area of the ECD, e.g. marketing or opening drinks. You have to dive deep into specific costs and brainstorm about ideas for all the parts of the ECD. You then try to find out how expensive these options are. All in all, it takes quite some effort to come up with a budget, especially nine months in advance, when ideas about the event are still flowing.
Did you have a specific goal in mind when planning the ECD and was this goal achieved?
Koen: This is obviously a question we asked ourselves at the start as well. One of the main things we wanted to improve upon was The Grand Opening. Previous years, although interesting speakers were present, there were unfortunately a lot of empty seats in the Pavilion. This year, we therefore put a lot of effort into an interesting combination of speakers and the marketing of this specific event. In hindsight, I believe it is fair to say this effort paid off, as The Grand Opening was a massive success!
Finally, we wanted the ECD to be accessible for all students and aimed for as many unique participants as possible. I take pride in the fact that we increased this number by almost fifty percent compared to last year!
Sean: From the very first brainstorm sessions, we set ourselves the goal to improve last year’s edition without expanding on the event itself. This meant that we were going to focus on bringing better companies to the ECD compared to last year.
Additionally, we saw greater potential in the opening and closing drink of our event. While focusing on pulling in more reputational speakers, we also acquired several very interesting companies. For the closing, we set the goal of focusing more on the experience of the students as well as the setting of the event. 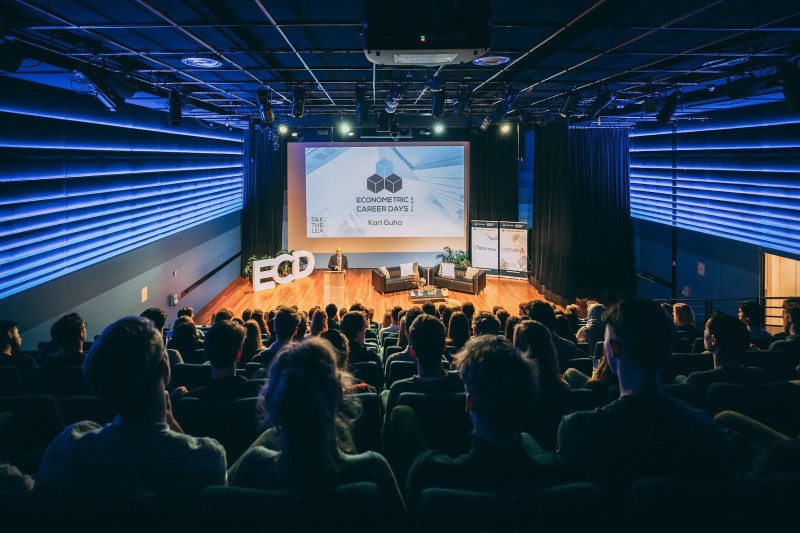 How did everything go compared to what you had expected?
Koen: First and foremost, the week flew by even faster than I could have imagined beforehand! From The Grand Opening, which basically went as smooth as we could have hoped for, it was one big rush up until the closing drink. Obviously, things don’t always go exactly according to plan, which is something you simply have to accept and evaluate in the evenings. Generally speaking , however, we thoroughly enjoyed the entire week ourselves and believe the experience for both companies and students alike was pleasant as well!
Sean: Regarding the overall event, things went much better than expected. We were able to get many more subscriptions than last year and the opening, field trip and closing drinks were also all a great success. However, I did expect some organization things to go smoother, here you can think of catering issues, but also communication with companies.
The ECD tagline this year was ‘Take the lead’. How did you decide on this tagline?
Koen: Even though ‘Take the lead’ sounds very simple, it definitely was not that easy to decide on the theme of the ECD. We started off with dozens of ideas and slowly started chipping away on the worst themes. After a long serious discussion (and just as many laughs!) we finally decided on ‘Take the lead’. Not in the last place, we chose this theme because of the three keynote speakers during The Grand Opening. We thoroughly believed they would be able to link their experiences to this theme, which proved to be an accurate assumption!
Sean: Believe it or not, a lot of creativity and brainstorm sessions come looking around the corner during your time in the ECD committee. We brainstormed on general slogans and then built on ideas from each other. Finally, we voted for the best choice: a slogan that would inspire you to take lead of your own career and in your future job. 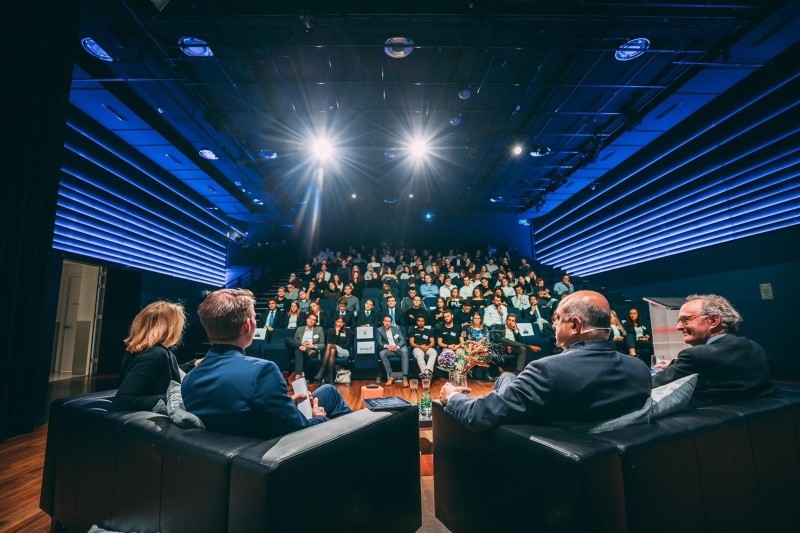 Was there an event you were looking most forward to attending?
Koen: The Grand Opening was definitely the most exciting event. Having thought about this event and its setup since the very first day of the committee, it was incredibly exciting to see it come to reality. Of course, its success was also highly dependent on factors we couldn’t control such as the turnout from students. These factors make the event more nerve-racking than others, but all the more fun afterwards!
Furthermore, the Field Trip to the Ministry of Defence was a day I was really looking forward to. As chairman, I was in charge of all communications regarding this event and to actually be there on the day itself was a lot of fun!
Sean: The opening, closing drink and field trip were all things I looked forward to a lot. However, although the opening and field trip were both a wonderful event and a great achievement for the Econometric Career Days, it was the closing drink I enjoyed the most. It was the time where we celebrated the entire event and where I got to celebrate it with all of my committee members, people who I have worked with on a daily basis and become good friends with! 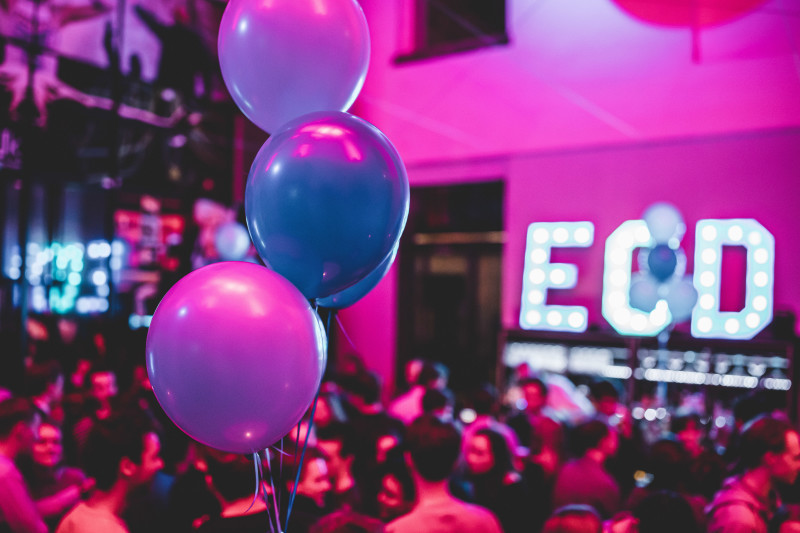 What were the most memorable moments during the ECD?
Koen: For me, the moments I will cherish all have to do with the fun we had as a committee during the entire week. Whether it was staying late at the drinks/dinner or simply having a laugh watching Netflix in between events, these were the moments I had the time to fully appreciate what we had put together as a team!
Of course, celebrating the entire week with the whole committee during the closing drink was unforgettable! The pictures from the photo booth will serve as a reminder of all the fun we had!
Sean: My most memorable moments were the opening and closing, but also the time spent after a day of the ECD finished. While preparing for the next day we would usually have a beer together and enjoy the time! From karaoke to watching Friends, this is where we truly bonded. 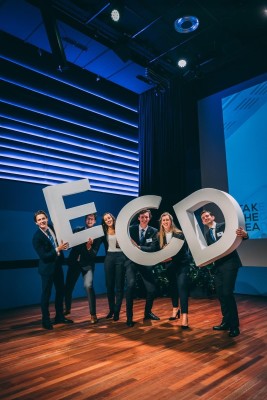 A big thanks to Koen and Sean for giving us more insights into the ECD and thanks to the entire ECD committee for organizing a successful event! Applications to join the ECD committee 2020 open in January!