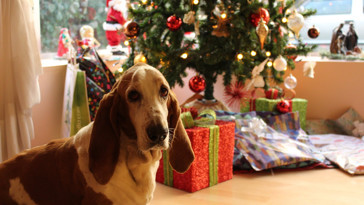 Christmas is approaching fast and if you are a last minute gift shopper, chances are you’ve experienced the Christmas shopping madness. What was once a purely religious celebration commemorating the birth of Jesus Christ has now been taken over by consumerism. The idea that we all have is that Christmas boosts the economy, but is this actually the truth or is it just a myth? In this article we are trying to look at both sides of the coin to find out if Christmas is indeed beneficial to our economy or not.
Good side
A phenomenon that we have all probably noticed is the increasingly earlier Christmas spirit in stores as the holiday shopping season indeed starts earlier and earlier each year. Hearing “All I want for Christmas is you’’ in AH in the beginning of October has become the norm by now. One of the most important sales tactics is to create Christmas spirit as early as possible in order to generate as much sales as possible since having a three or four month selling season will bring more revenue. A lot of sentiments are attached to Christmas gift giving; parents, for example, feel guilty if they do not spoil their children at Christmas, making them overspend on Christmas gifts and boosting the toys sales. Christmas therefore, without any surprises, is a goldmine for retailers as spending increases in pretty much every industry. A fifth of all retail sales occurs in the year’s last two months.
Credit repair firms love Christmas as credit card debt soars during the Christmas holidays. What makes it extremely lucrative for credit card companies is that the credit must be paid off during the rest of the year at a very high interest rate. A normal 17% interest rate will for example accumulate 170 euros of interest for every 1000 euros borrowed. Borrowing money for the sole purpose of Christmas gift giving is known as: "Holiday hangover" . Using credit cards also often leads to impulse spending, overspending, and increased debt.
Bad side
The flip side of the Christmas coin, however, is not as jolly as one would want it to be. As we all know, it’s not easy to find the perfect gift. Many of us pour some serious thinking into a gift that has a real chance of either being sold or just thrown away. Although what we really care about gift-exchanging is the thoughtfulness and effort of our loved ones, this process is much more flawed from an economic standpoint. Economist Joel Waldfogel argues that Christmas spending results in a clear deadweight loss. Such deadweight loss is the difference between how much the receiver values the gift and the value paid by the giver. In a 2016 European survey, 15% of the respondents were unhappy with their gifts. Even sadder, 10% couldn’t remember what gift they had received. Furthermore, 25% said they had re-gifted their presents, 10% tried returning them to the store, and 5% returned them to the giver herself. The conclusion is clear: if you value your economy as much as your loved ones, gift them cash money.
Another point of criticism is the consumerist exploitation of the Christmas spirit by retail companies. An example is the phenomenon called “Christmas Creep.” This refers to merchandise and retail companies intentionally introducing Christmas-themed shopping well before the traditional start of the holiday shopping season. With all the consumerism that comes with Christmas, there are also global movements against it such as “Buy Nothing Christmas.”
What we can conclude from these findings is that Christmas is neither black nor white. Christmas indeed increases spending and boosts the sales in practically every sector but these benefits are at the expense of Christmas spirit which is exploited by retailers and at the expense of efficiency since gift-buying creates a deadweight loss. But all these downsides aside, Christmas is all about spending time with your loved ones. Whether you are celebrating Christmas or not, the holidays are a great opportunity to go back to your roots and to spend some cherished time with the people who have always loved and supported you. Enjoy your Christmas holiday everyone!