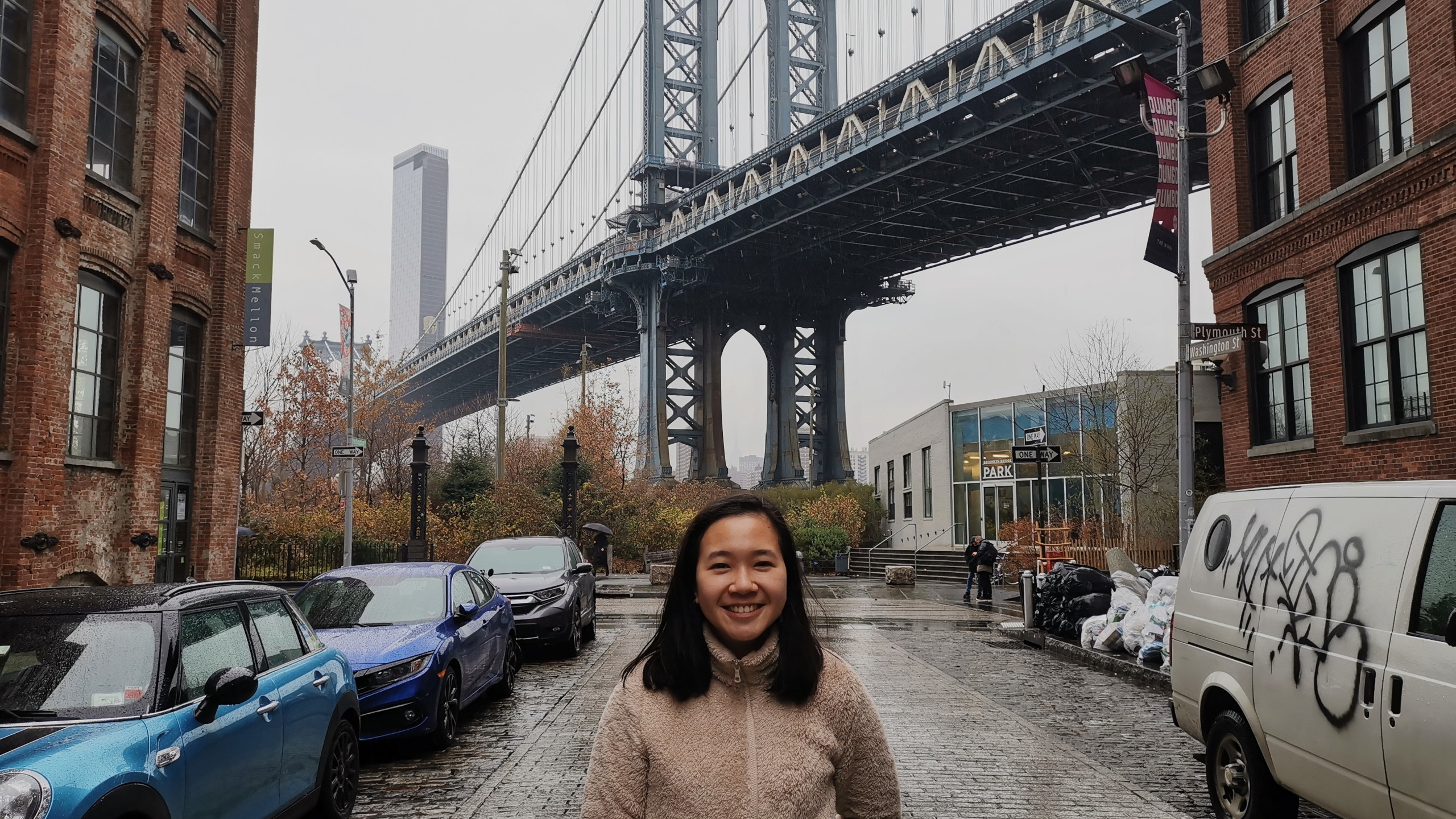 Hey y’all!
Who does not know Michael Jordan? I’m pretty sure that you would know who he is. However, one thing that you might not know is that he was from University of North Carolina! This is one of the many reasons that makes Tar Heels (which is how they call UNC students) proud of their college. In fact, basketball is so big here in UNC that there is even a basketball museum on campus!
But if you’re not into basketball, fret not. UNC has waaay more to offer. From the college rivalry between UNC and Duke to those fraternity and sorority houses you see in movies, I’m gonna tell you more about my exchange experience here in Chapel Hill, North Carolina. 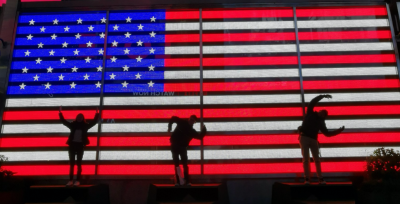 School pride in front of the American flag billboard at Times Square, New York
1. Sports culture
The sports culture is huge here. On game days, the town of Chapel Hill is painted with the Carolina Blue, a shade of blue that is UNC’s college color. Some students would even paint their whole bodies in Carolina blue to support the athletes. American football games are always huge and although I still do not get the rules fully, being there in the stadium is already an exhilarating experience in itself. 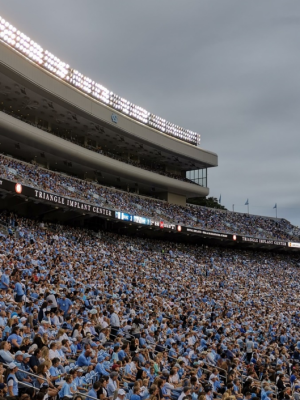 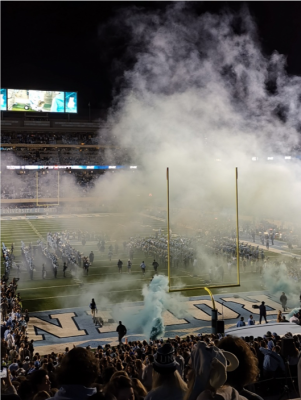 Fireworks to welcome the Tar Heel football team
UNC also has a solid basketball team and basketball has been a major sport that UNC is proud of. The Tar Heels basketball team has won 6 national championships and 113 players drafted into the NBA. The press is always present at all games and there are rows of professional photographers in the stadium to document them. 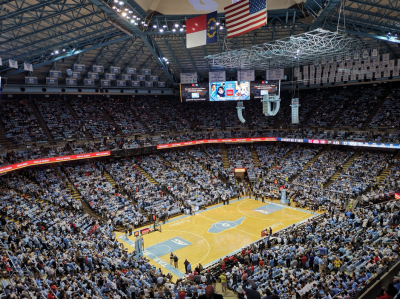 2. Parties
House party is the way to go here in the US. A lot of parties are hosted by student clubs and fraternities (sororities don’t house parties), or sometimes students just open up their houses for parties. It’s gonna be harder for you to get into certain bars and buy drinks if you’re under 21 but otherwise, Chapel Hill does have several nice bars. The Chapel Hill staple is called He’s Not Here which serves drinks in the iconic 32oz (almost 1 liter) Carolina blue cup while my favorite is Baxter’s barcade which is a bar filled with vintage arcade games. 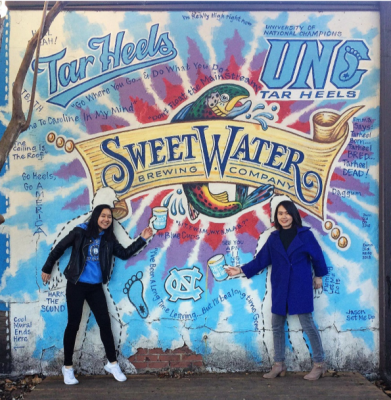 He’s Not Here also houses several UNC themed mural including this one in the picture
3. UNC has everything
There is literally everything on campus. Pharmacy, post office, art museum, concert hall, climbing walls (my favorite), flying fox and even a planetarium! Our Morehead Planetarium is where Neil Armstrong and Buzz Aldrin trained for their first mission on the moon!
UNC also offers several outdoor trips over the year which range from camping trips to sunset kayaking and SUP-ing trips. I joined the climbing trip and that was definitely one of the highlights of my exchange. 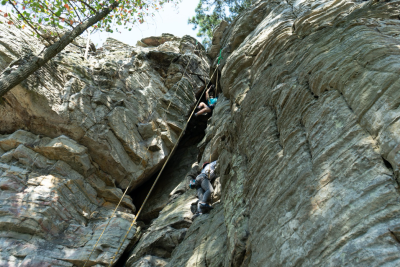 Photo credit goes to Carolina Adventures
4. The rivalry
Rivalry between colleges is common in America. For UNC, it is against Duke (or Dook, as we like to call it). Even for one of our college chants called Hark The Sound, students would change the line to “go to hell Duke” and shout that line loud and proud after every game, even if it’s not a game against Duke.
5. Classes
Another great thing about UNC is that it offers a plethora of courses. And since you can take 12 ECTS worth of courses outside the field of Economics/Econometrics, that leaves you some space to explore subjects you’re interested in. From politics to astronomy, to the more sciencey stuff like medicine, UNC has them. In fact, it is one of the best medical schools in the country!
The teaching style in American colleges mimics closer to that in high school. Most of my professors know their students both by our names and faces and there are continuous assessments throughout the semester. Thus, most of the final exams or projects only weigh about 30%. That being said, classes are more interactive. I’ve had classes in the campus’ arboretum and in several classes, we even got to eat pizza (American staple!).
And it goes without saying that the campus is huge and is simply pretty, especially with the Carolina sunset in the background. 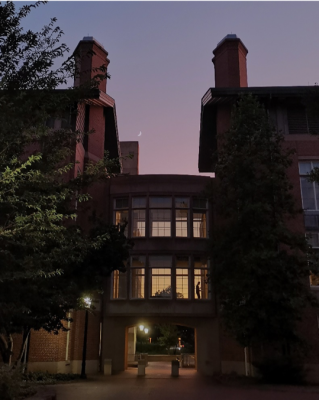 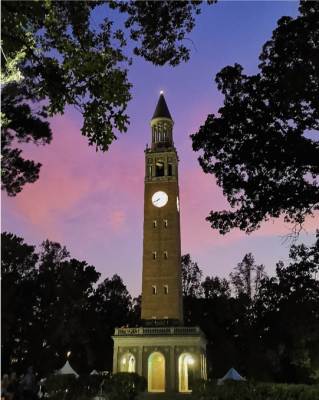 The Bell Tower, which will be lighted blue when we win a game The walkway from my dorm to Davis library 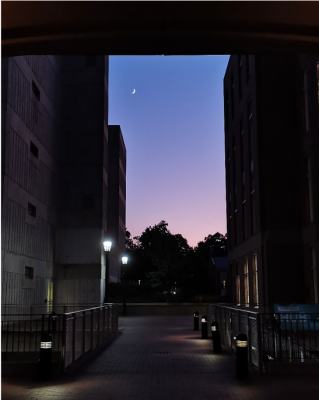 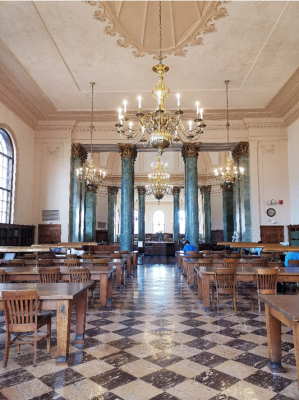 Wilson library, one of the 12 libraries on campus 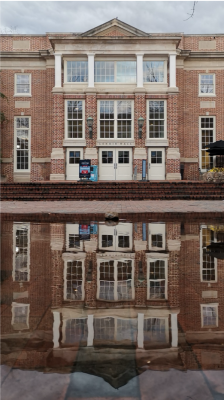 Lenoir dining hall, where we get to gather with friends for meals. Especially important if you live on campus.
6. Travels
Traveling around in the US is a little bit harder especially since public transportation is not common, except in larger cities like New York. Even in Los Angeles, public transport is a rare sight. Moreover, all classes are mandatory and some even have quite significant participation grades. However, that does not mean that traveling around is not possible! During my exchange, I’ve been to Washington DC, New York, Las Vegas and Los Angeles. Let the photos speak for themselves. 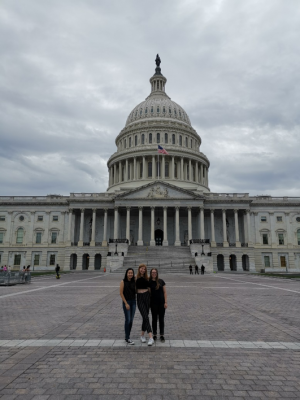 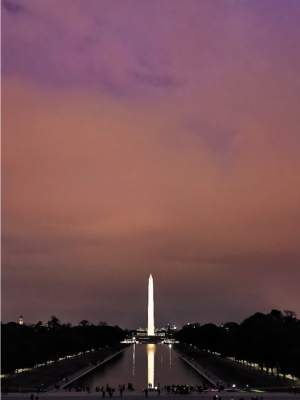 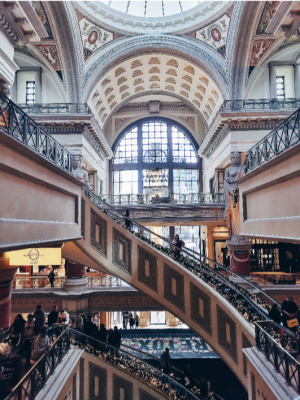 One of the resorts at Vegas 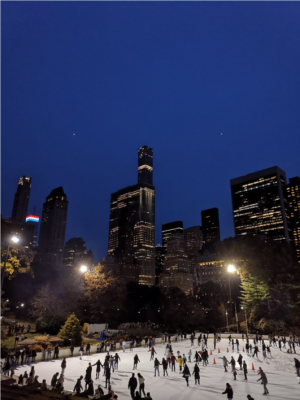 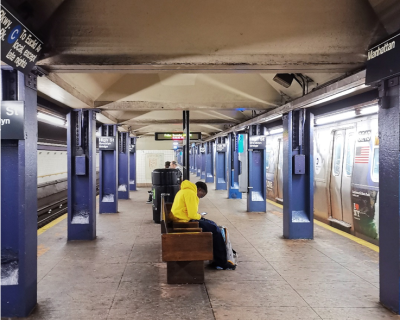 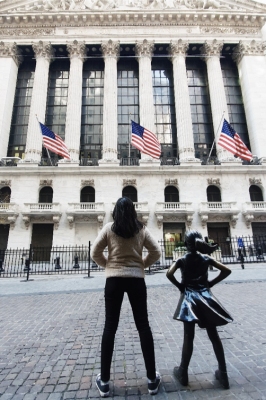 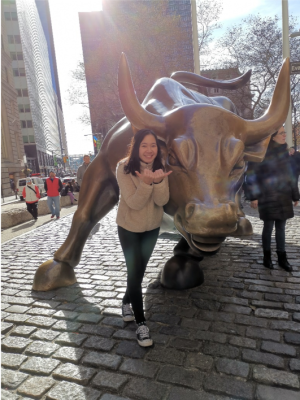 Me with The Charging Bull​​​​​​​
This semester at UNC is definitely a semester that I treasure. To me, this exchange goes beyond being able to travel on almost every weekend (which of course, is always nice), but it’s also about feeling a sense of belonging to a university that you attend even if just for a semester. Like what they say, once a Tar Heel, always a Tar Heel.​​​​​​​