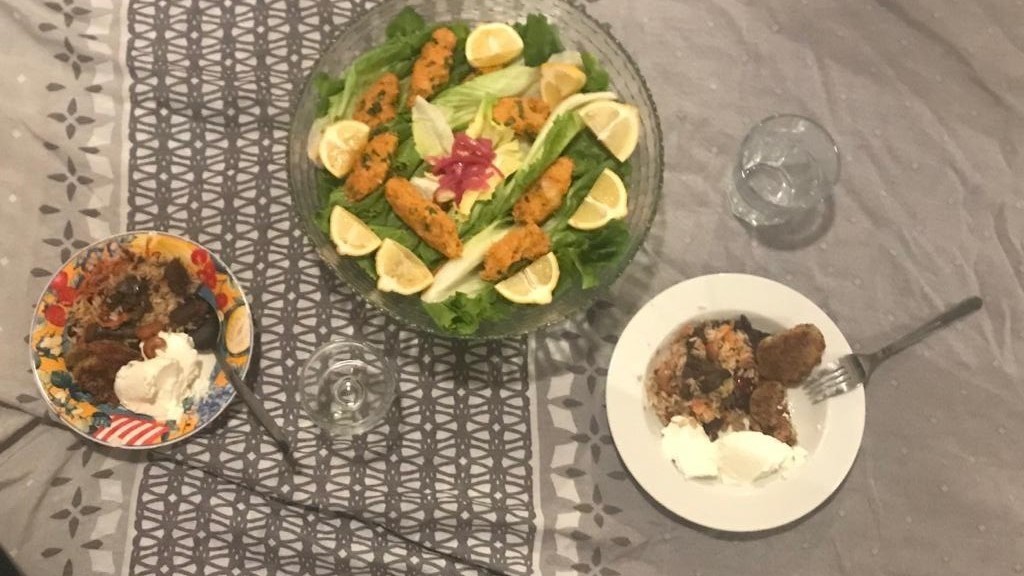 In this episode of EstimATEor, we talk to Cem, a second-year double bachelor student from Turkey.

Did you visit the Netherlands before moving here?

Yes. My family and I did a European tour. We visited Munich, Copenhagen - where my aunt lives - and the Netherlands. While there, we also visited the universities, and among those, I thought Erasmus had the best campus.

How was it the first time you visited here?

It was very rainy, so we couldn't see Rotterdam. We only came to the campus, it seemed compact, so I liked it.

How was the overall process of moving to a new country?

Universities are a seperate hub for students in Turkey. Meanwhile, in Rotterdam, there is no clear distinction between the campus and the city itself. Therefore, I couldn't get the university feel I was hoping for. Over here, you go to your classes and get out, which resembles more of a Master’s in Turkey. The most concrete example: you can make a joke to your professor, which you can't do here.

Talking about econometrics: why did you choose this program in particular?

I chose this program because academicians in various fields advised me to go for a social science degree with some mathematics. That is why I am here.

The market in Delfshaven. It's a small Turkey. It is just like a bazaar. In Turkey going to an open market is a central theme of everyday life, so it's nice to have it here.

Surinaamse saoto soup. Surinamese food is very nice. Since Indian, Chinese, and Indonesian people migrated there, and with the already existing culture, they created a great fusion cuisine. I like the spice profiles a lot, but sometimes in some places, i find the meals too sugary.

What is the theme of tonight’s course?

I want to talk about “Altın Günü”, which means Gold Day in Turkish. The day starts around noon, and everyone brings a piece of gold and gives it to the person who organizes the day. A few weeks later, the day repeats itself, this time at someone else's house. Every person who participates needs to host the event once. The people get to buy the things they need, such as a couch and work for the money after. It is a unique way of supporting members of a neighbourhood community as well as a nice social occasion. Or you can think of it as a small scale investment banking.

How does it relate to what we are eating now?

The food we are eating is typical of Altın Günü. Mercimek köftesi, pilaf and mücver. Also you need to have some pastries and delicacies which we are not having.

The rice dish looks quite inviting. Can you tell us more about it?

This is pilaf, I think it’s called pilaf in English as well. In fact, we use the same word in Turkish to refer to rice. However, it's actually the name of a food that involves rice with other ingredients too. It resembles an Uzbek pilaf, which you might guess is from Uzbekistan. It is a filling food. When Turkish people are having guests, rice is a good option because of this. I also made Mücver, which is made by frying a mix of flour and grated courgette. If I am not mistaken there is a similar version of this in French cuisine too.

What do you do in your free time here?

I like playing my guitar, sometimes even composing. I also play on the streets sometimes. I play in front of the Kruidvats in Blaak. Even though I do it for fun, the money is nice too. That area can get quite crowded which is nice. I sing in English and Turkish. Sometimes, some Turks can come and ask me to sing in Turkish. Then I sing in Turkish, and no one gives money, so I switch back to English.

Thank you Cem for sharing your food and your culture. We really enjoyed it! 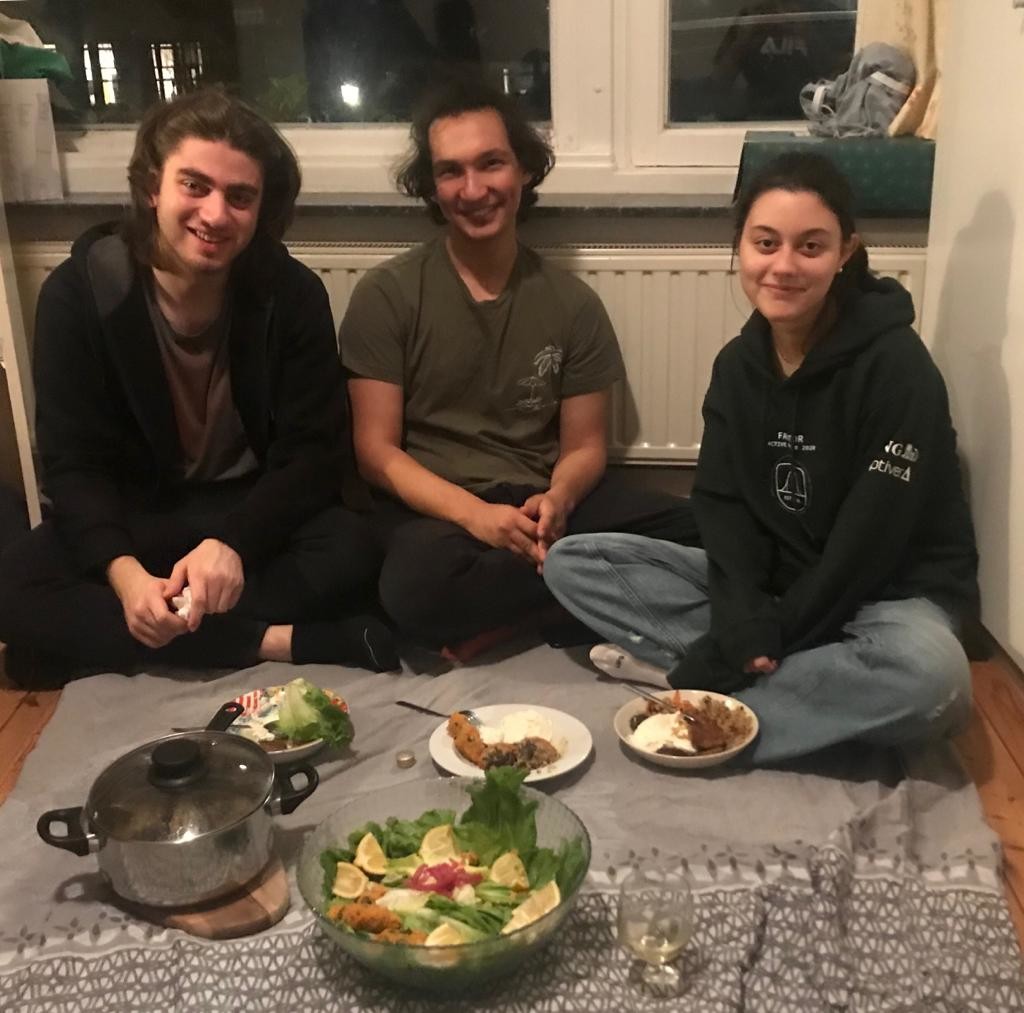