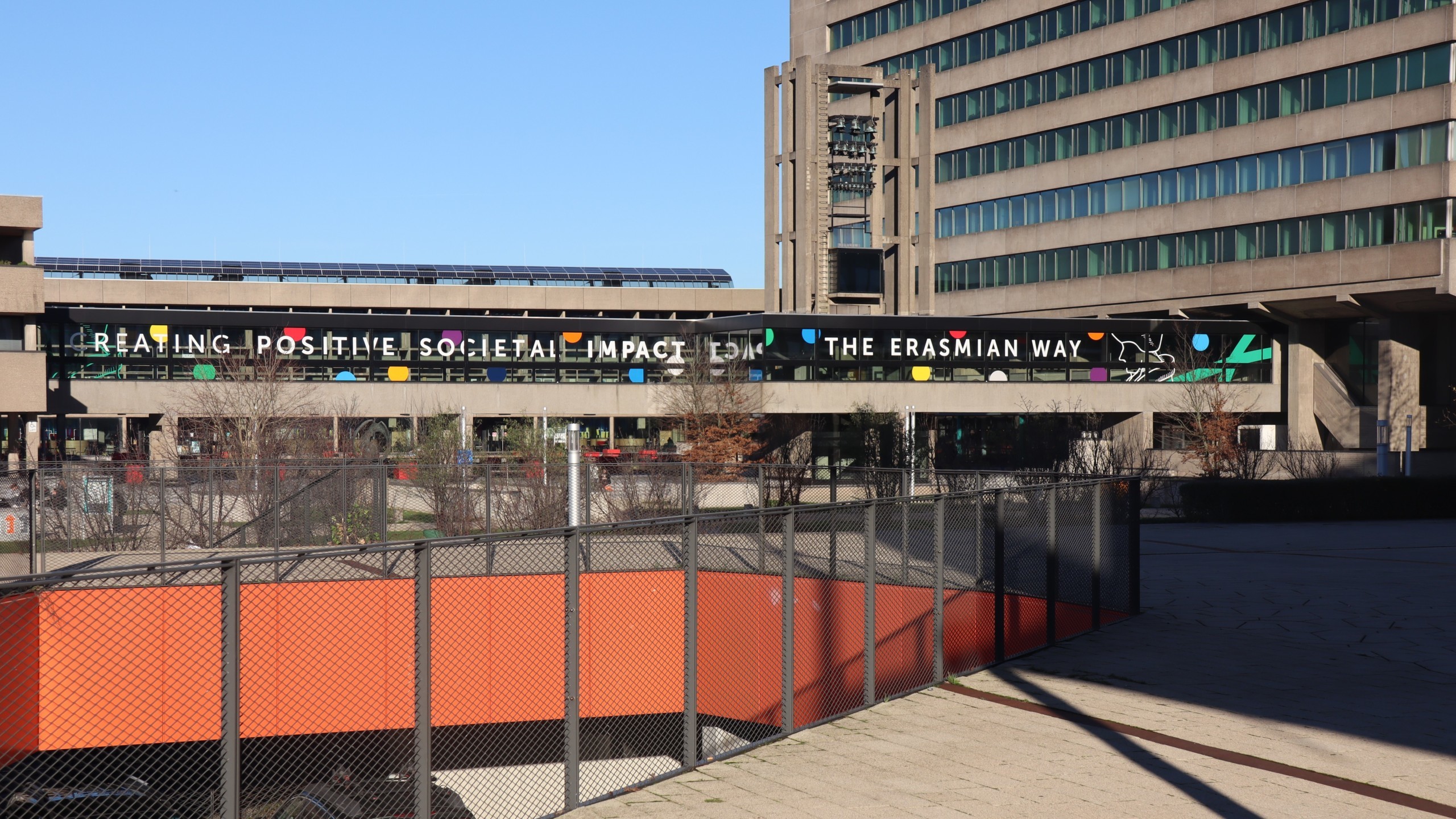 Starting university is always a very exciting time. New school, new city, making new friends… but bring corona into this and the whole thing collapses into an unstructured mess. Besides a whole new way of learning, there is now a whole new online system to try and work with. Is there even enough support for our students who are starting their education? And what could Erasmus improve on? We asked some of our fellow students both in and outside of The Netherlands what they think.

It seems that most of our partially offline students are keeping their heads high, with a vast majority saying that they find the on-campus days useful. Understandable, as those days give us our much needed social interaction after spending hours behind a computer. Our survey also indicated that students want more of these days, but can understand the limitations the university is facing with infection rates as high as they are today. Besides frequency, it was also indicated that on-campus days really only have one physical lecture with the second being online. These online lectures are then followed individually on laptops in an empty classroom. Sticking to the 1.5 m distance is hard to do and actually focusing on the lecture at hand proves even more difficult. By the time block two started, only a little over half of the students still followed these lectures on campus.

For those following their courses from abroad, we found out that most students do still look forward to the online lectures. Why? One student says, “Well, firstly since we have to, but also because we cherish the disconnect from the gloomy vibes due to the pandemic and we get to socialize with our peers during the breaks. Agreeably, there’s always a limit to this enjoyment since the lectures could either be pre-recorded or held live at an odd time due to the time zone differences.”

On the other hand, these online systems could definitely use some improvement. Many indicated that the numerous different platforms on which lectures and homework are given tend to be very overwhelming. Especially new students often have a hard time keeping up with everything. One student mentioned: “I’ve noticed that the millions of notifications and announcements, often three at a time for the same message, significantly add to my stress levels.” Another big issue is the difficulty in asking questions and getting feedback. Especially in a field like econometrics where a lot of our classes are exercise based, it can be really difficult to check your answers and see where you went wrong. Discussion boards often stay unanswered and tutorials usually only cover a small amount of the homework, for the other exercises it is then nearly impossible to have your notation checked. On top of that, the team exercises only get corrected a week later when you’ve already forgotten all about them. This is why some partially offline students would rather have their tutorials on campus, to try and make those more efficient.

“I’ve noticed that the millions of notifications and announcements, often three at a time for the same message, significantly add to my stress levels.”

However, there is also a large number of students who are not able to participate in these offline tutorials. For these students, the current online education does not help facilitate social interaction. Thus, many students have suggested mixing up the tutorial groups once in a while and using another platform to hold quizzes on the most interesting parts of the lectures. Even small alterations to the online program could already make a big difference.

As mentioned above, there are various problems that come with online education, yet the biggest struggle for students nowadays remains the fact that they are very isolated from each other. Keeping in contact with fellow students when you either don’t see them or only once every two weeks, is difficult. With this lack of social interaction it also is harder to ask for help if you are stuck on a problem. Guidance TA Henk-Jan Harbers also commented on this, saying “Not seeing my fellow students is the hardest part for sure. Studying Econometrics is not only learning algorithms and difficult mathematical formulas, but also just having a lot of fun with fellow students. Not being able to see them face-to-face, or having a study session in the library with a friend is something that I have actually found to miss a lot more than expected.” Many also said that they struggle with keeping their focus during the lectures and finding the motivation to do all the work. Not seeing fellow students also means less pressure to keep up, making it easy to fall behind.

In general, ESE is not doing too bad, but there is definitely room for improvement. More interactive lectures, a streamlined platform, more productive use of offline days - our fellow students were very critical and gave us some useful suggestions. Now we can only hope for our university to take these into account and work with them.

If you are looking for more social contact with other students, then don't forget to check out FAECTOR's upcoming events for freshmen.