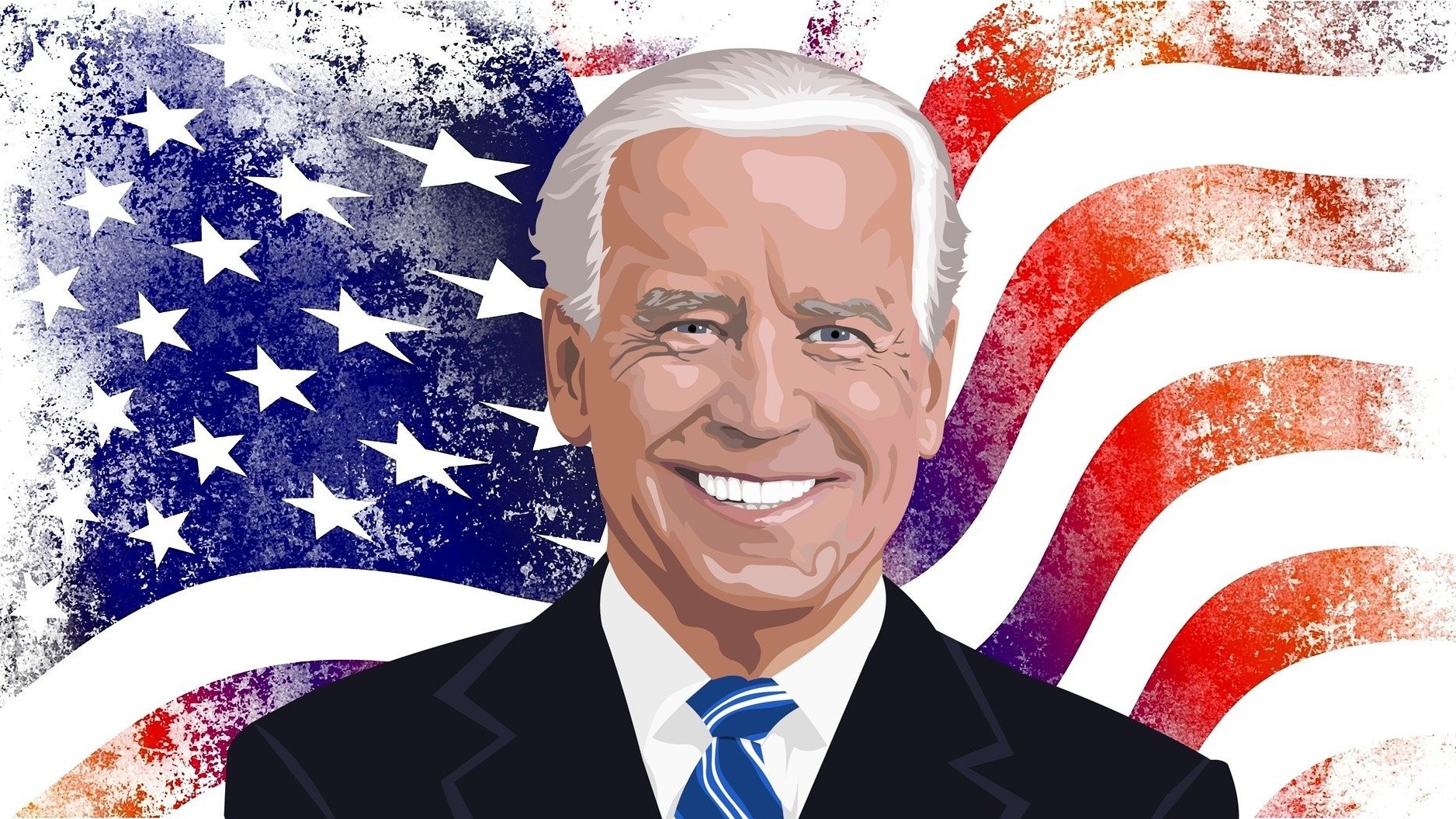 When America votes, the world pays attention. On the 20th of January, Joseph Robinette Biden was inaugurated as the 46th President of the US. After a long and tedious vote counting which seemed to last an eternity, Biden was finally announced as the true and absolute winner of the 2020 American elections, both by popular vote and the electoral college. For those who are unaware, the electoral college is an esoteric hallmark of the American democratic system.

Let us briefly simplify this labyrinthine and deeply polarising system by highlighting its most important aspects. To reach a compromise between a popular vote by citizens and a vote by the states, America’s Founding Fathers came up with the idea of using electors. Citizens vote in electors, and each state gets a certain number of electors. The electors then vote for the presidential candidates. A candidate needs the vote of at least 270 electors—more than half of all electors—to win the presidential election. Due to the vast majority of states employing the winner-takes-all system, parties can win states even if they win by a very small margin and this makes it appear as if the smaller, mainly Republican states have proportionately greater decisive power. This would appear to violate the principle of ‘one man, one vote’ where each person’s vote is worth an equal value.

The inauguration of Joe Biden, pictured alongside his wife, Jill Biden

While the implementation of electoral college may come across as arcane to some, it has allowed many candidates on the borderline to clinch a decisive victory, the most notable recent example being former President Trump himself, who lost the popular vote to Hillary Clinton by just under 3 million votes but seized 77 more electoral votes. Before this, it was President Bush in 2000 who won against then-Vice President Al Gore. Back then, the ultimate decision was made by a lawsuit at the US Supreme Court, a possibility that was hotly debated in this election as well but ultimately turned out to be unnecessary. Interestingly, 5 out of the 6 victories in history by the electoral college have been in favour of Republican nominees (granted, midway through the 1900s, we saw the infamous switcheroo of the Democratic and Republican parties where both parties exchanged ideologies).

At 78 years of age, Biden is the oldest president to be sworn into service. With a long and storied career in politics, he is in some ways an antithesis to outgoing Trump. Given his deep ties with President Obama, it remains to be seen if his presidency will be an Obama 2.0 or if he will employ his own unique approach. Perhaps surprisingly, Biden received more votes than Obama in 2008. This might have stemmed from increased enthusiasm for voting this year, not necessarily directed towards Biden, but rather due to antagonism against Trump. The voter demographic makeup has significantly changed over the last 12 years, and a lot more younger people voted in this election than the previous ones. With the Democratic party’s fixation on voter demographics, a concerning point is the number of votes lost from the Latino community, a traditionally Democrat stronghold. Such demographic changes have occurred despite BLM protests eroding faith in the Republican party and the prominent endorsements for Biden from leaders like Obama.

Biden, however, has an interesting past of his own. Born in times of economic decline, he had an unaffluent upbringing in Pennsylvania. Almost failing out of law school for plagiarism, he began practicing at a Democrat law firm due to his dislike for Republican president Richard Nixon. Terrible tragedy would befall him early in his career as a senator, as his wife and one year old daughter passed away in a road accident. Of his two sons who survived the accident, his older son Beau Biden passed away from brain cancer a few years ago.

It is interesting to note that this was not Biden’s first attempt at running for the top post. As early as 1987, he formally ran for US Presidency, but was again accused of plagiarising speeches from other politicians and falsifying facts about his upbringing and his involvement in the Civil Rights Movement, which led him to withdraw his candidacy. He has had his fair share of ups and downs in his career as a senator, and not all of his views have remained consistent over the years. Most prominently, he was anti-abortion in the 70s, and he also advocated for closer ties with Russia under Putin’s reign, both positions he has since rescinded. Not free of controversy in his personal life either, he has been accused of multiple instances of sexual assault by different women, which he claims are misunderstandings stemming from his “tactile nature”.

Since taking office, he has made swift changes on some hotly contested issues such as ending construction on Trump’s border wall, rejoining the Paris Agreement and ending the travel ban for Muslim countries. Furthermore, he has emphasised on positively highlighting America’s ethnic and racial diversity.

Much to the chagrin of our Dutch readers, while he supports the decriminalisation of cannabis use, he still does not support its legalisation for recreational use. He is also not fond of making university education free, only supporting financial aid for students who family income is below a certain threshold, unlike a certain politician below.

There remains hope that the deep state of disrepair in the country with regards to mainly Covid-19 can be overturned by Biden, with Biden not showing any intentions on easing travel restrictions to Europe anytime soon. There will be a focus on getting the pandemic under control with more stringent measures, and a prioritisation of science, as Biden’s Transition Advisors will consist of a team of scientists and experts. Biden’s coronavirus relief plan aims to solve racial inequality in treatment access and vaccines. It takes a grassroots approach at preventing the spread of corona by focusing on increasing equity through tackling issues such as child poverty. Whilst it sounds great on paper, a long-term plan to address social inequalities may be outpaced by the rapid spread of the virus and requires a significant increase in funding for social services, which have lately been reeling under enormous pressure.

The Affordable Care Act, commonly known as Obamacare will see renewed positive spotlight. Biden also plans on creating a public health insurance agency which will provide competitive services with private health insurers. He also plans to cap income spent on insurance at 8.5% to increase affordability, simultaneously negotiating lower prices with drug manufacturers and preventing exorbitant price increases as seen in the case of Daraprim, whose price increased from $13.50 per tablet to $750 overnight. Whilst this may sound natural to those of us in Europe, a public health insurance organisation will be extremely hard to implement in America, where private health insurers have powerful lobbyists and are strongly backed by the Republican party.

Whilst conventionalists may decry America’s dwindling power overseas, it is undeniable that American interference abroad has diminished significantly under Trump’s reign, a move that is welcome by the countries themselves. With Biden, we are likely to see an expansion in the American military complex again. Initially an opposer of American involvement in Iraq, he later voted for the US invasion of Iraq. He was also strongly supportive of the war in Afghanistan.

Under Trump’s rule, America’s global reputation certainly hadn’t been at its best. While Trump was notoriously known for wreaking havoc on the American ideals of diplomacy, Biden has pledged to elevate and restore diplomacy as a crucial element of foreign policy. In order to redeem its credibility, efforts will be directed towards working with allies and partners to ensure collective action on impending global threats and issues. Biden has also made it clear that he will end their support for the Saudi-led war on Yemen and of withdrawing troops from Afghanistan. Furthermore, Biden has expressed his strong support of NATO and also made it clear that it is essential in opposing Russian aggression and ensuring accountability for its violations of international laws. We also expect to see attempts of the restoration of the Iran nuclear deal that had originally been negotiated under the Obama-Biden administration. This will be accompanied by a collaborative effort with China to strive for a denuclearized North Korea.

International Trade and the Economy

With respect to international trade, we’re likely to witness more openness towards free-trade. Perhaps encounter possibilities of new trade deals, such as a new Trans-Atlantic deal. It also seems very likely that the US will be rejoining the Trans Pacific Partnership (TPP), all of which will serve to restore the rocky relationships that have developed under the rule of Trump.

Now comes the paramount question of how Biden is going to tackle China. While it’s unlikely that the policies Trump has set in place will be reversed, he will likely take a different approach to keeping China’s dominance restrained. For instance, a more collaborative approach in which a united front is built with its allies to unanimously challenge China’s violations of international law and human rights.

"Record low temperatures and massive amounts of snow. Where the hell is GLOBAL WARMING?” tweeted Donald J. Trump in February 2015. It should by now come as no surprise that during his four years of presidency, Trump has merely hurled back its nation’s crucial environmentalist stance tremendously amidst those adopted by major world leaders in the recent era. To further illustrate, reflect on his withdrawal of the Paris Agreement, continued support for the oil and gas industry, and opening of the Arctic National Wildlife Refuge to drilling and hundreds more (159 actions to be precise). This regrettably makes even the smallest of environmental measures taken by Biden seem as extraordinary feats in comparison to Trump’s atrocious environmental setbacks. In retrospect to the almost obsolete climate change plans and measures taken on by the Trump Administration, Biden sets in motion a new wave of hope by promising a cleaner and more climate conscious America.

To dive right in, let’s run through the most noteworthy “Clean Energy Revolution'' plan laid out by Biden. Upon his inauguration, Biden has pledged to immediately rejoin the Paris Agreement which  falls in line with his pledge to achieve net zero emissions by 2050. Leaders from around the world are talking together online in a summit about climate change organised by the Netherlands - this is the first time in 4 years that the USA is participating. Furthermore, Biden also claims to integrate climate change measures into US foreign policy and trade agreements and demand a worldwide ban on fossil-fuel subsidies and hold other countries accountable for violations of their climate commitments by publishing a Global Climate Change Report. The attractiveness of his plans to the common American citizen is rooted in his pledge to create 1 million new jobs in construction and engineering and hundreds of thousands of other jobs through building new modern sustainable infrastructure that is able to provide future clean energy.  On the other hand, Biden also has controversial outlooks that are crucial to point out. For instance, Biden has made it clear that he will not ban fracking which ultimately has devastating effects to the environment. In addition to that Biden’s environmental policies are deeply rooted within the principles of yet unproven technologies like carbon capture utilization and storage.

Whilst Trump’s departure from the presidential post may be considered a triumph by many, on the comedic front, there is little hope that Joe Biden will continue the legacy of brazenly churning out self-destructive and contradicting comments, and yet coming out unscathed (not that it should ever be held as a precedent for a president). After all, quality humour such as this stands little hope of ever being usurped:

The monumental expansion of meme culture in politics may have its momentum derailed, which will parallel the more conventional and restrained approach we expect to see from President Biden. Despite what may happen, covfefe.