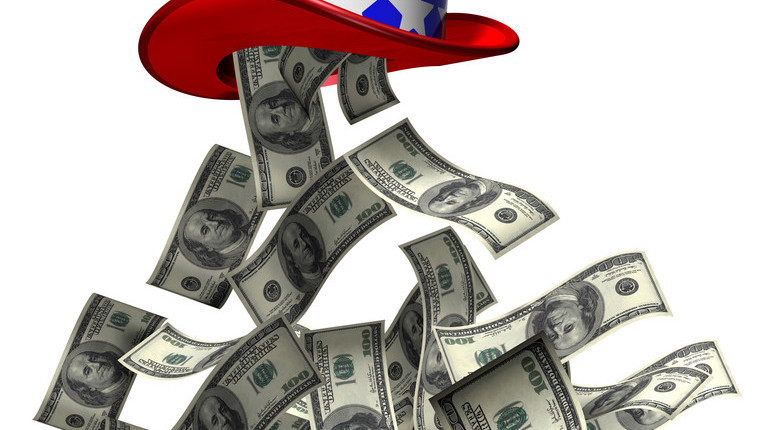 It was a bright cold day in March, and the clocks were striking thirteen. French President Emmanuel Macron announced that "no business, whatever its size, will face the risk of bankruptcy." Germany provided unlimited cash supplies to businesses hit by the pandemic. The most significant support, however, was in the United States. In the US, the Trump administration enacted a $2.2 trillion economic stimulus, also known as the CARES Act. In total, it is estimated that countries have provided around 2% of global GDP to help their economies.The IMF noted the "unprecedented policy actions undertaken by central banks and governments worldwide." The Dutch government has also offered provisional tax revision for businesses faced with lower profits and pledged to cover 85% of the income of small businesses. Incumbent Dutch Prime Minister Mark Rutte's re-election may not have changed the status quo in the Netherlands, but for America, it's a completely different story.

Have these record injections brought the desirable outcomes? The US, the largest economy in the world, with a GDP of 21.5 trillion suffers, according to rough estimates, losses as high as $1T per month; enough money to buy 769230769230 bitterballen. The losses stem from closed restaurants and entertainment facilities. As such, businesses started to rescind contracts and reduce the number of employees. Most of the low and medium skilled workers became unemployed in a matter of weeks. Therefore, their families were faced with the risk of defaulting on obligations (mortgages, rents, etc.). By May 2020, the U.S. Department of Labor recognised around 20.5 million of the US population as officially unemployed - larger than the entire Dutch population. To prevent default collapse, the emergency stimulus package was adopted by Congress. Much of the stimulus package included one-time cheques worth up to $1,200 for a single person with an additional $500 for each child, as well as $600 per week for unemployed citizens. This provision was for people to nourish their families, pay rents and other obligations, and afford to comply with Covid-19 restrictions. Although some part of the population was happy to receive a cheque far exceeding their income, others felt "insulted" by the size of the benefit. 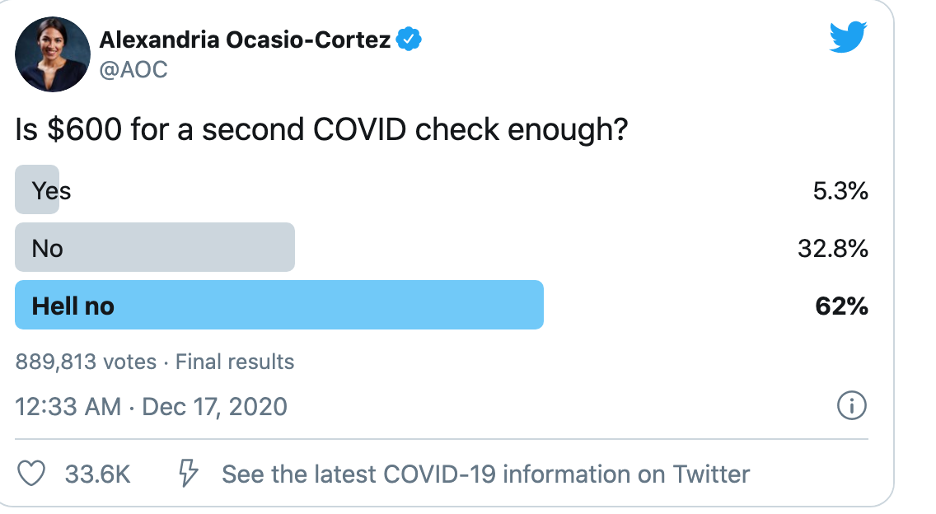 An integral goal of the bill was to rewind the plunging economy. This initiative, however, has not proved to be effective.The line graph below shows that the pandemic brought unprecedented household spending fluctuations. Surpassing Black Friday (1981-82), DotCom Bubble (2001), and the Great Recession (2008) combined. What effect did the free money distribution have so far? A study by scientists from Chicago University suggests that Americans did not spend aid as it had been hoped. The researchers found that spending accounted for just 42% of the cheque on average.

While 30% of recipients spent the whole stimulus cheque, 40% did not even use any of the funds. The nature of the crisis can explain such an unexpected outcome. As it was just the beginning of the pandemic and there were no promises of vaccines anytime soon, people were not sure for how long they would have to stay at home. As a result, the average US household decided to save the benefits for the future. This is affirmed by Federal Budget research that the multiplier was about 0.6 during the pandemic, meaning that $1 of government spending makes up 60 cents of output. At the same time, some households that receive the extra payments might spend it on a PlayStation 5 or a new iPhone. Gamblers might use the money to buy odious stocks or Dogecoin. While that may bring some heating in the markets, that's not particularly harmful to the economy. The current situation probably will not lead to an overheated economy: an economy that is expanding at an unsustainable rate. This is ensured by the current low-interest rates that lead to low inflation. Hence, the current trend does not pose any upcoming risk of inflation.

Another concern is that if people can get a dignified living from the government, it might demotivate people to seek work. While the progressive Dutch government offers a gradually reducing wage coverage scheme for businesses and employees to adapt to changing circumstances, benefits in the US exceed the income of many households. Seven in ten unemployment insurance recipients get benefits more generous than their wages, studies suggest. While Republicans demanded any subsequent aid to be smaller and more targeted, Democrats were determined to increase expenditures. Republicans insisted that CARES disincentivises unemployed people, a statement with which Democrats disagree. Even though it is indeed attractive to enjoy Universal Income (UI) benefits and stop looking for employment, two factors make the trade-off equal: Health Care and Retirement Programs. Healthcare benefits entail a broad array of health services such as preventive services and expanded mental health and substance use treatment services, and it limits out-of-pocket costs. The Retirement Program on the other hand not only prevents a cloud of uncertainty about the future from arising, but also provides an opportunity to save on taxes. Thus, opportunity costs of UI cheques are potentially lifetime benefits.

Despite the fact that the disadvantages of support were not proven, under the Trump reign, Congress decreased the size of the second bill and made it significantly more modest than the first. Both chambers reached an agreement to release $900bn, halving both UI weekly payments and stimulus cheques. The new regime however is on a radically different path. Just last week, President Joe Biden signed the release of a $1.9tn stimulus package which is estimated to increase US GDP by 4%.

As the forefather of the CARES act Donald Trump stated, "Government intervention is not a government takeover. Its purpose is not to weaken the free market. It is to preserve the free market". The statement contrasts with the theory of Adolph Wagner, a 19th century German economist. Wagner suggested that governments may plan support only for a short while. However, these changes are almost impossible to undo. One example from modern US history is President Lyndon Johnson and his well-known "war on poverty." His famous acts for subsidising education in impoverished districts and food-purchasing assistance for low and middle-income people were set as standards and still are inviolable, regardless of frequent budget adjustments for social programs. Hence governors need to consider the period after the pandemic as well. Provided that Covid-19 will eventually come to an end, so will the benefits. In the short run, after the crisis is behind, it might bring a considerable drop in the average household's income.

With vaccines on the way, we can start to draw conclusions about the pandemic. It is expected that during the next few years, government debt will skyrocket as expenditures increase and tax revenues decrease. Nations will have to pay down all the debts they accumulated throughout the pandemic. As illustrated in the periods after the first and second World War, even though there exist many ways to lower the budget deficit, western administrations tend to turn to heavy taxation of incomes. Another probable solution is financial repression, a period when governments lend money at below-market rates. In that way, a government is able to acquire cheap funding for its expenditures hence decreasing the budget deficit. While we still do not know what measures governments will take, we know that we have years and possibly decades to pay for all bitterballens we are (not) getting today. “Meanwhile, the sun shone, having no alternative, on the nothing new.”