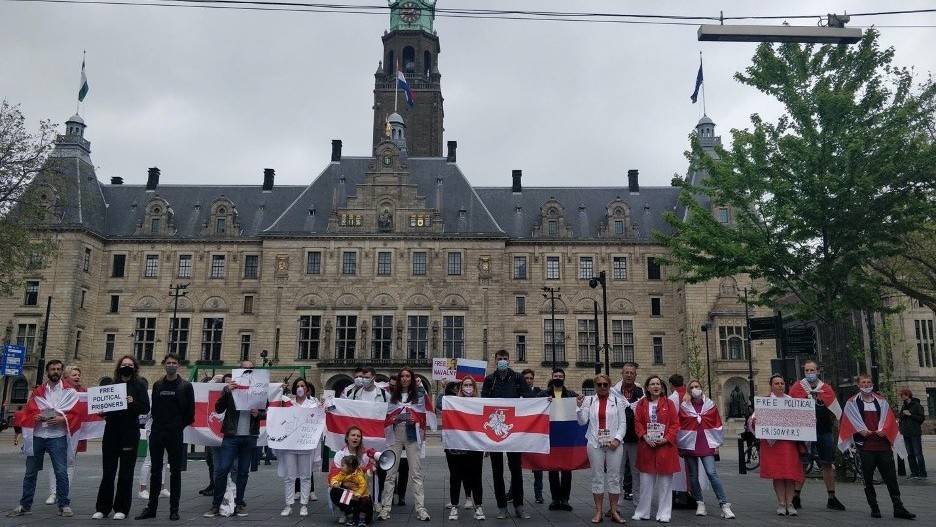 As the last citadel of dictatorship in Europe crumbles under significant pressure from both inside and outside, international entities look on in shock to one of the most daringly abrasive acts by a national government – ​​the forceful rerouting of a RyanAir plane to capture prominent anti-government journalist Roman Protasevich.

How did Belarus get to this point? Shrouded in espionage-esque secrecies and an authoritarian stronghold on media, let us uncover the mystifying state of affairs in this Eastern European country. This is a story of the death of freedom, that begins with a turbulent history.

Disclaimer: Please note that some of the views stated in our articles are those of the writers, and not necessarily those of FAECTOR.

A little kick of history

Formerly a member of the Soviet Union, Belarus gained independence in 1991 and for only the second time in its oppressive history, the Belarussians had their own state. Belarus's society faced the hardest option ever given: making decisions freely. Stanislav Shushkevich, who was one of the main architects of Belarusian independence, was overthrown by the protagonist of this article, incumbent Belarusian President Alexander Grigoryevich Lukashenko.

A prominent figure in politics since the early 80s, Alexander Lukashenko made a transition from deputy chairman of a collective farm to candidate for presidency in 1995. Ironically, Lukashenko's ascent to the Oval Office was characterized by the premise to provide opportunities for the young generations to create a prosperous future for their country. In an interview with The New York Times, he declared: "I am neither with the leftists nor the rightists. But with the people against those who rob and deceive them". Later that year, he was elected with an astounding 45%, marking the start of a 26 year long reign.

In the last 26 years, Belarus has witnessed significant changes. Under Lukashenko's reign, the GDP has more than doubled. Being the bottleneck for Russia to export its goods to Europe has yielded Belarus a lucrative opportunity of a transit country. Moreover, enormous loans from Russia with low-interest rates led to 7% annual growth from 2000 to 2009.

On the other hand, the economy is heavily regulated by the central government in good old Marxian fashion. Moreover, political opponents – seen as rarely as UFOs – are either jailed or exiled. Allegations of rigged elections have marred the Belarusian government for several years now, with many calling into question the legitimacy of Lukashenko's presidency, especially after the infamous elections of 2020 which spurred some of the largest anti-government protests this country has ever seen.

With a dismal ranking of 153rd on the World Press Freedom Index, the Belarusian government has notoriously suppressed free speech and jailed journalists and opposition politicians, including the outrageous kidnapping of prominent journalist Roman Protasevich. As a matter of fact, two primary opponents in last year's election - Viktar Babaryka and Sergei Tikhanovsky - have been held in jail. Such a deck of cards has guaranteed Lukashenko another five years in power. However, the opposition has been persistent in its refusal to surrender, and in a most unexpected fashion, Sergei Tikhanovsky's wife, Svetlana Tikhanovskaya, decided to run for presidency. That was officially the beginning of the end, or is there an end?

The 9th of August 2020 - the day when the greatest nightmare for Lukashenko became a reality. Seeking quick and easy elections as usual, Lukashenko allegedly falsified the voting results, awarding himself 80% of the votes. By thwarting alleged Russian advice to deflate the winning percentages to make the win realistic, he roused the anger of the whole nation with his blatant display of forced victory. What followed was several thousands of people gathering to protest, as according to Tikhanovskaya, she won with 60-70% of the votes. Remember kids, practice moderation. Extremeness aversion may not be a bad thing after all.

These were the largest protests in Belarusian history, ending in the mass skirmish between protestors and Special Purpose Police Detachment (SPPD). Armed with weapons, tear gas, and water cannons, SPPD officers showed no mercy towards the people.

SPPD face off against civilian protestors - Photo by AP

However, the attempt to suppress the dissent gave way to even larger protests which the SPPD eventually managed to contain with great force. The command from the top was crystal clear: Defend the President.

Meanwhile, Tikhanovskaya announced the formation of the Coordination Council, where all Belarusians that agreed on the unfairness of the election could apply for a seat. Soon after, the Coordination Council issued an ultimatum to Lukashenko to resign from the presidency, which he, of course, failed to comply with. Svetlana Tikhanovskaya was forced to leave the country by the 11th of August. It was speculated that direct threats to Tikhanovskaya and her children led her to make such a decision. With various intensities, protests continued throughout the whole of 2020.

The flag as main symbol

Interestingly, the main symbol during the protests was not the official flag of Belarus, but rather the flag adopted in 1918. It was the time of agitated rebellion when the people of Belarus rose to fight for their right to self-identify in 1918 with the striped white and red flag. Similarly, the main slogan opted for the protests, “Жыве Беларусь!”(Zhive Belarus) has also been adopted from the first wake of Belarusian independence. While the phrase literally means Long Live Belarus, the main signal is to awaken the unity of the nation to fight for its freedom.  Little did the founding fathers know that just about 75 years later, the flag would become marginalized and considered nothing but a source of shame due to its embarrassing association with the Nazis.

A protestor holding the old Belarusian flag - a symbol of the rebellion. Photo by Sputnik

The origins of the former flag, followed by the official flag of Belarus SSR while it was a part of the Soviet Union

While the striped red and white flag was temporarily adopted after the fall of the USSR in the early 90s, Lukashenko changed it back to a variation of the Soviet flag.

Roman Protasevich and the EU

One day after the official inauguration of Lukashenko's latest term, the EU published a statement rejecting the legitimacy of the current regime and condemning the acts of violence in Belarus. Thereafter, target sanctions were implemented against 40 government officials related to either vote rigging or violence against protestors. Moreover, the European Commission has decided to retract its €53 million Coronavirus relief package from Belarus.

Lacking any other political instruments, EU officials seemed to have given up if not for another blatant violation of international law by Lukashenko. On the 23rd of May 2021, a Ryanair flight from Athens to Vilnius made an emergency landing after a reported bomb plantation on board. This information about the bomb came from nowhere else but Belarus, where the plane eventually landed.

Coincidentally, the former editor of the most prominent Telegram page of Belarusian opposition media outlet NEXTA - Roman Protasevich - was one of the passengers. He was forcefully arrested and charged with 15 years behind bars. Such actions from the authorities led to colossal condemnation worldwide. Lukashenko farcically deflected the blame to Hamas (a Palestinian Sunni-Islamic fundamentalist militant, and nationalist organization), alleging that Hamas sent him a letter demanding concessions from Israel for the ongoing Israel-Palestinian conflict. In what was probably a very confused room of Hamas Central Command, the organization denied any association with the incident. In reaction to these illegitimate actions, the EU and European Union Aviation Safety Agency has prohibited access for Belarusian airlines to fly over EU airspace. Likewise, European airlines have also stopped flying over Belarusian airspace as a precautionary measure. As of now, the situation remains in limbo, with ordinary Belarusians having to pay the price.

Even though some may think that the problem is distant, we would like to highlight the contingent of people affected by it right here in the heart of Rotterdam.

Protests by Belarusians living in Rotterdam - photo by Angelina Yarmosh

This article is just a short overview of the reality in Belarus, and we highly recommend further research.