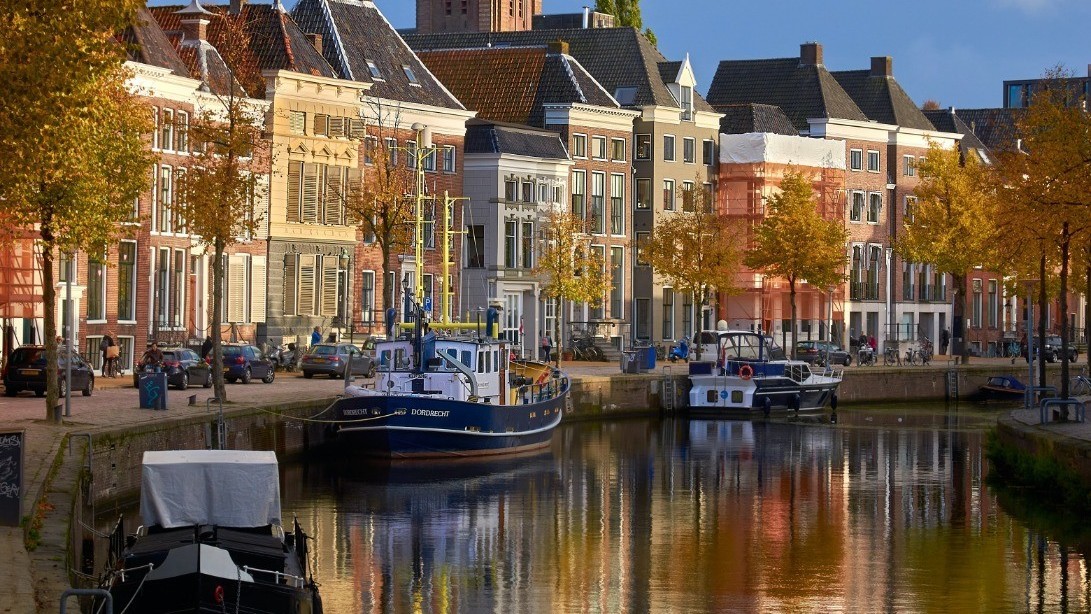 The Netherlands may be a small country, but it's definitely not lacking in tourist attractions. While places such as the Rijksmuseum, Kinderdijk, and Efteling are popular and heavily frequented by visitors, how many of you have heard of Giethoorn or Sint Pieter? If you want to avoid the tourist hustle and bustle of well-known spots and still capture the Dutch essence, read on to find out about great hidden spots in the Netherlands that you should definitely add to your travel list.

The Prinsenhof Museum is a quick tour of Dutch history, and if you want to impress your Dutch friends with random facts about their ancestors it is exactly the place for you. In here, you will see the greatness of William the Silent and his long-lasting friendship with the Duke of Alba. Besides, you can contemplate interesting trading patterns between European countries and Asia (P.S if you go there check out the Bengali section).

The next great spot on our list is an old Gothic church, dating back to the 13th century, that has been transformed into a highly acclaimed bookstore. Situated in the heart of Maastricht, this famous bookstore is considered to be among one of the most beautiful in the world. This bookstore is a must visit for all book lovers! It is three stories with its own cafe that serves (objectively speaking) great coffee. It houses 500,000 books, new and second-hand, ranging from numerous different languages. With its high decorated ceilings, donned with appealing lighting work, this bookstore is sure to provide an enjoyable book shopping experience.

One not so hidden, but really nice spot in The Netherlands is Giethoorn. And yes, I hear you thinking, “how original”, but I assure you, this village is really worth a visit! Giethoorn is indeed very touristic, but if you go there off-season (for example after August) you might even have the village all by yourself. Giethoorn is a small village, with about 2620 habitants, situated in the North-West of The Netherlands. This village is unique because of its waterways and boats which float onto it; called “punters”. Along the waterside, you see 18th century farmhouses hidden between the trees and hundreds of bridges. You can even pretend like you're in Italy, since Giethoorn is called “Venice of Holland”. Giethoorn is easily accessible by public transport which makes it even more convenient for students like ourselves to visit Giethoorn for a nice day out. Without any doubt, the best thing to do in Giethoorn is renting a boat to discover the small waterways of Giethoorn by yourself. Almost on every corner on the street, you’ll find a boat rental, providing electric boats which you can drive yourself. Take some nice bites and some drinks, and enjoy a nice day in the sun and exploring Giethoorn. After a day of boating, Giethoorn had plenty of nice restaurants to finish your tourist-in-your-own-country-day properly.

Dear internationals (and some Dutchies),

Do not confuse it with the world-famous Russian city of Saint-Petersburg, which is located in a slightly different country. The city of Sint Pieter is a neighbourhood in Maastricht and considered to be one the highest points in the mountainous land that is the Netherlands. There, you will face an opportunity to experience a wide range of attractions. While some of you may enjoy the sunset in the old castle, others may be interested in exploring the old plant and forest located in the neighbourhood (Go at night for a better experience).

Who knew such a place existed in the Netherlands?

Known for its (not exactly) mighty fortress and walled neighborhoods, Amersfoort is a cute city which has preserved a lot of its medieval history. Once poised to be an important junction in the Netherlands, its glory was snatched by nearby Utrecht when the railway line from Netherlands to Germany was constructed through Utrecht instead of Amersfoort as initially planned. Perhaps most famously, Amersfoort had its Stonehenge moment when 400 people rolled a boulder across the city so they could win beer and pretzels (don’t ask anymore questions). Today, the boulder is perhaps the most popular anti-climactic icon associated with a Dutch city. Also, legendary artist Piet Mondriaan was from here so be sure to pay The Mondriaan House a visit.

Boulder can be found with free McDonald's drink

Whether you are a flower-enthusiast or are simply curious to see how an exchange market works first-hand, it is worth visiting the Aalsmeer FloraHolland Flower Auction. With over a 1000 suppliers and upwards of 20 million flowers or plants sold each day, said trade centre holds the world’s largest flower, a horticultural must-see of the world. When you are visiting Amsterdam make sure to plan a trip to this extraordinary place in Aalsmeer, as you will be able to take a tour inside their hive-like flower warehouse, but also to watch the auctions. It is worth mentioning that, unfortunately, you will not be able to bid as only registered brokers are allowed to do so.

This is for all the cheese lovers out there! The cheese market in Alkmaar will sate both your metaphorical hunger for travelling (the city is absolutely delightful) as well as your actual appetite. The market itself dates back to the 14th century and marks the city’s main attraction with over 30000 kg of cheese, the equivalent of 2200 whole cheeses, and is on sale each Friday from April up to and including September. The market keeps in place many ancient traditions, with the cheese being weighed, carried and traded in the same way it used to be in the past. For this, they still use the 'zetters' (loaders), 'ingooiers' (cheese tossers) and 'waagmeesters' (weighers), all of which make for a grand spectacle. Also, if you are wary of the blistering summer heat, the market is also open on each Tuesday night in July and August. Hope you’ll enjoy it!