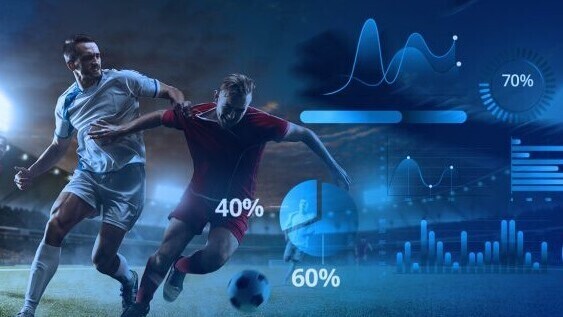 Sportonometrics - A Series of Statistical Analysis on Sports

Do you know those people who first praise a player of their favorite team but only after a disappointing result yell that their goldfish could do better?

Or a fellow student who claims that someone is the best tennis player because they haven't lost to Federer but the current number one Novak Djokovic did? If you are done with the subjective and unfounded opinion of others but interested in how you can defend yourself against it, you're at the right place.

The football pitch is very well known for its opinionism, which is – at second thought – also an opinion. Common examples are a father who screams at his son while he is lobbying to get him to a better team or a hooligan who repeats a sentence where he surprisingly guesses the job of the referee's mother. It's so common that even 'experts' can't avoid it. Nearly all so-called analysts are former professional football players who can do nothing but quote irrelevant anecdotes to make their point or journalists who can only describe the general opinion about the player or club in question. So, to present all the football fans another perspective, here are five essential performance metrics before you can talk objectively about football.

Expected goals is a performance metric that has already been integrated in the football vocabulary quite well. The data company Opta did obtain shots from 70000 matches and analyzed the probability that a shot would go in given the circumstances. The distance from the goal, the angle from which the shot is taken and if there are defenders between the attacker and the goal all influence the outcome of the shot and thus the value of the expected goal. For example, a penalty kick, an opportunity from 11 meters away, with no angle to the goal and no defenders in between, has a value of 0.79. In other words, there is a 79 percent chance that a penalty will be scored.

The first usage is to show the effectiveness of the best strikers in the world. Since 2014, Lionel Messi scored 22 percent more than he should have been, compared to 5 percent outperformance of Cristiano Ronaldo.

A couple of weeks ago, PSV lost to Willem II by 2-1. But looking at the expected goals, PSV should have scored 3.12 goals and Willem II only 0.18 goal. Expected points is pretty straightforward and calculates the chance that a team will win or draw given the difference in expected goals. Therefore, PSV will receive nearly three expected points as opposed to zero real points. This will create a new league table, based on expected points.

This is for example the current expected league table of the Premier League:

But there is a downfall by using the expected goal metric.There should first be a shot before the expected goal analysis can be made. For example, a through pass for a striker in front of an empty goal that won't be touched won't count for the expected goals. Therefore, expected assists would be a great replacement.

But again, there is again a downside because of the chances that aren't preceded by a pass, like a penalty. And surprisingly, Ronaldo overperformed with giving 17 percent more assist than expected, opposed to an ten percent underperformance of Messi. However, this can be misleading by the fact that he assisted nearly three times as much (and anyone who is thinking that I am a subjective Messi fan can read this article). https://www.givemesport.com/1512219-study-shows-lionel-messi-is-statistically-nearly-three-times-better-than-any-other-footballer   https://www.theperspective.com/debates /sports/messi-ronaldo-truly-best/

And even with all these, there are still players that are undervalued because the immediate actions aren't visible such as a pre-assist (a pass that precedes an assist), pre-pre assist, etcetera. Therefore, expected threat is introduced. For every location on the pitch, there is a certain chance that a ball in that area will ultimately convert into a goal. Therefore, by passing or dribbling to a more threatening area, a player contributes to the chance of scoring. That's what expected threat is all about.

Already in 2011, it was invented with the use of Markov Chains ( https://karun.in/blog/expected-threat.html ). However, it is still only used in the Premier League and the Champions league, so it is too little used to be widely accepted.

The last statistical metric is a specific kind of ball possession. Because ball possession gives a distorted view of who is the dominant side, field tilt only counts the amount of passes in the last third of the pitch of each side. This will give a better view of which teams are playing near the opponents goal.

This table clearly shows the conservative approach of both Tottenham and England and the huge difference in playing style when Real Madrid is losing.

That is the beautiful point of all these metrics: While watching football, you already have a feeling who is the best finisher, should have won, gives the most assists, progresses the ball the most or is the most dominant. These metrics only make your gut feelings concrete. How these metrics are used to recruit players will be discussed in the next article. But for now, you know how you could have a content-related discussion with friends.