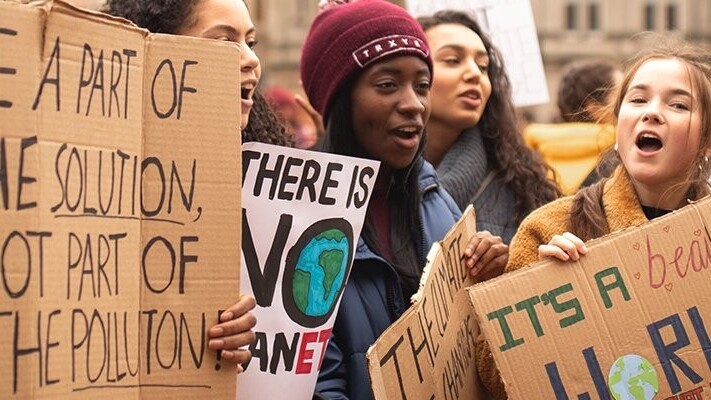 Now that the COP has ended, we can evaluate the developments that took place during the event. As we have come to expect in international conferences and summits, it is hard to tell if anything good has actually come out of it. Let us see what exactly has changed and what, unfortunately, remained the same.

The Glasgow Climate Pact is the crowning achievement of this year's conference. It consists of a series of propositions agreed by all Parties regarding the measures that countries should take to put climate change under control. It is also the most important agreement since The Paris Agreement of 2015, however, the devil is in the details.

It seems that countries' representatives still cling to the goal set out in the Paris agreement to keep the global average temperature increase at 1.5 degrees celsius by the end of the century. This would require a reduction of global emissions by 45% this decade, current predictions actually forecast an increase of 14%. However, with the current pledges set out in the Glasgow Climate Pact, this goal is nothing else than wishful thinking, if everything set out in the pact was implemented, the increase would be 1.8 degrees by 2100. The outlook is even worse if we judge by the actual actions taken by the countries, in which case we would see a 2.7 degrees increase which would be nothing short of catastrophic for the integrity of all ecosystems.

Just as a reminder China still means to let emissions rise until 2030 and only become carbon neutral by 2060, which is still better than India’s timeline which aims for carbon-neutrality by 2070. Two policies that do not really align with the ambitions of the pact. Both countries back their arguments by their need for growth and their dependence on coal and other fossil fuels, in accordance, they have strongly opposed the phasing out of non-renewable energies.

Moving away from fossil fuels?

There is something positive to be said about the fact that for the first time, a document agreed by the Parties mentions the transition that should be made from non-renewable energies to renewables. But, proposition 20, which calls upon Parties to “accelerate efforts towards the phasedown of unabated coal power and phase-out of inefficient fossil fuel subsidies”, is very carefully worded. The phrasing of this proposition was a highly contested point during the debate. Note that natural gas and oil power is not mentioned, and only inefficient fossil fuel subsidies should be phased out, leaving room for each country’s interpretation of this efficiency. This serves as a reminder that the transition to clean energy, which is key in reducing greenhouse gas emissions, is still a point of inflexion in the climate change debate.

Many small developing countries will come to terms with the fact that the lack of urgency that has been the norm during the last decades has not disappeared from the resolutions of the Parties (countries participating in the conference). As the Minister of Environment, Technology and Climate Change of the Maldives starkly put: "Please do us the courtesy to acknowledge that it does not bring hope to our hearts but serves as yet another conversation where we put our homes on the line, while those who have other options decide how quickly they want to act to save those who don't." There is, however, a silver lining to be found in the increasing influence of these small countries in the debates. Although far from being enough, it is observable in some of the propositions of the Glasgow Climate Pact that emphasize the need for an equitable way of tackling climate change focusing on improving access to finance for all countries, increasing the rate of technological transfers  between developed and developing economies, and continuing the development of capacity-building processes.

Furthermore, throughout the document it is hard to miss the focus on “country parties that are particularly vulnerable to the adverse effects of climate change”. Hopefully this attempt to highlight the differences in the severity of the impacts of natural disasters and changes in the environment is more than just a cordiality. For the affected countries, however, not enough is being done to hold the largest polluting countries accountable for climate change-related crises which are, to a great extent, their fault.

Unfortunately, the non-binding language that is natural in these pacts puts a lot of weight into each country’s ability and willingness to keep their promises. The Parties urged that “entities of the Financial Mechanism” which include private banks as well as U.N. entities and other intergovernmental organizations should provide greater access to financing in developing countries. However, all talks about greater financial contributions are stained by the fact that previous pledges by the Parties have not been upheld. Notably, the objective of providing USD 100 billion per year by 2020 in transfers from developed countries to developing ones has not yet been met. According to current predictions it may not be met until 2023 and even if it is met, there are UN reports that suggest that the number should actually be 10 times higher.

Well, some progress was made in terms of creating consensus on the fact that climate change action needs to happen faster than it has been. There has been more emphasis on the need for developing countries to have easier and greater access to financing. Plans have been set out to keep tabs on countries' efforts to tackle climate change and some of the language in the Glasgow Climate Pact is more in line with the reality of climate change. However, as always, at this point it is only nice on paper. The lack of accountability of countries for sticking to the commitments agreed in the conference warrants a certain degree of skepticism about the actual impact of the pact. Meanwhile some Parties are still clearly not in line with the goals of the conference. In the end, the Conference of the Parties, as always, leaves us wanting more.