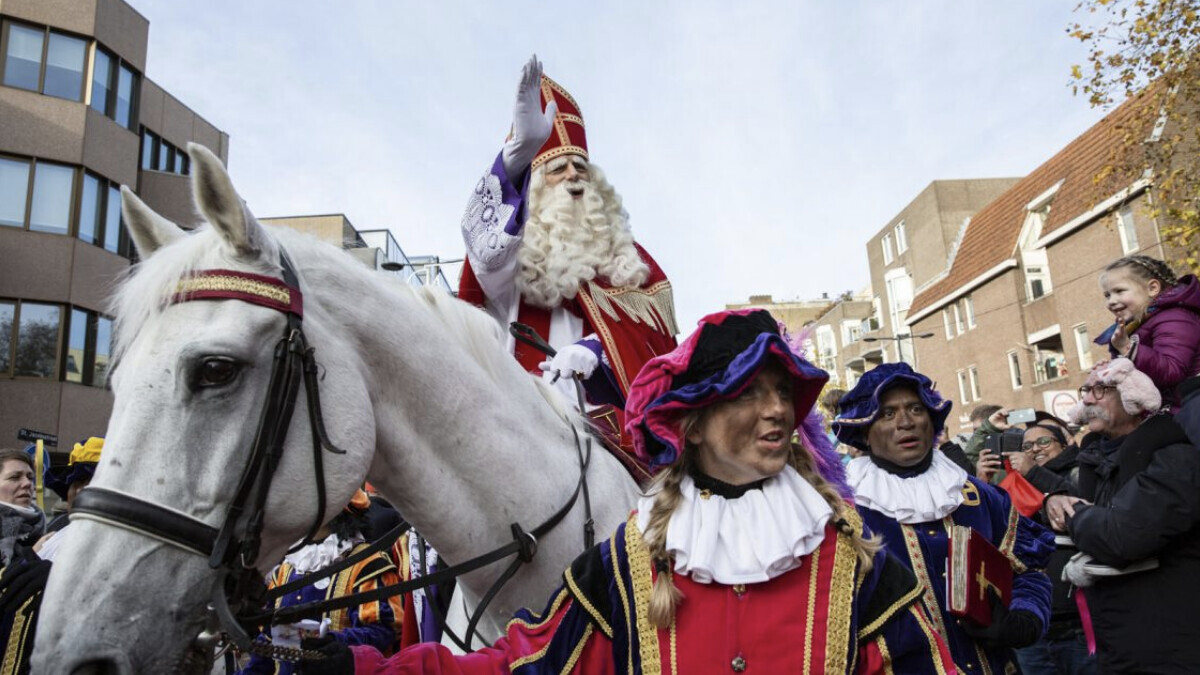 Every year Sinterklaas and his ‘Pieten’ arrive in November at a harbor with the ‘pakjesboot’ (his Steamboat) all the way from Spain and head off on his birthday, December 5th. What was a classic celebration cherished by most of us, especially while growing up, now is one heavily restricted due to corona. But for some of you, Sinterklaas still remains a distant affair; and so, it’s only right to give you a proper introduction to the festivities of Sinterklaas.

Where does this Dutch tradition come from?

The name Sinterklaas originates from Saint Nicolaas, the catholic saint Nicholas of Myra. He was an early Christian bishop of Greek descent around the year 300 AD in modern-day Turkey. Only a few stories about him are known; the most famous about a poor man that gets money from Nicholas such that his daughters can marry and not resort to prostitution. Interestingly, their wedding gifts were thrown through an open window. This is where the tradition of the Pieten throwing candy around is said to have originated from.

How is Sinterklaas celebrated traditionally?

The Arrival of Sinterklaas

It starts with the arrival of Sinterklaas and the zwarte Pieten (black Pete) where he waves shortly, while Pieten throws candies and peppernuts (pepernoten). But his arrival definitely isn't all rainbows and clouds for the rather "naughty" kids. Many parents threaten their kids that when they behave badly, Pieten will take them along in his backpack, right back to Spain. During the period that Sinterklaas is in the Netherlands, kids put their shoes at the hearth sometimes ( with a carrot in the shoe as a present for Ozosnel, the horse of Sinterklaas) and sing some Sinterklaas songs. As a “good” child you’re rewarded with a letter of chocolate, otherwise you’re left with a little sack of salt.

At ‘pakjesavond’ (presents night), Sinterklaas’ birthday, a piet comes by with a burlap bag with presents for all the members of the family. This night is also the night that Sinterklaas leaves the Netherlands quietly.

Recent changes in parts of the Netherlands

Throughout the years there has been growing controversy about the Sinterklaas celebration, specifically about the appearance of the zwarte piet. Critics state that the face of zwarte piet with his big red lips, curly black hair, golden earrings, and most important black painted face is an insult to black people. For purposes of demonstration, this can viewed the following site below (note that this image can be experienced as racism) (https://files.erasmusmagazine.nl/app/uploads/2017/03/07152715/Zwarte-Piet-Sinterklaas-2014-foto-Michelle-Muus-3-1280x852.jpg). Some black children are also bullied at their primary schools for being a zwarte piet. On the other hand, supporters of black petezwarte piet say that it is not meant as racism in any way; rather, that he originally became black by delivering presents through the soot of the chimney and is not referring to slavery. A few years ago, some local organizations changed zwarte piet into kaas piet (cheese piet) and others in roetveegpiet (soot piet).

Some groups find this to be too small of a  change and are pleading for the total abolition of any kind of Pete, where the major protest movement ‘Kick out zwarte piet’ is satisfied with the current change to roetveegpiet. On the other side, Supporters of a specifically black Piet think that the government organizations already went way too far by changing the tradition, especially because this is a sign of the times that the whole dutch culture is slightly changing into an international purely rational culture. In this discussion, there is also an element of tension between the countryside in the north and east against the cities in the west.

Now, back to the Sinterklaas Celebrations!

Ways of celebrating as adults

At nine years of age, parents send the crashing blow of reality at their children: that Sinterklaas and the Pieten are unfortunately only fictional characters with actors impersonating them. The celebration is then changed to 'loodjes trekken' where every member of a group makes a wishlist of presents they’d like to receive. Then all the lists are shuffled and every person gets a list of another person, for whom he or she has to buy some presents. But alongside the gifts, everyone has to write a poem and make a 'surprise', a kind of tinkered object in which the presents are hidden. Most of the time the presents, poems, and surprise is actually personalized.

Example of a surprise for someone who likes LEGO

While others would question why you would need to celebrate ‘Christmas’ twice, honestly, I struggle to see problem with that. Twice the amount of candy and twice the joy in everyone’s lives.

For someone who has recently started their life here in The Netherlands and hasn’t heard about this celebration at all, it is hard not to notice all the supermarket shelves full of chocolate letters and ginger cookies and not ask why.

Some would compare Sinterklaas with St. Nicholas day, which is often celebrated in other parts of Europe. While these two celebrations from the retroperspective carry the same idea of giving and receiving if you are eligible for that, as shown before, the story behind is quite different. Perhaps, just like any other celebration today in western world, Sinterklaas is becoming more and more consumption based, rather than spiritual. Regardless, it is indeed quite unique, charming, and spectacular ceremony and celebration, which definitely is a must see while you are in The Netherlands.

Key facts to take away: