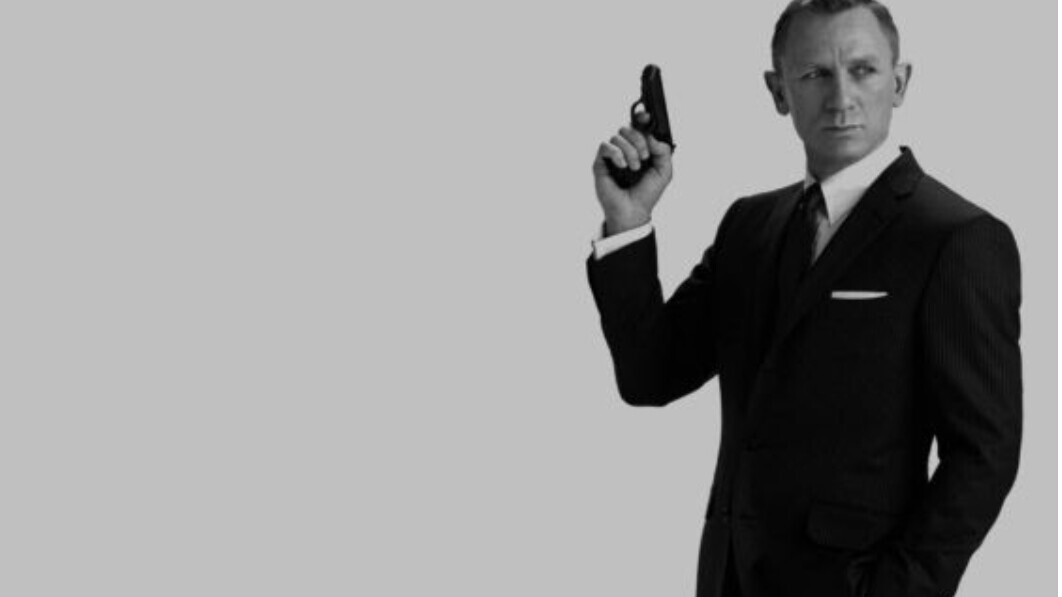 Bond, James Bond. British spy. Cultural icon. License-to-kill for Queen and country. Quick-witted and sharp-dressed womanizer. Alcoholic with exquisite taste and what nots. But, let me ask you this: what makes James Bond the suave secret agent the audiences adore? How does Bond change the world? Even more importantly, how does he change with the world?

Introduction: Who is James Bond?

We all know about the girls, gadgets, cars and villains. But is that what 007’s glamour is all about? For the past 50 years, the franchise has cast six actors in the lead role and has had to navigate the shifting demands of global culture and Hollywood trends. Irrespective of time or Bond actor, each movie typically centres itself around a woman in danger, the ultimate damsel in distress, who drives the plot forward; in addition to a brilliantly twisted villain creating suspense with plans of mass chaos and world domination.

When most people hear of James Bond, they don't think of Ian Fleming's character. Instead, they think of Sean Connery, the first actor to play the role and the one who basically crafted the public image of what Bond is and isn't. If you strip away British Intelligence and his gadgets and the women, what do you have? Not much, really. James Bond was an ordinary fellow, 6 feet tall, weighing 168 pounds, in his mid- to late 30s. The Brit had a “cruel” mouth (a 3-inch-long vertical scar on his right cheek) and short dark hair. He drove a Bentley and smoked up to 70, that’s right, 70 custom-made cigarettes a day.

The character of James Bond was conceived in Ian Fleming’s first 007 novel, 1953’s Casino Royale, and was based on the secret agents and navy commandos that Ian Fleming met while working for the British Naval Intelligence during World War II. Perfectly described as “A creature of his era” by his creator, Ian Fleming, James Bond had a passion for high-end cars, a refined palate and a sweet tooth for the ladies. But despite Fleming’s original design for his now-famous spy, the big screen-portrayals of 007 were illustrative of their period, from the paranoia-soaked heights of the Cold War to the global threat of drug cartels and rogue states.

Sean Connery, the quintessential Bond, was the first actor to portray the MI6 agent in 1962’s Dr. No. Connery, a working-class Scot who had refused an offer from Manchester United, was still a relatively unknown actor and far from the sexually charismatic spy Flemming curated. Obviously, the writer could not have been less pleased with Connery being cast as James Bond. Nonetheless, after his success in Dr. No, not only did Fleming state that he could never imagine anyone else in the role, but he ended up re-writing 007’s backstory to include a Scottish father as a remarkable tribute to the actor. In truth, Connery’s Bond was an unrepentant womanizer, a promiscuous routinely bedding and often roughing up women without so much a second thought. “A creature of his era”, indeed. Even if you disregard Bond's misogyny and overlook the racism of the times that permeates the movies, what you have is a shallow character who lacks substance. Bond never questions his missions or his relationship to women. Bond’s outdated representation of male power ultimately wears thin, especially after six movies. And to be fair, maybe that's the purpose of Bond.

Then, it was George Lazenby, an Australian car salesman turned underwear model turned actor, who had the difficult task of following in the footsteps of the Scot. Despite him being widely known as the only Bond actor to have done only one movie, he nonetheless succeeded in bringing a new dimension to the character. While Connery's 007 tended to treat women with disposable casualness, Lazenby's Bond was more emotionally complex; he discarded the coldness in favour of vulnerability and genuine connection. And did I mention that he falls in love? This never happened to the other fellow, indeed (that’s actually the first phrase spoken by Lazenby’s Bond). On a more personal note, though, what Lazenby brings to the role is not only keeping the action, sex, and espionage, but showing a Bond who genuinely cares about people surrounding him and is willing to sacrifice to make it happen. Something that Daniel Craig turned into a rampant success some decades later.

After a quick return of Sean Connery in Diamonds Are Forever, a terribly torrid affair, the lead went to Roger Moore who turned out to be the antithesis to Connery: silky smooth where his predecessor was sandpaper rough; silly and humorous where he was serious; light where he was dark. Moore recreated Bond as a more polished, sophisticated, and old-style debonair hero, but lacked Lazenby’s complexity and depth. He grins his way from exotic setting to exotic setting, sleeps with women whether it makes sense to him or not, and saves the world by disarming whatever device and killing the bad guy. With the Cold War thawing, the franchise struggled to find a foe with the same real-world resonance as SPECTRE (a.k.a. URSS) and resolved to address new world anxieties (i.e., the environment, nuclear disarmament, the tech industry) while opportunistically piggybacking on other successful movie trends. For instance, the producers sent Moore’s 007 into space in Moonraker as an attempt to capitalize on Star Wars’ ‘70s colossal success. The result: major flop. While we are at far-fetched plots and villains, Live and Let Die’s criminal mastermind planned to take over the Western world by addicting everyone to heroin. Had the villain succeeded, he would surely have driven Pablo & Co out of business, winning him the “drug kingpin of the millennium” award.

Ultimately, it was Timothy Dalton’s portrayal of the British spy that came closest to Fleming’s character, namely, that of a reluctant agent. The ‘80s AIDS crisis took its toll on the Western world and Bond was no longer a charming playboy, Dalton’s depiction of the character being more that of a chaste, almost to the point of sexlessness. Despite Dalton’s run ending after just two movies, it is worth mentioning that the actor made a decent try at instilling a harder-edged personality and emotional side into the character. And to Dalton’s defence, he really had little to work with, the plots being too grounded in reality and current events while the villains lacked much of the wit that the earlier Bonds squared off against.

Finally, Pierce Brosnan’s Bond, the Irish 007 with whom I grew up, meant a return to Q’s Sci-fi gadgets and more significant foes (i.e., a former MI6 spy turned rogue, a gorgeous oil tycoon and North Korea). By that time 007 was facing the North Koreans in Brosnan’s last outing, he was already driving invisible cars and fighting off laser satellites. Nonetheless, Bond changed with the times. Despite lacking Lazenby’s vulnerability, he was less overtly sexual and dominant over women and conscious of social opinions (Brosnan’s Bond did not smoke, except for a Cuban cigar in Die Another Day). He is one of my favourite Bond actors and watching Goldeneye with the knowledge that it would be his best Bond movie, I cannot but feel that his character never reached its full potential.

It took almost 50 years for the Bond franchise to give its main character a soul, with Lazenby and Dalton’s portrayals laying the grounds for Craig’s success. For most of the character's life on screen, he was a male power fantasy: a man who got the sexiest women, drove the fastest cars, had the best toys, and ultimately saved the world. He was a superhero without superpowers, and a human without humanity.

Despite Daniel Craig’s early stages of his 007 tenure being covered in sheer controversy, his interpretation of the fictional cold-blooded MI6 killer is more dangerous, flawed, emotionally damaged and egotistical than any other before him. With Connery's hard toughness, Lazenby's haunted romanticism, Moore's blasé nonchalance, Dalton's focus and Brosnan's charm, Craig may as well be the best Bond actor yet. While the agent’s character and plot developed in time, it was during Craig’s tenure that they reached their full potential. It was also during this period that the franchise slowly brought Bond and the other characters in the 21th century, form casting Judy Dench as Bond’s first female M, Naomie Harris as the first Moneypenny of colour, hinting at Q’s sexuality and finally, Lashana Lynch becoming the first female of colour to play 007.

Now, think of the usual Bond script, 007 defeats the villain and gets the girl, who would subsequently never be seen again. But Craig’s Bond has his heart broken twice and suddenly his past, the loss of his parents, growing up with a foster father, becomes an issue for the spy. Not everything revolves around him anymore as the other characters are given more weight than before. In Casino Royale, for instance, Craig’s first Bond movie, he failed to capture the villain, Le Chiffre, ending up being a mere pawn in a secret organization’s plots. Not only didn’t he leave Vesper Lynd in the movie’s ending, but he failed to save her from her untimely death. His Bond becomes human: he loves, he suffers and, in contrast to earlier versions, he is vulnerable.

With No Time to Die being Craig’s last outing as James Bond, the chatter about who will be next to take on the iconic 007 role began even before Craig’s swan song was released. Obviously, the next Bond will have to be strong, good-looking, credible enough physically for the stunts and romantic scenes, resilient enough to deal with the fevered British tabloid attention and to actually be on the lookout for a job. As it stands, Tom Hardy is the bookies’ favourite. While we do not know who the producers are eyeing up next, there are people out there who want to see a woman in the role. A female Bond could certainly make an interesting spin on an old formula, but let’s not pretend it would be revolutionary. Countless female-led action films (i.e., Red Sparrow, Atomic Blonde) have already achieved that.

“The answer to that is very simple,” Daniel Craig claimed. “There should simply be better parts for women and actors of colour. Why should a woman play James Bond when there should be a part just as good as James Bond, but for a woman?”

I do tend to agree and both Lynch’s Nomi and Ana de Armas’ Paloma could easily have their own movies or spin-off series. Now that the Pandora box has been opened, let me ask you this: would it really matter if James Bond were a female? One must not pretend that Bond is a paramount obstacle standing in the way of feminism, but rather him being simply another action hero. And in 2021, I doubt that a female James Bond would be viewed as a bold step forward for the franchise, but more as pandering, maybe even a little patronizing.

“He can be of any colour, but he is male. I believe we should be creating new characters for women — strong female characters. I’m not particularly interested in taking a male character and having a woman play it. I think women are far more interesting than that.” Bond producer Barbara Broccoli stated.

Craig’s films have already deconstructed Bond, to some degree, condemning his arrogance and misogyny, declaring him a bit of a dinosaur, a dusty relic who belongs in a museum. So, what next? We have no clue where the world, or the franchise, is headed. But if Bond's one-of-a-kind history provides any indication, the one thing that is certain is that whoever plays 007 next will be a hero of his — or her — moment.