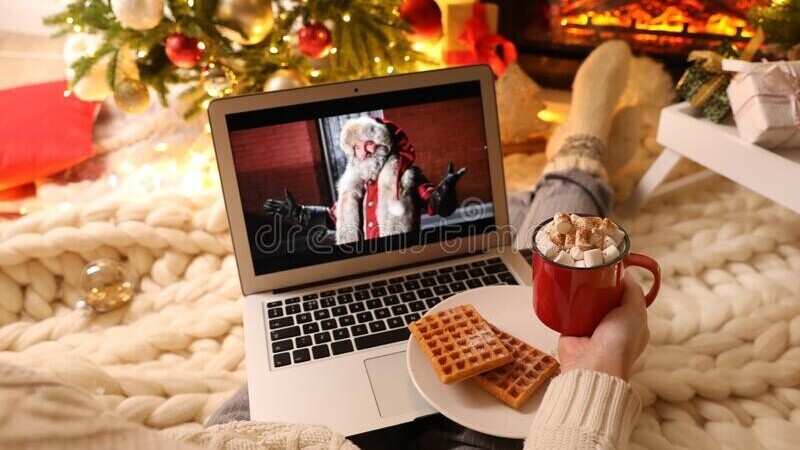 With exams now finally over and another complete lockdown in place, what better way to kickstart the holiday season than a perfect Christmas movie? The estimator has set out on rating a couple favourites ranging from classic movies to more modern ones. Whether you’re into comedy, fantasy, or even horror; we have included just the right Christmas movie to set you in the holiday spirit.

Frank Capra’s film “It’s a Wonderful Life”(1946) is one of the oldest movies on this list, for quality classic lovers, but still relevant to this day, and many days to come. This movie, like nothing else, will remind us to appreciate how wonderful our life is regardless that sometimes it seems like anything but. And is there a better time of the year to talk about wonders than Christmas?

The storyline will take you through the life of amazingly kind-hearted George Bailey, a man who puts his dreams on hold, again and again, for the betterment of his community and family, and his life, full of ups and downs, genuine love and hate, dedication and devastation, and that one Christmas night, when George lost his hope and was standing on the edge of the bridge.

The movie itself, even though filmed over 60 years ago, is absolutely beautiful, meaningful and wholesome. A lot of lines from its scenes are quoted even today and it has been a source of inspiration for a lot of people. Everyone finds something personal to take from it, so make a cup of hot chocolate and get ready for one more wonderful Christmas movie :))

A big American blockbuster, a true classic. Based on the book “Alias Madame Doubtfire”, the director of two Home Alone and Harry Potter films, Chris Columbus, had created one of the best comedy-drama films of 1993.

I can best describe it as a mix between ET and Home Alone. The family won’t leave the main character on purpose, but Daniel’s wife divorces and takes sole custody of their three kids. And not an alien, but an old nanny will join their family.  However, they don’t know that voice-actor Daniel, played by Robin Williams, is disguised as nanny Mrs. Doubtfire.

That gives a lot of funny situations, but also shows the existential and tragic need of Daniel to see his children. And after all, it is a perfect movie that you don’t have to see completely to get the hang of it. So please have a conversation with your two guests with this movie in the background and you’ll have an amazing evening.

Tim Burton’s The Nightmare before Christmas (1993)

This small scale stop-animation musical directed by Henry Selick has garnered a spot in most people’s holiday classics lists. This would be Selick’s directorial debut, oeuvre to which he would later add films such as Coraline keeping in line with The Nightmare before Christmas animation style and dark themes. Tim Burton’s involvement in its conception and production gives this movie the special kind of originality that he always manages to bring into his projects. Even though his involvement was somewhat overplayed as a trick to motivate audiences to go to the movies when the movie was released, his vision remains an important part of the movie.

The movie is based on a fantastical land where each of the Holidays has its own world. Most of its run-time is spent in Halloween Land. There we focus on the story of Jack Skellington (appearing in the picture above) as he becomes unsatisfied with his repetitive lifestyle of celebrating Halloween year after year. When by chance finds himself in the Christmas Land he decides to take over this year’s Christmas. Jack’s plans are accompanied by a great soundtrack as the movie has an impressive repertoire of memorable songs such as “What’s this?” sung by Jack as he discovers Christmas Land or “Oogie-Boogie’s song”.

This holiday movie has managed to become both a Halloween classic and a Christmas one. Its unique artistic style and characteristic dark atmosphere make this movie a one-of-a-kind holiday experience that everyone should enjoy at least once in their lives.

The film is available on the normal Disney+ subscription so if you have access to it, be sure to watch it during this Christmas season.

This is for the people who are not that excited about the Christmas family gatherings, the same old carrols, about the cousin piss-off contests, receiving gifts that you neither like nor use, the intrusive questions about your private life, etc. You got the point, right? By now, it should be clear why my friends call me Scrooge the whole bloody December. By the way, I whole-heartedly recommend you read Dickens’ A Christmas Carol, absolutely magical. If you’re not that fond of books, the cartoon is pretty decent too.

Now, let me tell you about Krampus, one of the few horror movies about Christmas ever to be made. I’ll be straightforward with you, it’s not Carrie quality, rather closer to The woman in black. While neither the kind of horror story to keep you up at night nor one that you watch on repeat, it does give a new spin on a tiring Christmas story: do good and Father Christmas gives you presents. Have you ever wondered what happens to those who didn’t behave well? There’s this Germanic legend that presents Krampus as the “shadow”, the devilish version of either Father Christmas or St. Nicholas. Nonetheless, both tales share the same core: while Father Christmas and St. Nicholas reward good behaviour and kindness, Krampus punishes bad behavior and selfishness. The movie tells this story head on, and while certainly not the best horror movie, it might make for great entertainment for you and your friends.

As Aaron already mentioned above, a rendition of this classic Christmas novel by Charles Dickens is definitely worth including. Although I’ve only happened to watch the animated Disney version, I thoroughly enjoyed the storyline of a miserable angry old man who hates Christmas. A nice little break from all the cheerful jolly of Christmas celebrations. The story essentially follows Ebenezer Scrooge as he, of course, declines an invitation to a Christmas dinner at his nephews and afterwards also rejects an employee’s request to spend his Christmas at home with family. Following which, he has an encounter with a ghost that haunts him with three spirits: The Ghost of Christmas Past, Present and Future. But is a journey through his life and a peek into the repercussions of the decisions he’s made during it enough for angry old scrooge to change his miserable ways?