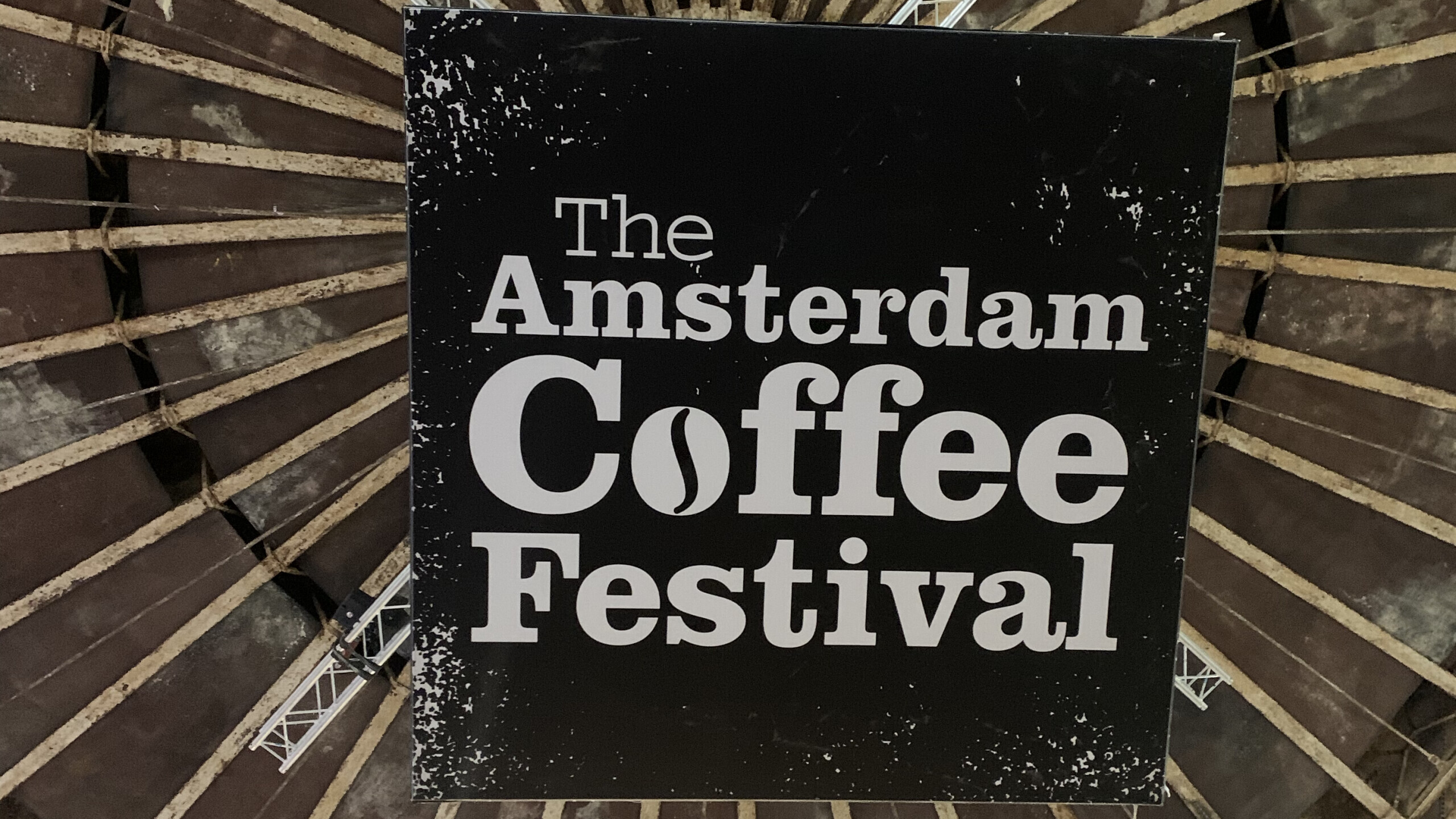 Back in early April, the estimator had the chance of indulging in what many would label as one too many cups of coffee. We embarked on the mission to attend the Amsterdam Coffee Festival and among us were daily coffee drinkers and Floris, who despises coffee (or shall I now say despised?). His presence was monumental for us, as it allowed us to walk him through his coffee intervention. In this article we’ll briefly take you along our coffee journey through some pictures and end off with the results of a survey we conducted on the festival attendees. Don’t expect us to point out the particulars of the amount of coffee we each had that day - far too many if you ask floris.

When we first entered the festival, there was chaos. There were little booths everywhere with different companies advertising their coffee machines, apertures, milk and much more. Besides that it was really crowded, so it took a while to get a hang of where to go and how to best start. But essentially how it worked was you’d walk around the different booths and get to try anything off their sample menu - for free. Screw outer banks, this was the real paradise on earth.

Firstly, we headed to the nitro brew stand and got ourselves some Nitro Cold Brew. While I rated it a 7, Floris came out with a 6. Which is still remarkable considering his dislike for coffee.

I also tried an excellent espresso made by the employees of FAEMA, an Italian company dominating the coffee machine market for both professional and home use. Definitely an 8.

Afterwards we headed to the CoffeexAlpro stand where we got a cup of coffee with our choice of plant based milk. I decided that Floris needs to try a Flat White to really form a right opinion on coffee. But I also decided that we should get almond milk. Do I even like almond milk? Well, no. In hindsight it wasn’t the smartest decision. But It wasn’t too bad besides the fact that it really overpowered the taste of the coffee.

A shot of Floris trying a Brazilian Blend Flat White with almond milk which he rated a 6.5. A whopping 0.5 increase from his last rating, a noteworthy development.

One of the highlights of the festival was surely the Guide to Latte Art for beginners. Although it was quite difficult to get a good view of the demonstrator as she was preparing the coffee, it was definitely still really helpful to understand some basics. First she guided us through the process of steaming the milk. The main message was to “use your whole body to steam the milk”. It really took us a while to understand exactly how that worked, I think even after eventually trying to do it myself, I remain very confused. Also you want to stay away from any movement that gives you the “ggghh” sound. That’s when you should know you’re really steaming the milk incorrectly. You want to work towards that soft “sshhh”. And another tip was to pour quickly and consistently when making latte art, so aim for a smooth straight pour of the milk.

It started off with..

An excited and overconfident lala who’s just volunteered to make her own latte art:

Then turned into a frustrated and concerned lala clearly not getting that “sshh” when frothing the milk. That’s also the moment the demonstrator lost hope on any chance of latte art with me involved.

What followed was chaos. Absolute chaos.

I was unable to come close to attaining that smooth and consistent flow. So here is a focused but lowkey miserable lala.

Afterwards we met up with Giedre to try out some specialty filter coffee. Here’s a cute shot of excited Giedre with her small cup of filter coffee:

We also tried out some incredible filter coffees prepared by Keen Coffee, a sustainable dutch company that provides all kinds of unique beans and roasts. My personal favourite was the El Diamante Geisha – Roberto Leiva from Costa Rica. The coffee had undertones of mango and truly smelled of vanilla and flowers. I certainly recommend that you try it out. (A 10 for sure). Naturally, this was the part where we lost Floris, he was not amused by the lack of milk.

After waiting in line for 30 minutes, we finally got to try the long awaited coffee infused cocktails. We tried the pre-prepared Mr tropical, a very fruity cocktail with a subtle kick of caffeine. It consisted of Whisky, spicy and fruity mexican liqueur, coffee liqueur alongside some passion fruit syrup and soda. However, we only got to try a very small amount. Here’s a shot of the cup compared to Floris’ hands for a proper size comparison. Whether or not it was worth the wait is a question that’ll remain unanswered..

During the festival there was also a cup tasting championship ongoing where 4 people would compete by identifying among three cups of coffee, the odd one out. It was quite thrilling getting to watch as the judge would walk around the stage, after everyone had completed the identification, and determine whether each person had identified the correct odd one.

Lastly, we conducted a survey to really get some insight on how much coffee people drink per day. And so we went around asking simply “How many cups of coffee do you drink per day?”. The results were too normal. In fact, normally distributed.   We definitely had a couple outliers, like some people who didnt drink any coffee?? (excluding floris) and a brazilian coffee roaster who drinks about 10 per day.. Overall, the average was around 4 cups per day which is quite high but very reasonable considering the sample which only consisted of coffee festival goers.. Anything less would’ve been peculiar.

Overall it was a great experience, especially getting to try so many different blends and kinds of coffee drinks. You do certainly get a good deal for the €16 entry fee as the coffee you get to try is almost unlimited ;) And a long awaited final update on Floris, he had actually enjoyed the festival very much, a successful intervation after all!