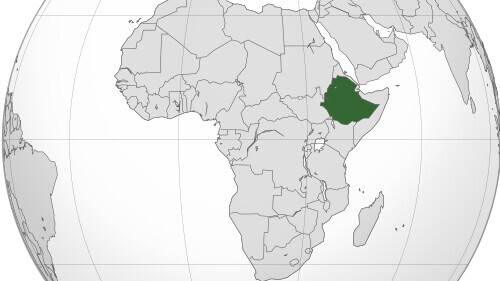 We seem to be entering a new “new normality”, a term that originally referred to the new lifestyle that Covid-19 imposed on us is now phasing into a constant state of political instability. Ignited by Putin’s invasion of Ukraine, fuelled by inflationary pressures and supply shortages this new state of the world seems to have us all on the edge of our seats, anxiously hoping for a way to go back to the last time the world felt normal, before the year 2020 flipped our lives upside down. However, this narrative, although compelling to the average European reader, fails to reflect the fact that in many areas of the world, this new normality has been their status quo for much longer. Maybe now that we are faced with similar threats, we will be more equipped to understand and empathise with people who have been facing violence head-to-head in other parts of the world. In this new series: Conflicts Around the World I will try to give a timeline of how violent conflicts around the world started and how they are affecting civilians in their country and neighbouring states.

The first conflict I want to highlight concerns the Tigray region of Ethiopia. The country consists of ten regions and a central government, which controls politics at the national level. The start of the war can be traced back to escalation of the tensions between ethnic groups in recent years. The Tigray’s region party, Tigray’s People Liberation Front (TPLF), had dominated the national government’s ruling coalition, the Ethiopian People’s Revolutionary Democratic Front (EPRDF), for decades. The current prime minister, Abiy Ahmed was a charismatic young leader which led this coalition until 2019 when he formed a new political organisation, named the Prosperity Party. It is important to note that Mr Abiy was considered a herald of peace and progress by the West and the Ethiopian people. He led progressive reforms towards gender equality and struck a peace deal with Eritrea, one of Ethiopia’s bordering countries. All these accomplishments led to an increase in his popularity and a Nobel Peace Prize in 2019.

The increasing ethnic violence of the years preceding this separation set the tone for the hostile environment between Mr Abiy’s party and the TPLF which eventually developed into a war. Following various delays of parliamentary elections in 2020 for which the central government blamed Covid-19, the TPLF defied the national government and held regional elections in Tigray, which they won. Mr Abiy condemned the elections and accused the TPLF of attacking government military camps and began what he originally referred to as a “law enforcement operation”. He declared a state of emergency in the region and deployed the army in Tigray’s capital Mekelle. This situation quickly escalated into a war between the regional and national government with numerous reports of human rights violation against Tigrayans.

Mr Abiy, once seen as a peaceful leader by the west was now the face of what the US called an ethnic cleansing against the Tigray people. Ethiopian and Eritrean troops are now blocking aid routes and creating a man-made widespread famine in the region. The UN has made numerous calls to open routes to deliver food and medicine to starving civilians as hospitals run out of food, but the government has not been very cooperative. According to the World Food Programme, around 400,000 people are in famine-like conditions in Ethiopia, which is currently one of the largest food crises in the world. A cease-fire was struck in March with the condition that aid trucks were allowed to enter the Tigray region. Although the cease-fire is hard to implement as there are many militias engaged in isolated fighting, aid convoys have been allowed to enter the region, albeit only providing a fraction of the resources needed.

A continuous communications blackout makes reporting on current developments of the war an almost impossible task. However, reports from Reuters indicate that the conflict now is centred around the Afar and Amhara regions, occupied by Tigray fighters. The regional government of Amhara, backed by the national government, has been accused of human rights violations as well as ethnic cleansing against the Tigrayan people by Amnesty International and Human Rights Watch. By April 25th a Tigrayan spokesperson claimed that the army had left the region of Afar, however, the reasons or consequences of this move are uncertain.

Although the cease-fire has provided much needed access to civilians in the Tigray region, there is still no clear end in-sight of this war which has claimed thousands of civilian lives and is the cause of one of the largest humanitarian crises in the world.

Every war or violent conflict happening around the world should be treated as a reflection of the international status quo. The reaction of different countries to a war can shed light into their internal affairs or future plans. Since the war started, China, and probably more significantly Russia has opposed intervention by the UN and has considered the conflict to be an internal affair of Ethiopia. Considering that neighbouring countries such as Eritrea seem to be involved, this statement is not a very convincing argument. Perhaps by observing how easily a country turned their back to a humanitarian crisis we would have been less surprised to find out that its leadership is going down the wrong path.